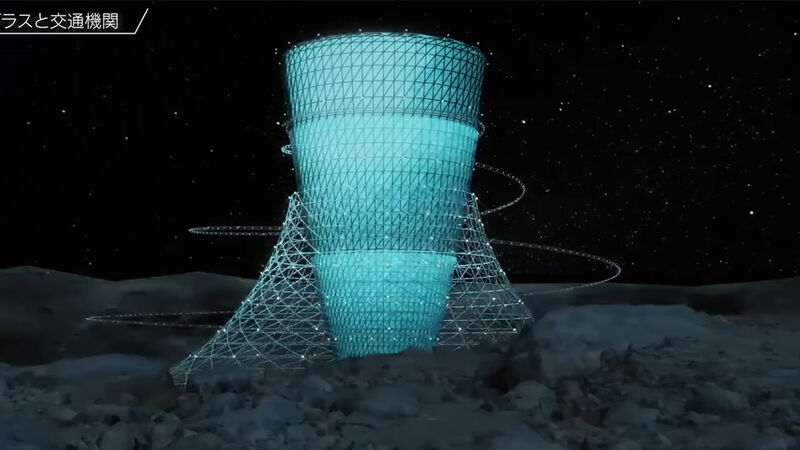 Human colonization of the Moon and other planets may still be many decades away. However, its return to the Moon is now a matter of time, as the first manned missions to Mars are in the works. Japanese scientists plan to create a small prototype by 2050.

A solution for the future of our life on other planets has already been designed thanks to engineers and researchers from Kyoto University and the Japanese company, Kajima Corporation. Their project is called “The Glass” and it seems to be taken literally from a movie or science fiction book, as its goal is to simulate the Earth conditions on the surface of the moon – and not only that.

The shape of the installation resembles a huge jar, which rotates every 20 seconds in order to achieve the desired level of gravity and to simulate the necessary earth conditions inside. In its original form, this glass will be placed either on the surface of the Moon or Mars and will be 400 meters long.

This is an idea on a smaller scale however, first proposed by the famous science fiction writer Arthur C. Clarke and later translated into scientific terms by Professor Gerard O’Neil. He had referred to the creation of giant cylinders several kilometers long and wide, which would be located in space and would simulate the gravitational, atmospheric and climatic conditions of the Earth. We have seen something like this in films like Christopher Nolan’s Interstellar.

In these glasses, its creators say that water will flow, there will be forests that will simulate Earth’s ecosystems, while boats will also move on it. In fact, there will also be a special space train as a means of transport, which they call the Hexagon Space Track System.

“There is no such plan in the projects of any space agency or company. Humanity is from the era of staying in Space to that of staying on the Moon and Mars. What kind of environment and facilities are required to achieve this? What technologies and conditions are needed for the existence of a safe residence, for the production of food, for clothing and also for building a social system on the Moon and Mars?” Kajima Corporation notes for this project.

In this article:Japan, Mars, moon