In early October, on many UFO channels, two very unusual UFO videos were discussed. Their unusualness is that, in contrast to many similar clips, their reliability is beyond doubt and the “discs” can be seen very well there – you can even see some details.

The first video was filmed from the International Space Station. For readers who, due to the remoteness from the city, have too expensive traffic, we present an enlarged program image of the “plate”

Well, this is the video itself:

A lot of incomprehensible video material comes from the ISS, but most often there are either just luminous objects in the frame, or some vague shadows, which skeptics later call pieces of foil, but here it is definitely not foil, and in general terms you can understand how these “saucer plates” look.

The second very unusual video was filmed the day before over the state of New York:

Direct link to the original mufon.

This is not a computer graphics, nor a secret drone. This is a TR-3B, which, as we can see, exists and can be viewed in detail. In the center there is some kind of basic, apparently, an engine, three engines (nozzles?) in the corners and they obviously work on some other principle – their color is different.

What are the three small lights along one of the edges of the triangle is not clear. Either it is some kind of device for taxiing the apparatus, or signal lights. And this thing bears little resemblance to some kind of “extraterrestrial device”, which causes more and more concern among people. Why?

If the Pentagon has had such aircrafts for a long time (triangles have been observed in the sky for at least 30 years), then why all this circus with F-35 and other airplanes? To keep people busy in their production and rip off money from buyers? Or are the squadrons with these strange vehicles not under the control of the Pentagon? But who do they obey then?

A good explanation suggests that Trump and his Space Forces are behind these secret ‘ashtrays’. That is, either these TR-3Bs report directly to him, or Trump was promoted to the White House by the people who are behind the development of these devices. And now, visually flying over some cities of the United States, some secret military from Area-51 made it clear to the Deep State who is in charge in America and in the world in general:

The second possible explanation for the flashes of TR-3B is already very pessimistic and suggests that the military behind these technologies is precisely the same Deep State. In this case, the collapse of America is a foregone conclusion and no Trump can do anything there.

In any outcome of the elections, first unrest will begin in America, then China, the UN and other “peacekeepers” will climb there to restore order, during which the Chinese MiG-21s will bring down F-35 packs, since an invisible UFO will fly in front of them and do all the work … And the whole world will be surprised by the “great Chinese power”.

Then China will begin to establish its own order, spreading hegemony throughout the world. Someone will fall under it voluntarily, but someone will not agree with such a new order and a hefty war will begin that will cover the entire planet. The last battle will obviously be somewhere in the Syrian desert, where the Chinese, according to prophecies, will bring 200 million people. And at that moment, TR-3B will appear from the clouds and burn all the army – both from one side and the other.

Further landing ramps will fall, some cyborgs or genomutants will be dumped from the miracle-ships in formation and will report that so they say and so – from now on we will all live without wars, according to new rules, in a new global and friendly world. This will be followed by a general command to chip.

We do not know which of the options is correct. We hope for the first, but the second is also not excluded. Everything will become more or less clear only after the US elections…

Advertisement. Scroll to continue reading.
In this article:Pentagon, TR-3B 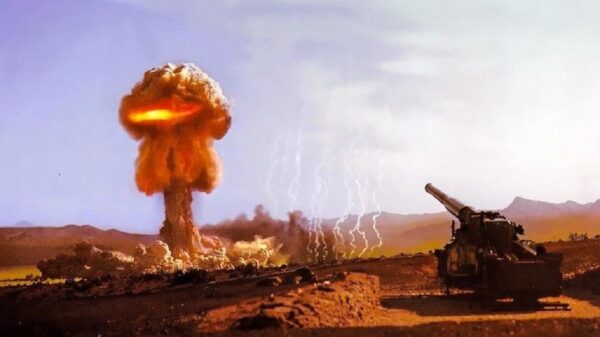 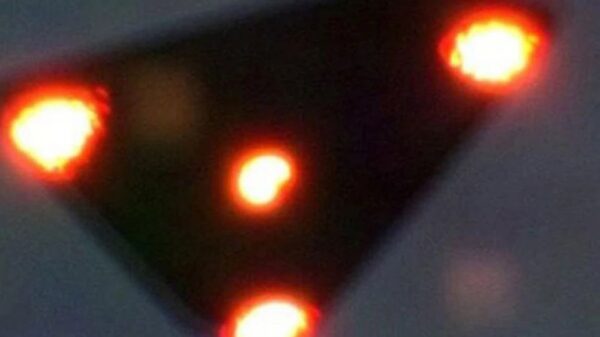 Show of force: A mythical TR-3B was filmed over the Gulf of Mexico

In 1989-1990, triangular UFOs massively appeared in Europe. Most often, for some reason, over Belgium, from which they got the name “Belgian triangles”. And...