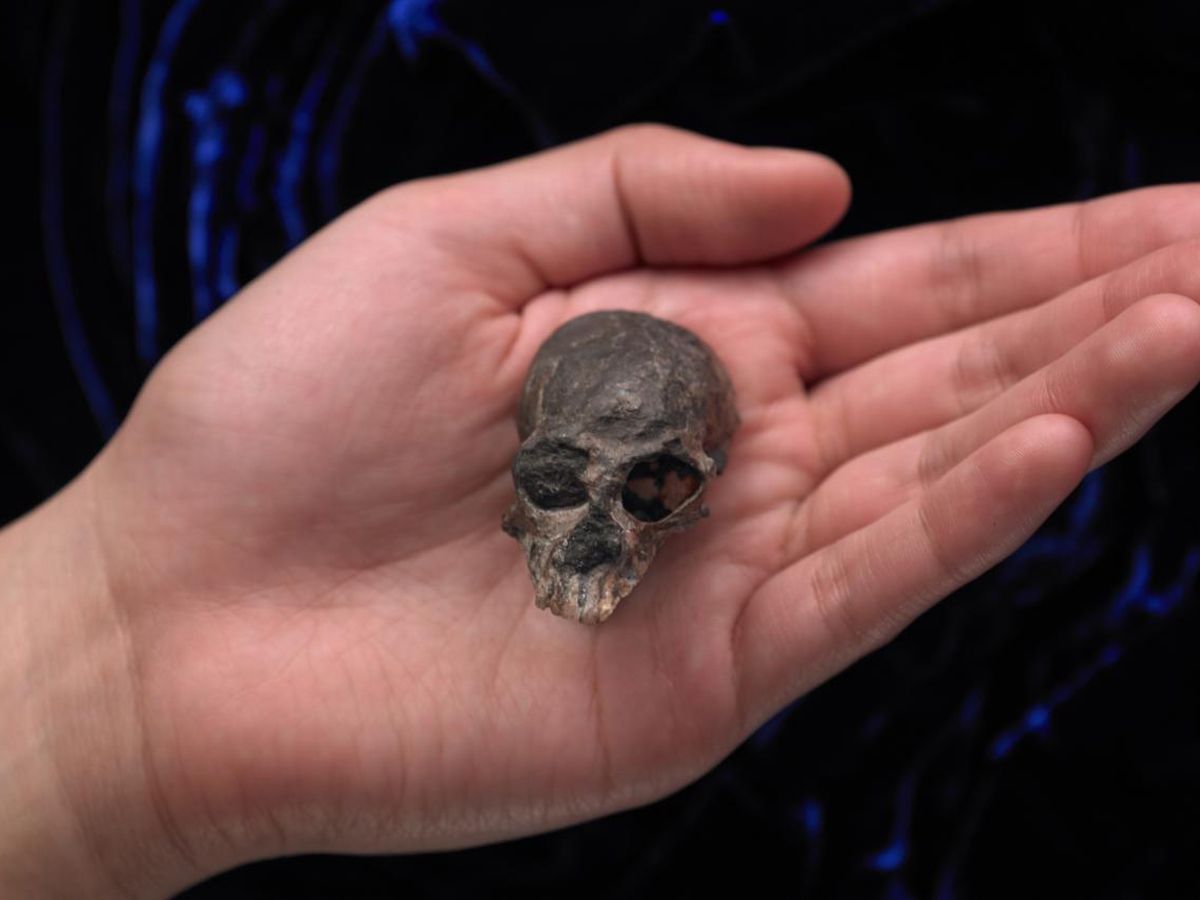 A tiny 20-million-year-old skull has shed new light on the mystery of brain evolution in primates, including humans.

It has long been thought that the brain size of anthropoid primates – a group of modern and extinct monkeys, humans, and their nearest kin – progressively increased over time.

But research on one of the oldest and most complete fossil primate skulls from South America indicates enlargement occurred repeatedly and independently, with occasional decreases in size.

The study, published in the journal Science Advances, involved a detailed study of a 20-million-year-old anthropoid fossil discovered high in the Andes mountains of Chile.

Lead author Xijun Ni, a research associate at American Museum of Natural History, said: “Human beings have exceptionally enlarged brains, but we know very little about how far back this key trait started to develop.”

Previous research provided a rough idea of the animal’s encephalisation, or the brain size relative to body size.

A high encephalisation quotient (EQ) signifies a large brain for an animal of a given body size.

Most primates have high EQs relative to other mammals, although some primates, especially humans and their closest relatives, have even higher EQs than others.

The resulting phylogenetic encephalisation quotient (PEQ), to correct for the effects of close evolutionary relationships, for Chilecebus is relatively small, at 0.79.

Using this, the researchers confirmed that cerebral enlargement occurred repeatedly and independently in anthropoid evolution, with occasional decreases in size.

For the first time, researchers used scanning and digital reconstruction methods to analyse the fossilised cranial cavity of Chilecebus.

Their results revealed an intricate brain structure with unexpected proportions, and hint that the internal structures of primate brains may not have grown proportionately larger as brain size evolved.

The researchers also measured the eye socket of the skull and the opening to the optic canal, where the optic nerve would have been located.

The size of the olfactory bulb, a structure involved in sense of smell, was measured too.

Although the olfactory bulb was proportionately small, suggesting poor sense of smell, the researchers were surprised to find this weaker sensibility was not offset with an enhanced visual system, as seen in primates today.

This finding provides some of the first clear evidence that the visual and olfactory systems were decoupled during anthropoid brain evolution, the authors say.

John Flynn, the museum’s Frick curator of fossil mammals, said: “Chilecebus is one of those rare and truly spectacular fossils, revealing new insights and surprising conclusions every time new analytical methods are applied to studying it.”