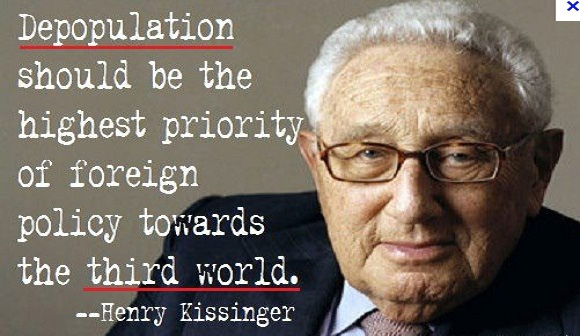 As men play with god-like powers such as weather modification, parts of the world suffer from drought and famine.

In some parts of the US and the world crop yields are at all time lows not seen since the 1970′s.

In fact, parts of the country have also sustained record drought levels in 2012.

CHICAGO — Drought damage to corn and soybean fields in the United States, the world’s top grower and exporter, is eroding supplies of the nation’s two largest crops to below year-earlier consumption levels for the first time since 1974.

The government is expected to say today that the U.S. corn harvest and inventories on Sept. 1 will be a combined 11.604 billion bushels, less than the 12.33 billion consumed and exported last year, according to a Bloomberg survey of 31 analysts.

Supplies failed to top usage from the previous year only twice since 1960 for corn and five times for soybeans, U.S. Department of Agriculture data show.

Record heat in June and July sparked the worst drought since 1956, sending corn and soybeans prices to record highs.

Our Planet is Being Terraformed

Although technology has allowed men to posses god-like powers, most are not mature or sane enough to use them.

Now declassified this study has since unfolded literally right before our eyes.

Was Kissinger a visionary, or was he significant in forming a blueprint for a sinister global depopulation agenda?

Are more food shortages to come?

In an article posted on the Hindustan Times website, N. Chandra Mohan cites Mark Thirwell, Director of the International Economy Program at the Lowy Institute for International Policy in Sydney, Australia.

“This is not the first time in modern economic history that the Malthusian spectre of global food shortages has stalked the world economy,” writes Thirwell.

“Surges in food prices in the 1970s and then again in the mid-1990s both prompted warnings that agricultural capacity was failing to keep pace with a growing world population. Each time the prices jumped, it proved to be temporary as supply responded.”

Mr. Mohan believes, this time around, there will be no supply ready to respond. He links this dire situation to “policy neglect of agriculture” and “climate and environmental degradation.”

Did You Know that You are Being Depopulated? LEARN MORE(Ad)

Now, here in 2012, things have spiraled down to a whole new level as some families are holding out on eating 1 day a week due to economic and or food related hardships.

World grain prices have risen so high that families in poorer countries are being forced to schedule “food-free days” each week, according to one of the leading experts on global agriculture.

The extreme rationing is an “an unprecedented manifestation of food stress,” according to Lester Brown, president of the Washington-based Earth Policy Institute, and the most respected environmental observer of food and agricultural trends.

While regional food shortages are far from uncommon, the sheer number of people in the developing world who can no longer afford to eat every day has appalled humanitarian workers.

“We have not seen this before, where a family systematically schedules days where they do not eat, when they know they can’t buy enough every day so they decide at the beginning of the week, this week we won’t eat on Wednesday or we won’t eat on Saturday,” Mr Brown said yesterday.

Shepard Ambellas is the founder & director of theintelhub.com

A FORMER politician sensationally claims the legendary Illuminati is REAL and secretly trying to run world affairs from behind the scenes. Simon Parkes, a...