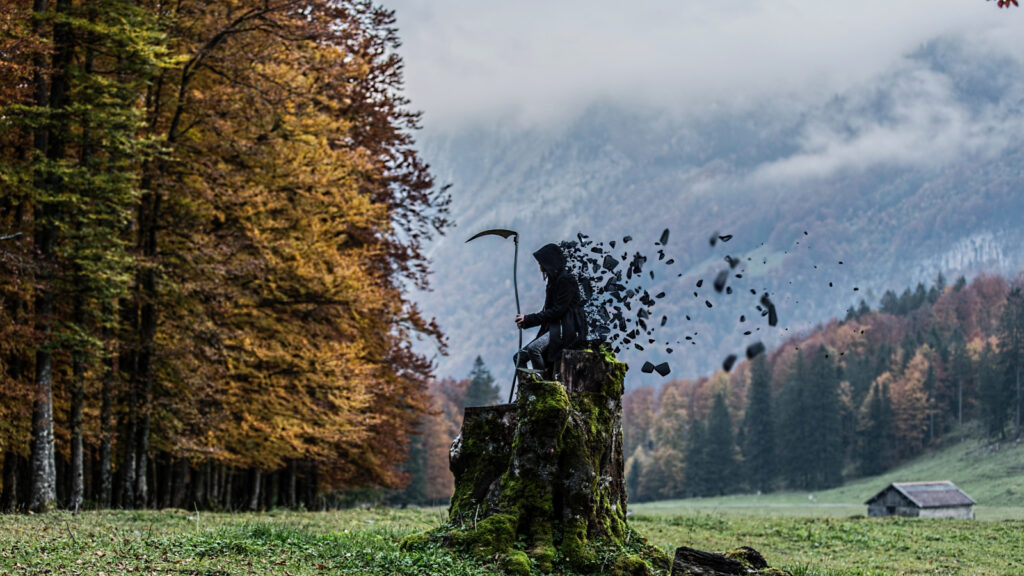 Here they are, three, absolutely passionless, indifferent, faceless Gods and goddesses of evolution. Three who absolutely do not care what you feel, think, seek and experience. Three who are unaware of your existence, but to whom humanity owes its appearance.

Gods and goddesses, to whom people make sacrifices, scrupulously collecting bones in the sand, fragments of the remains, trying in vain to find traces, evidence of their existence, at least partly reasonable, logical, more or less sane. Gods born in the heat of disputes and doubts, statements and various assumptions.

Surprisingly, the faceless trinity creates creatures with many faces. The unruly gods create and bring forth those who seek rule. Deprived of morality, they become a source of morality containing and guided by it. Absolutely meaningless, they are at the head of those who are preoccupied every day with the search for meaning in the endless whirl of daily affairs and worries.

Tragedy comes at the moment when a being suddenly shows signs of recovery, begins to ask questions that go beyond the usual circle of things, show signs of anxiety and behave as if he had found something truly truthful, pure, true. It is a tragedy when, in his daily experience, a person does not find confirmation of the postulates taken for granted, for one simple reason – everything inside the person opposes the order of things, screams in rebellion!

Death, represented by the main engine and selection, is especially hostile to such a being. It is not pleasant, even disgusting.

Time and Chance are also not on the side of the being produced by them. Man tries to catch up, deceive them, clinging with all his might to Life, standing alone on the sidelines, naked, covered with wounds and abrasions, ridiculed, but so close and dear.

Life, conscience, order, peace, prosperity, goodness, love – qualities not inherent in the gods of evolution, but somehow miraculously overflowing in abundance in their creations. Yes, and they cannot be called creations, due to a conflict of interest, for the simple reason that these are forbidden terms in the school of life that arose by chance.

What is left for the poor creature, generated by them? What to do when tears constrict your throat, when crying and the call of despair breaks out of your chest? Who will hear if a giant void of boundless space, cold and indifferent, apathetic and gloomy hangs in front of you?

None. That’s the truth.

Any person who stops his run for a moment, who thinks, will surely find traces of the One who shows the deepest interest in each of us, for we are His children, creatures created in the Image and Likeness, bearing the imprints of His fingers, feelings, abilities and views.

Nature, the animal world, people, all this did not arise by chance, not thanks to billions of years of mutations, controlled by natural selection and death.

The world and peace in all its splendor is a derivative of the will of the Creator, directed by Him and conceived. Everything around screams about order, plan, decisions taken far beyond human knowledge and experience. 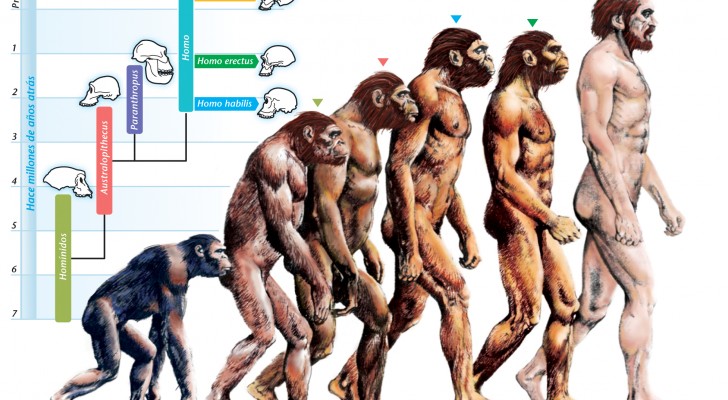 *We are aware that this is a controversial topic, with lots of information to look at. This is a tidbit, and we just wanted to express...