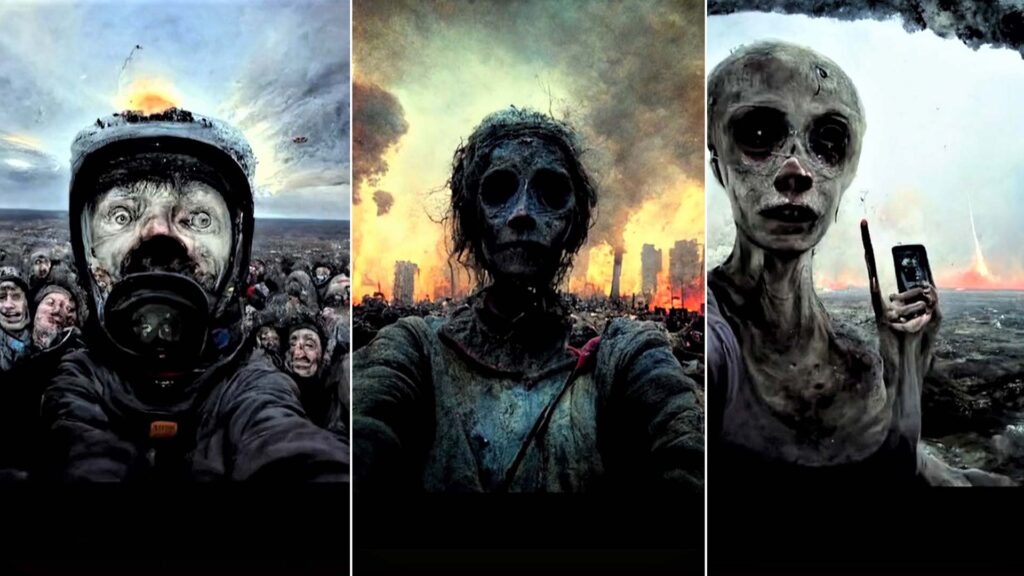 A TikTok account has gone viral after allowing users to ask questions of an artificial intelligence app that presents dystopian selfies about the end of humanity.

The photos that have been posted have made the rounds on the internet and show dystopian scenes, such as people with severed hands, holding a cellphone, faces disfigured by burns or diseases, as well as people who are somewhere between cyborgs and aliens.

According to Open AI DALL-E mini AI was created in 2021 and is the model of a transformer language that can turn almost any idea into images.

“It considers both text and image as a single data stream. It contains up to 1,280 different probabilities and is trained using the maximum likelihood to generate all the different cases, one after the other,” it says.

Thus, this training process allows the application not only to create an image from scratch, but also to regenerate any rectangular region of an existing image that spans the lower right corner, in a way that is consistent with the text message.

Here are some featured images from the ‘Robot Overloards’ account:

In this article:Artificial Intelligence, TikTok