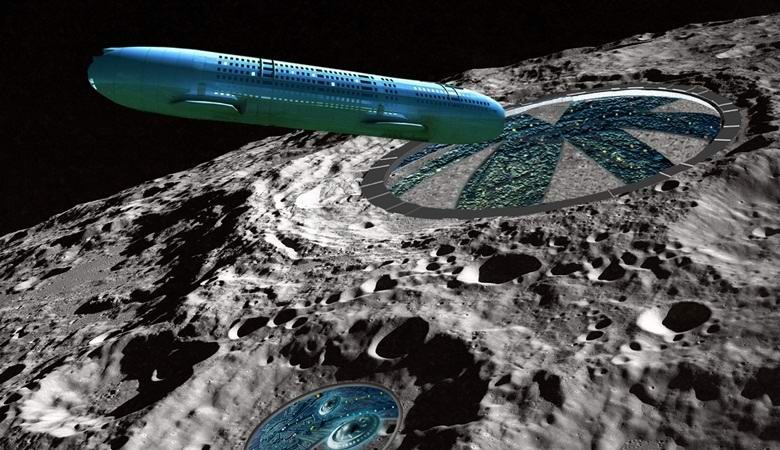 Ufologist, virtual archaeologist Scott Waring reported on an unusual find in the images of the lunar surface obtained by the Apollo 9 mission.

According to the ufologist, the images of the moon captured three giant cigar-shaped UFOs that flew past the natural satellite of the Earth. The researcher emphasizes that these images were obtained by NASA, indicating some credibility of the source.

In addition, the ufologist believes that this cannot be a scratch or defect on the lens, since NASA purchases only high-quality and high-performance parts for its scientific research.

The fact is that the original image of the Moon looks too dark, and Waring just added a little brightness to it to better see the details. He believes that NASA is deliberately darkening some images that could reveal the truth about alien life. According to Waring, NASA knows everything about alien ships plying the solar system, so it does everything to hide this fact. Earlier, the ufologist announced a huge 8-kilometer starship , which, in his opinion, is hiding in a lunar crater. A snapshot of the southern surface of the moon, which was investigated by Scott Waring, is in the official archives of NASA. It was received by the Clementine mission probe. The ufologist believes that the alien spacecraft has a length of 5 to 8 kilometers. The object has two sleeves on each of the four sides, and its center is circular. Scott Waring wonders why NASA is hiding such findings from the public. The moon is 384,000 km from Earth, and we rely on images from the US space agency.

NASA, the ufologist believes, takes advantage of the fact that no one can get there. He is confident that sooner or later the presence of life on the moon will be revealed.