Planets may be orbiting a black hole just as our own planet orbits the sun. Imagine a planetary system of an almost unimaginable scale – tens of thousands of worlds, each ten times the mass of the earth, all orbiting the same supermassive black hole.

Sounds absurd, but can this system really exist?

We are accustomed to cosmological models that describe the formation of planets from a protoplanetary disk around stars. 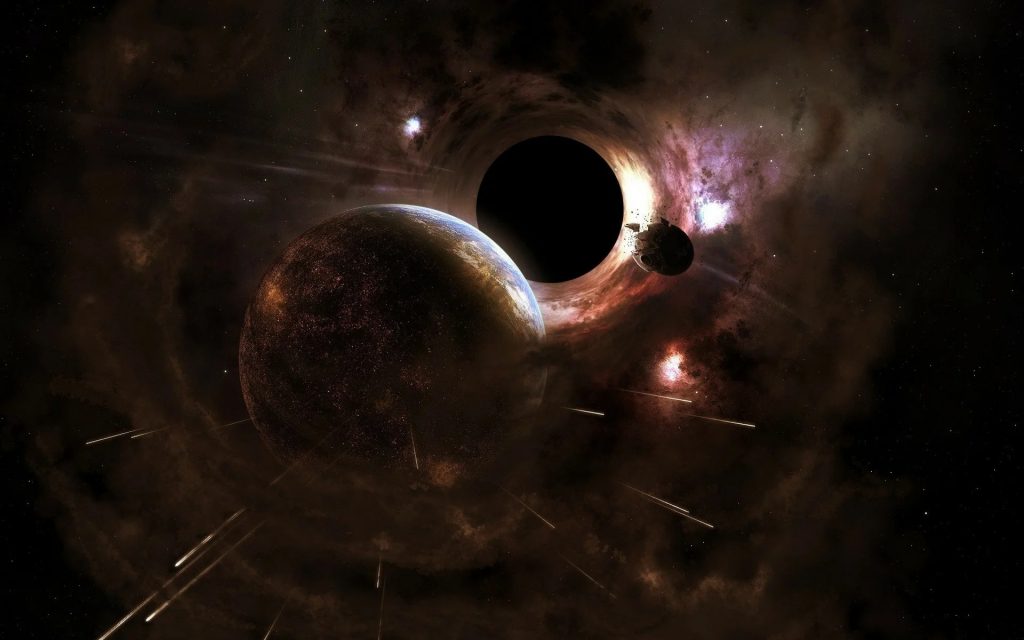 However, computer simulations by a team of Japanese astrophysicists shows that thousands of planets can form in the orbits of supermassive black holes.

Scientists came to the conclusion that at a distance of about 3,000 light-years from the supermassive black hole, rather comfortable conditions are observed where planets can form from dust particles.

Modeling showed that basically planets with a mass of 1 to 10 terrestrial are formed, and their origin takes about 100 million years.

Keiichi Wada, Yusuke Tsukamoto and Eiichiro Kokubo, who led the study, described the process of planet nucleation in detail: tiny particles of dust collide at low speeds and in some cases, sticking occurs. When the fragments acquire a size of more than a centimeter, the process accelerates sharply and so on until the appearance of a whole planet.

With the right conditions, planets could be formed even in harsh environments, such as around a black hole

The key to this idea is the understanding that the dust disks from which the planets form do not only occur around young stars – they can also occur around black holes. Why then can’t planets form in this environment?

Eiichiro Kokubo of the National Astronomical Observatory of Japan said:

Our calculations show that tens of thousands of planets with ten times the mass of the Earth could be formed around ten light-years from a black hole.

Around black holes, there might exist planetary systems of astonishing scale.

To get an idea of ​​this scale – the dust disk around a supermassive black hole can contain something about a billion times the mass of a protoplanetary disk around a star.

It is noteworthy that some of these planets may be habitable.

The team of Czech astrophysicists from the University of Palacky, led by Tomáš Opatrna, proved that not just planets, but inhabited worlds can form in the orbits of black holes.

The accretion disk is capable of producing a sufficient amount of heat and light, which means that a black hole in some sense could act as a source of lighting and energy, replacing an ordinary star.

Undoubtedly, a planet in the orbit of a supermassive black hole will receive significantly less energy than the Earth from the Sun, but in any case this would be enough for a primitive life to arise there.

In fact, detecting the planets in such a system will likely be a big challenge.

It turns out that in the film “Interstellar” the truth was much more than fiction. 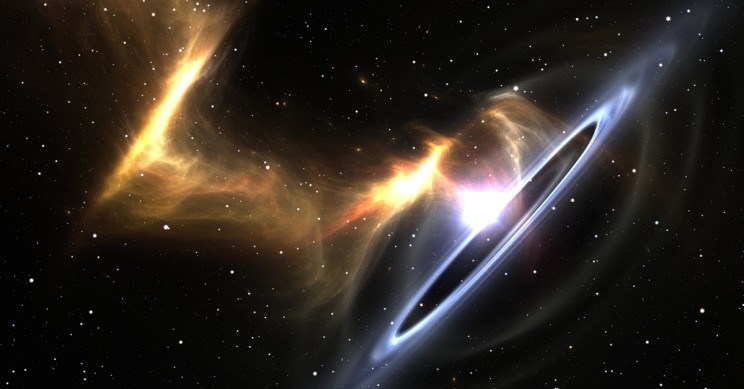 Source: Interesting Engineering Supermassive Black Holes (SMBHs) have, until now, traditionally been believed to only form after the explosion or collapse of a star....