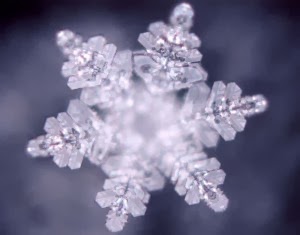 10 years ago, if you told somebody that human consciousness alone can have a direct affect on our physical world they would probably look at you like you’re crazy. Today, however, is a different story. Within the past few years mainstream science is catching on to the fact that yes, consciousness is correlated and can have a direct affect on what we call our physical material world.
Experiments over the past four decades have investigated whether human intention alone affects the properties of water.(1) This question has been of interest to alternative medicine research, because the human body is made up of approximately 70% water. Interest in this topic has been rekindled recently by multiple researchers suggesting that intentionally influenced water can be detected by examining ice crystals formed from samples of that water. Scientists have hypothesized and shown that water influenced by intention can indeed influence the physical formation of the observed ice crystals from that water. Consistent results commonly point to the idea that positive intentions tend to produce symmetric, well-formed, aesthetically pleasing crystals, and negative intentions tend to produce asymmetric, poorly formed and unattractive crystals.

The experiment I’m using in this article was conducted by Dean Radin, Ph.D., who is the Chief Scientist at IONS and Adjunct Faculty in the Department of Psychology at Sonoma State University.(1) The experiment was done to measure how intention alone affects water crystal formation. Co-Investigators were Masaru Emoto, a Japanese energy scholar and author along with a few other researchers and scientists.

The experiment tested the hypothesis that water exposed to distant intentions affects the aesthetic rating of ice crystals formed from that water. Basically, it tested whether intentions could influence the physical structure of water (as mentioned earlier). Over a period of three days, approximately 2000 people in Austria and Germany focused their intentions towards water samples that were placed inside an electromagnetically shielded room in California.
Other samples were located outside of the shielded room so that they could act as a distant control. Ice drops formed from multiple samples of water in different treatment conditions were photographed by a technician. Each image was assessed for aesthetic beauty by over 2,500 independent judges and the results of the data were analyzed by individuals who were blind with respect to the treatment conditions.

Results showed that the test was consistent with a number of previous studies suggesting that intention may be able to influence the structure of water.

One of the previously mentioned studies was conducted in the 90′s, by Masaru Emoto, co-participant in the study used in this article. He came up with the idea to freeze water and observe it with a microscope. At first, he observed crystals of tap water, river water and lake water. From the tap water he could not get any aesthetically pleasing crystals that were unique in design, not even from rivers or lakes that surrounded big cities. However water from rivers and lakes away from development, produced crystals in which each had its own uniqueness, and were very aesthetically pleasing.

The results from this earlier study (among others) also showed that the shape and physical structure of water crystals changed after giving good words, playing good music and showing, playing or offering pure prayer to the water. Disfigured crystals were also observed when creating the opposite situation. You can request photos and even view some of them here.

Below is a clip from the film What The Bleep Do We Know, a 2004 film that combines a number of factors that posits a connection between quantum physics and consciousness. The film features a number of prominent scientists, researchers and more and has won several independent film awards. In the film, intentions changing the structure of water is mentioned using Emoto’s research.

If thoughts can do this to water, imagine what they can do to us? Our bodies are primarily of made up of water, approximately 70 percent. If positive emotions, words and feelings can change the physical structure of water, that means that ‘self-talk’ has a direct affect on the biology of your being. Numerous studies beyond this one show how our thoughts, feelings and emotions, the things we can’t see, are primary drivers of our biological systems. The Institute of Heartmath, along with many others have proved this time and time again. Even in quantum physics, matter at it’s smallest observable level is simply pockets of energy, vibrating at a certain frequency. All we are is beings of energy, frequency and vibration. In order to change physical structure using consciousness, we have to understand that our thoughts, emotions and feelings are directly correlated with the frequency that matter (our being) vibrates at. If you change the vibrational frequency of matter, you change physical reality.

“If you want to know the secrets of the universe, think in terms of energy, frequency and vibration” – Nikola Tesla

“If you knew how powerful your thoughts were, you would never think a bad thought” – Unkown

So next time you are feeling negative emotions, or feeling negative thoughts, just remember that you are having a physical impact on your biological system. Your cells, everything that makes up your physical body is always responding to you. So be nice to yourself, give yourself some love.

Unfortunately, science within this realm receives very little emphasis and attention in the mainstream world. In recent history, it received plenty within the world of secrecy, but that’s an entire separate topic in itself, especially with the recent first ever public disclosure of the black budget. You can read more about that, as well as other examples of how consciousness correlates with physical reality here. If you’re interested in furthering your research on the subject, that article and its sources are a good way to start off your exploration.

In this article:Consciousness, energy, power of thoughts, Quantum Physics