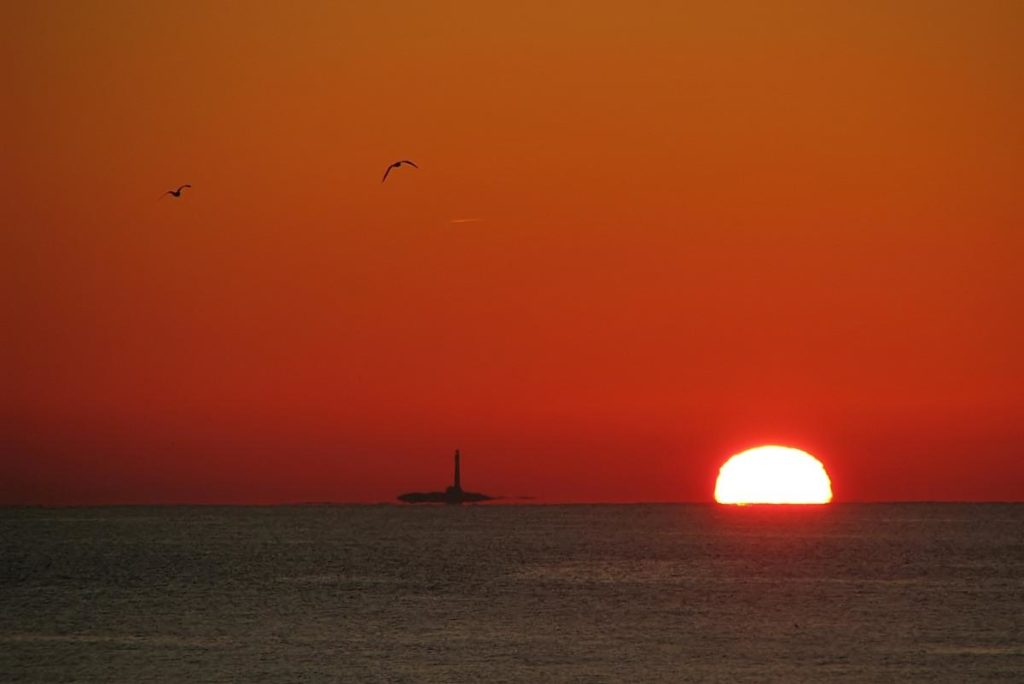 What could be so scary about an island just barely off-shore? There’s no space for grass, trees, or any other plant life trying to break through the craggy terrain of Boon Island, just six short miles off the southeast coast of Maine. The sight of mainland’s shore—easily visible from the island—is perhaps the most frightening feature of the watery pile of granite that snares sailors like flies in a spider’s web. Marooned just a stone’s throw distance from civilization could drive anyone to madness or gruesome means of survival. Boon Island has seen all that and more. 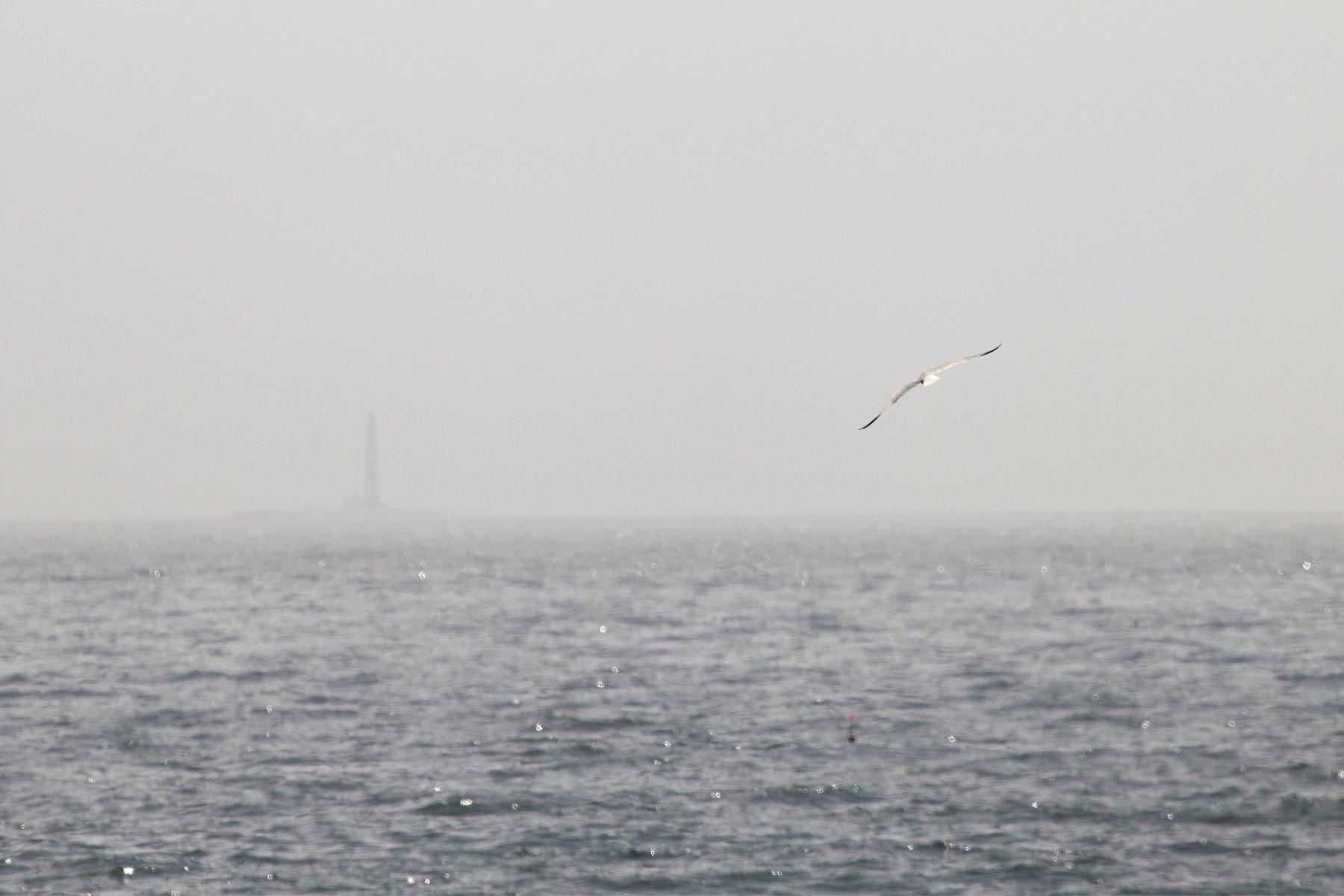 Boon Island is older than colonial America, its recorded “discovery” dating back to at least 1682, when the trading vessel Increase wrecked against its rocky peaks. The four survivors, three white men and a Native American, survived by eating fish and gull’s eggs. Bitter cold and violent, the breaking waves of the Atlantic kept the survivors firmly in place until a month later, eyes trained on the mainland shore, they watched smoke curling over Mount Agamenticus. Quickly, the sailors built their own fire as a signal.

Native Americans, for the millionth time in history, graciously came to the rescue of the white men seeking to loot the land. Boon Island’s namesake was supposedly born of these survivors—their rescue a “boon granted by God,” though the island and appellation appear in shipping records prior to the Increase’s deliverance under different spellings. The island’s next “boon” would require more than a sacrifice of human life—it would require the surrender of humanity itself.

The British ship Nottingham Galley shipwrecked on Boon Island on December 11, 1710. Fighting starvation and a brutal winter, the few survivors resorted to eating their dead, all the while watching the mainland, just out of reach. Despite their gruesome account upon rescue—and the subsequent practice of local fisherman leaving barrels of provisions on the island for the inevitable use of shipwrecked sailors—it took another 80 years before the erection of a lighthouse. A wooden tower, it survived just 5 years before the brutal Atlantic winter storms took it down, when frothing waves hurled boulders across the bedrock like skipping stones.

A year later, in 1805, the project began anew, this time with stones as foundation for the tower. The three workers tasked with its construction drowned upon their returning sail home—just miles from shore. 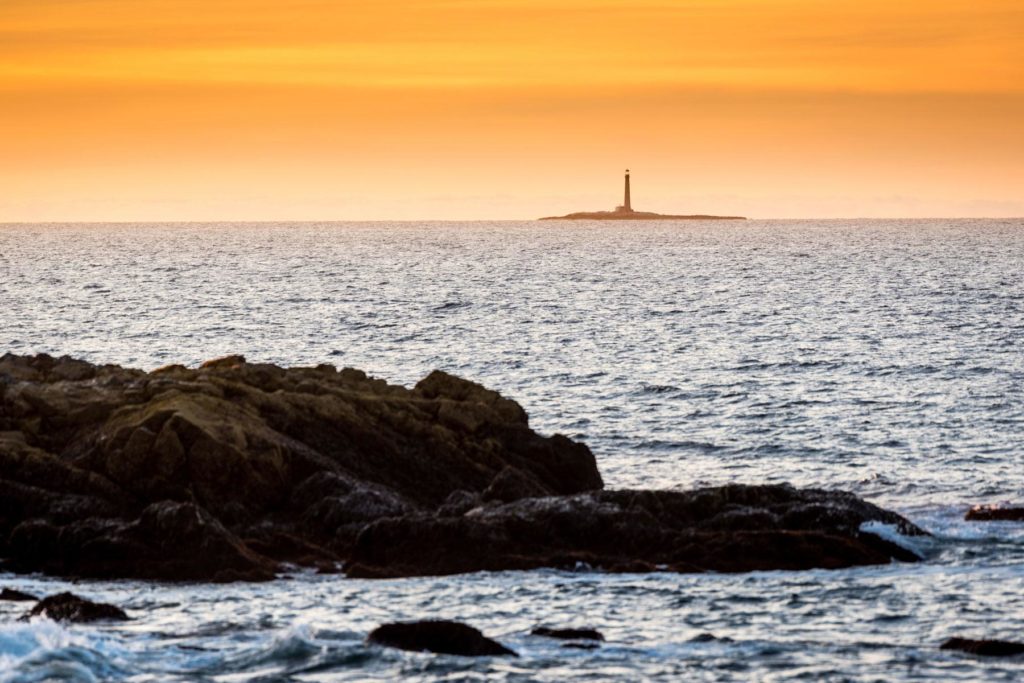 The nineteenth century brought many iterations of a lighthouse that would not stand on Boon Island, with many men tasked with keeping the windy, damp rock well-lit. One legend tells of the newly wedded keeper who brought his wife to the island, where he fell ill and died during a nasty squall. Despite her grief, his widow climbed the 168 stairs to light the lamp for the remaining days of the storm.

When mainlanders noticed the tower going unlit, they voyaged to the island to investigate. There, they found her deranged with grief and wandering the rocks in hysterics. Though she made it back to mainland, she died just a few short weeks after her return. 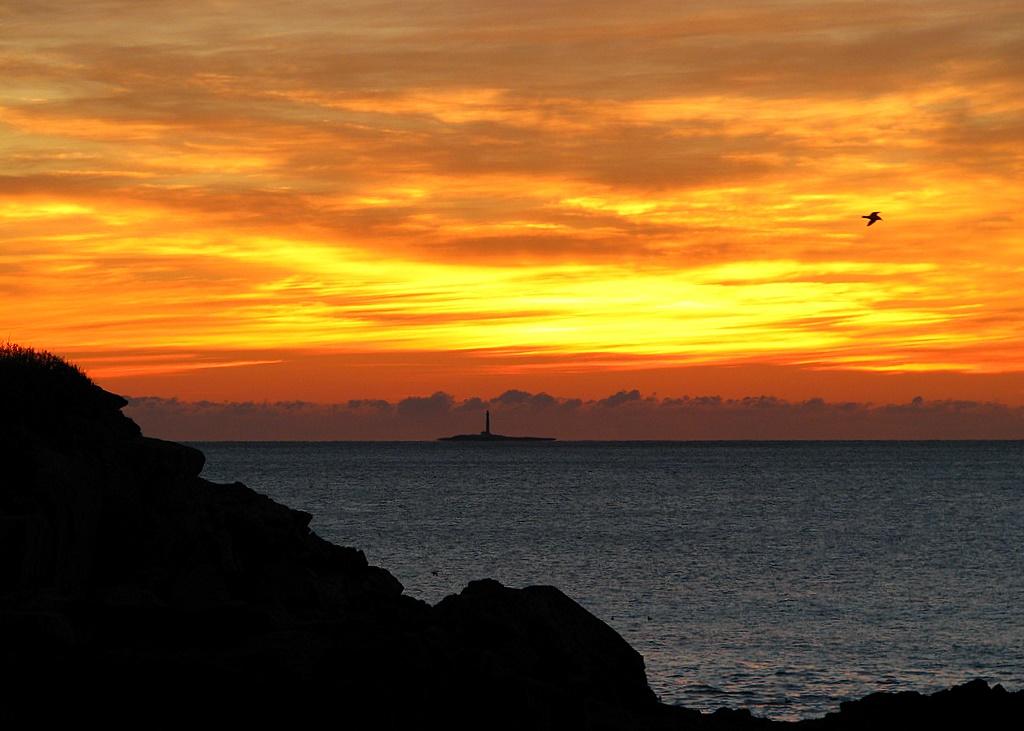 The Coast Guard keepers who maintained the tower in the 20th century tell of “a sad faced young woman shrouded in white” who haunts Boon Island. Local lore supposes she is the ghost of the mistress of the captain of the Nottingham Galley, while others (rightly) claim she is the widow, returned to the island in search of her fallen husband. Bob Roberts, who worked as a Coast Guard keeper in the 1970s, frequented the island and described “strange events” that he couldn’t explain:

“One time, [Roberts] and fellow crewman Bob Edwards were off the island fishing, and they drifted too far from the island to make it back in time to turn the light on before dark. There wasn’t a person on the island, but somehow the light was glowing brightly by the time the keepers returned. On other occasions [Roberts] and others heard doors mysteriously opening and closing. When we would go to turn on the fog signal, he felt as if ‘someone was watching.’”

On another occasion, Coast Guardsman Dave Wells was doing routine maintenance on the tower when his Labrador retriever became spooked. The dog “chased something from one end of the island to the other and back again.” There was nothing he could see, though the dog continued its hunt.

“We figured the island must be haunted, but nothing ever bothered us,” says Wells. 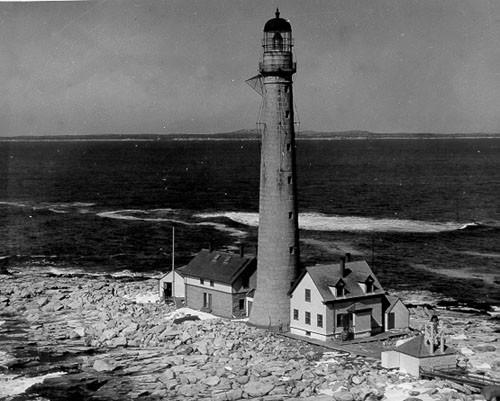 In the 20th and 21st century, the lighthouse changed ownership almost as many times as it replaced its keepers. In 1978, when an ocean storm launched boulders across the granite island, the two men who would be the island’s final keepers narrowly escaped a stormy death in the tower. The roiling sea damaged the fuel tanks, helicopter pad, generator building, boathouse, and boat launch. It was finally decided that the station should be automated.

In 2012, Boon Island Lighthouse was put up for sale by the National Historic Lighthouse Preservation Act of 2000 to “eligible federal, state and local agencies, non-profit corporations, educational agencies, and community development organizations to be used for educational recreation, cultural or historic preservation purposes,” but no one bid for the accursed tower—cultural posterity be damned. Online auction of the tower brought a bid by a real estate developer for $78,000, who somehow managed to flip it. The current owner, Boon Island LLC, is registered in Wilmington, Delaware, and Boon Island and its lighthouse sit abandoned and watchful, providing automated light flashes to passing ships and a strange gravitational pull to sailors who try to pass it. 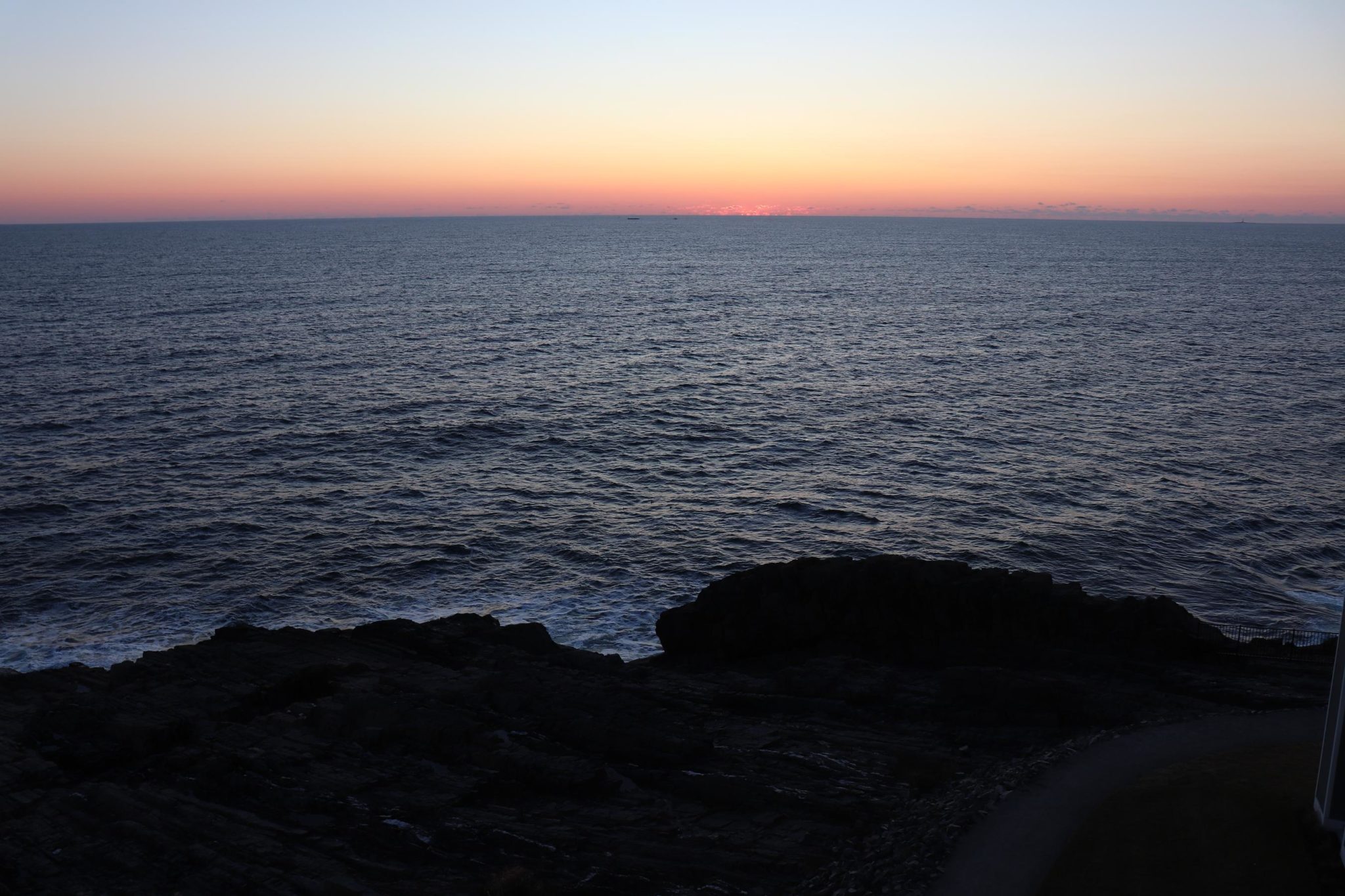 There are no tours of the lighthouse. The only way to explore the lighthouse is arriving by air or sea, but do yourself a favor and enjoy it while you remain firmly planted on the mainland.

Read More On This At Fodors.com

In this article:haunted island, strange events