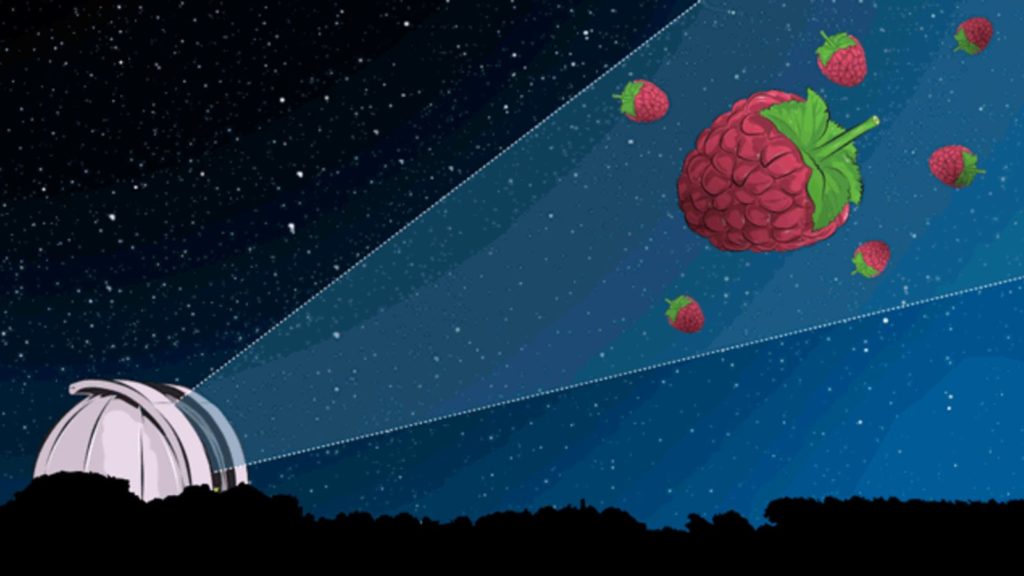 Let’s work our way up the ladder on this one. We’ll start at the bottom step, where things are unimaginably tiny. A carboxyl group is a group of atoms that looks like this: (C(O)OH). A carboxylic acid is any acid that has a carboxyl group. Glue one single extra atom of hydrogen on that group and you have formic acid, the most simple carboxylic acid. In fact, this acid is so basic that ants’ bodies can make it. If you have ever been stung or sprayed with ant venom, you have probably felt the sting of formic acid.

Let’s take another step up the ladder and add booze. Mix ethanol with formic acid and you have ethyl formate, which is an ester. Esters are the most famous of the aroma compounds and are responsible for most of the floral, fruit, and wine smells. A good proportion of esters are simply combinations of carboxylic acids and alcohols. To non-chemists who nevertheless paid attention in chemistry class, esters are known as the “smell molecules.”

Ethyl formate has a role to play in both fruit and wine. Drinkers know it as the “scent of rum,” but it comes wafting out of a lot of alcohols from cognac to whisky. Berry pickers will also know ethyl formate if they get their mouth around it; it’s one of the chemicals that gives raspberries their distinctive flavor. So smell it and it smells vaguely of rum; taste it and it tastes vaguely of raspberries.

When we examine ethyl formate on an even larger scale, we get the weird twist — way out in space, a cloud of gas is laden with ethyl formate, which means it smells like rum and tastes like berries.

Or perhaps we have this all the wrong away around. Perhaps we should have started large instead of small, because Sagittarius B2, the dust cloud 400 light-years away from the center of the galaxy, predates both the raspberry and rum. So maybe we should say that rum smells of cosmic dust cloud, and raspberries taste of it.

Advertisement. Scroll to continue reading.
In this article:Sagittarius B2, smell molecules