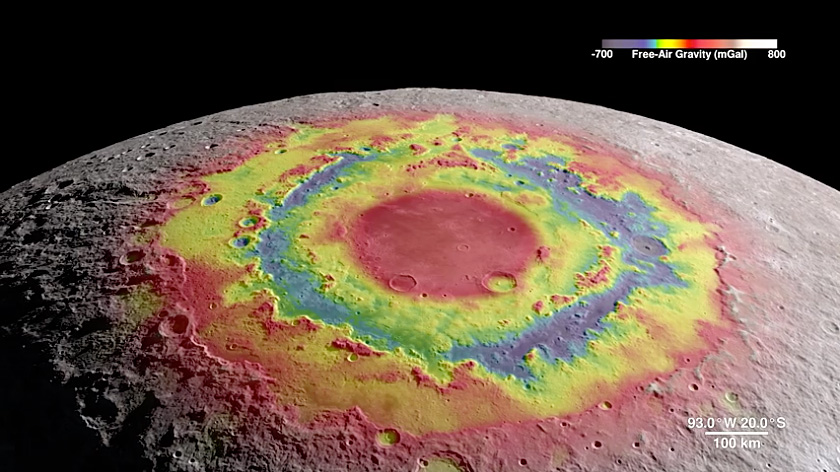 Images from NASA’s Lunar Reconnaissance Orbiter (LRO) are not only helping planners with future human missions to the moon, but they are also revealing new information about the moon’s evolution and structure.

A new NASA video, posted on YouTube, features more than half a dozen locations of interest in stunning 4K resolution, much of it courtesy of LRO data. NASA also highlighted the individual sites in a Tumblr post that delves deeper into their geology, morphology and significance.

LRO has been circling the moon since 2009 and has made a range of discoveries at Earth’s closest large celestial neighbor. [More Amazing Moon Photos from NASA’s LRO]

The orbiter has found regions of possible ice in permanently shadowed regions of the moon, inside sheltered craters and caves. It provides elevation data and mineralogical mapping to help scientists better understand the age of craters, lava basins and other features on the moon. And it also acts as a scout for future human missions. That role came into focus late in 2017, when the Trump administration tasked NASA with heading back to the moon before journeying to Mars.

Future landing missions could take advantage of mountain peaks or crater rims at the moon’s north pole, the video’s narrator explains during the lunar tour. LRO scientists have modeled the sunlight in these regions across centuries of time. By zooming in on the spots with consistent sun exposure, mission planners can put solar panels there to support future human missions.

Another possible landing location for astronauts is Aristarchus Plateau, an ancient volcanic hotbed with a large crater so bright that it’s visible with the naked eye. Infrared images from LRO reveal the existence of silicate-type minerals, pyroxene and plagioclase, which provide clues about what sorts of volcanic materials were present there long ago. “The region is covered in rocks from volcanic eruptions, and the large river-like structure is actually a channel made from a long-ago lava flow,” NASA officials said on Tumblr.

LRO data not only supports future human missions, but also provides more information about past landings from the Apollo program, all of which took place between 1969 and 1972. The spacecraft has imaged multiple landing sites, as well as the crash sites from the third stage of the mighty Saturn V rocket that lifted humans to the moon. The video zooms in on the Apollo 17 landing site in the Taurus-Littrow valley, revealing astronaut tracks, the rover and even the bottom half of the astronauts’ lunar module, Challenger.

“The new data that LRO is gathering helps us reinterpret the geology of familiar places, giving scientists a better understanding of the sequence of events in early lunar history,” the video’s narrator says.

The video also touches on Orientale Basin, where a terrain map from LRO and a surface gravity map from another mission called GRAIL show structure in the lunar crust and interior; the south pole, which has some of the coldest recorded temperatures in the solar system; the huge South Pole-Aitken Basin on the moon’s far side, which is more than 2,500 kilometers (1,550 miles) across; and the 100-million-year old Tycho Crater, whose origins are still a mystery, even after LRO took images in high resolution.

“LRO was designed as a one-year mission,” NASA added on Tumblr. “Now in its ninth year, the spacecraft and the data emphasize the power of long-term data collection. Thanks to its many orbits around the moon, we have been able to expand on lunar science from the Apollo missions while paving the way for future lunar exploration. And as the mission continues to gather data, it will provide us with many more opportunities to take a tour of our moon.”