In the westernmost island of the archipelago in Indonesia is a jungle that is home to the most elusive Crytpid in the world, the Orang Pendek. The animal is said to be a cryptozoological wonder and is a bipedal primate that is small which has been seen by natives to the island along with researchers. This elusive animal may have been recently caught on video as proof of what is often called the miniature Bigfoot of Asia.

Evidence of The World’s Most Elusive Crytpid, The Orang Pendek

Orang Pendek translates to the short person in Indonesia and it is a primate species that has remained undiscovered and which might be from the homo genus. Locals, travelers, and researchers have over the years claimed to have seen the cryptid, many saying that they came across it purely by chance.

One thing that everyone who claims to have seen the Orang Pendek has said is that the animal is between 30 to 60 inches tall and covered in grey, brown or golden hair and is bipedal. This means the creature walks upright in the same way that a human being walks. What is even stranger about the creature is the fact that its facial features resemble those of a human being and differ totally from the majority of monkeys. 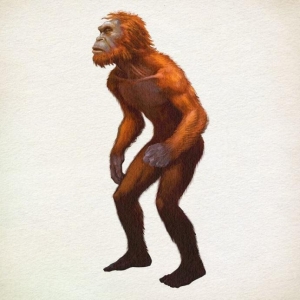 Is Orang Pendek The Lost Cousin of Human Beings?

Due to the creature having the facial looks of a human being the creature has been said to be the lost cousin of humans and it shares a common ancestor. A research group did come across the remains of human-like species in the region and it was small and they reported it as being Homo floresiensis, the real-life Hobbit. Many have said that this is the cryptid of Sumatra.

The Indonesia people have said that the Orang Pendek is a creature that shows great intelligence and it has the ability to be able to hide away from human beings. This has caused the people of Sumatra to be in fear of the creature. One native claimed an encounter with the creature and said that the animal had put its arms up into the air so as to make itself look bigger. Others have claimed of sightings that have been similar and of the creature showing aggression. It is not known if the creature has actually ever attacked anyone. 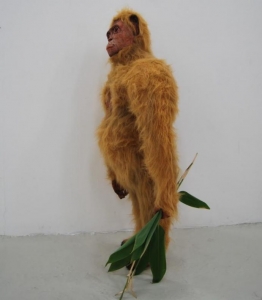 British journalist, Debbie Martyr, is among the most famous of researchers who claimed to have seen the creature. In 1994 she said that she was out investigating and saw the Orang Pendek in the Sumatran jungle. While she was not able to capture the creature in a photo, she said that what she had witnessed was a bipedal primate that was unlike anything she had seen before.

The crew of a military helicopter also claimed to have seen the creature when the helicopter was flying over Kerinci Seblat National Park, which has been the center of the sightings of the Orang Pendek. It was said that the creature was in a tree, and it has a head that was a different shape to a human, more like an ape but the face was humanoid.

Video Evidence of the Orang Pendek

The creature is seen to fall over, and then it picks up a long staff and runs off, it is thought to be wearing a loincloth. It was the size of a small human being, but the actual height is said to be difficult to judge because of the angles of the footage captured. The creature does seem to have less hair than what has been described by other people claiming to have seen the Orang Pendek, and this is one of the reasons some have said that the video was a hoax. 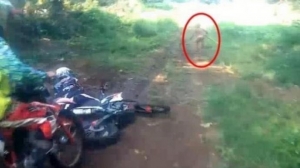 Englishman Adam Davies is another researcher who has been tracking down the Orang Pendek. Davies claims that he made a cast of what is the footprint of the creature in the jungle in western Sumatra. He found that the cast did match up with descriptions that the Orang Pendek has a divergent toe like a monkey. However, there is a difference in the toes are not quite as long as monkeys. Instead they are wide and short the same as found on human beings. 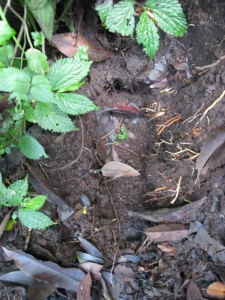 Richard Freeman has been exploring regions such as western Sumatra for many years taking photographs. He said that he had taken photographs of about 60 species that have never been seen before and this means that there is a high possibility that there are an unknown species of primate in existence. Cynics have said that the sightings of the creature were in fact orangutans. There have been many confounding factors that go towards dispelling the skepticism, with the main issue being that orangutans have not been seen in that region of Sumatra.

It was also said that Orangutans use their arms and knuckles to balance with while walking and they do not walk fully upright. Many people have claimed that the Orang Pendek walks upright and strides out. While the Orang Pendek remains something of a mystery right now, researchers believe that they will find concrete evidence of the existence of them.

In this article:Orang Pendek, Sumatra 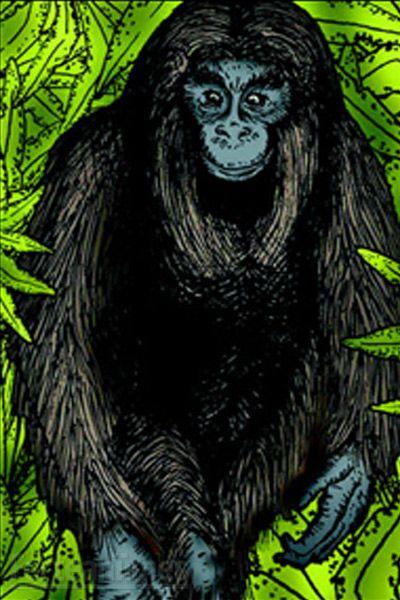 Historically, pygmies have been depicted from Africa and Asia, often, by using outside explorers as yardsticks.   Joseph Birdsell (6 ft tall) with a...