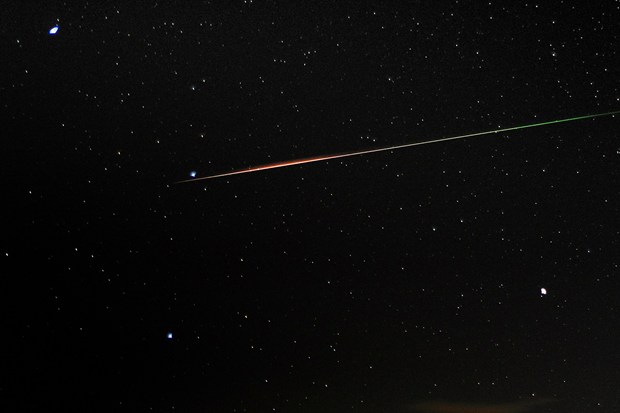 Across Britain and Northern Ireland, reports have been coming inof bright objects falling through the night sky.

A number of observers saw large streaks of orange light fall from the sky, around 130 kilometres up, near the top of the atmosphere.

The lights were thought originally to have been meteors, but while there are several small, faint meteor showers that occur in September, the scale and brightness of the lights suggested that this may have had origins closer to home.

Colin Johnston, from Armagh Planetarium in Northern Ireland, told the BBC: “I think it’s something just by chance has happened to come in tonight, some piece of actual space junk floating around the universe for billions of years has just picked tonight to fall in across our skies, or a satellite that’s been up for some years has decided to burn up.”

Tim O’Brien, associate director of the Jodrell Bank Observatory, added that it was probably “orbital debris from satellites”, due to the speed the lights travelled at. “They are still moving fast. They are 18,000 miles an hour, not that slow, but a little bit slower than the rocks and meteorites that come from farther out in space.”