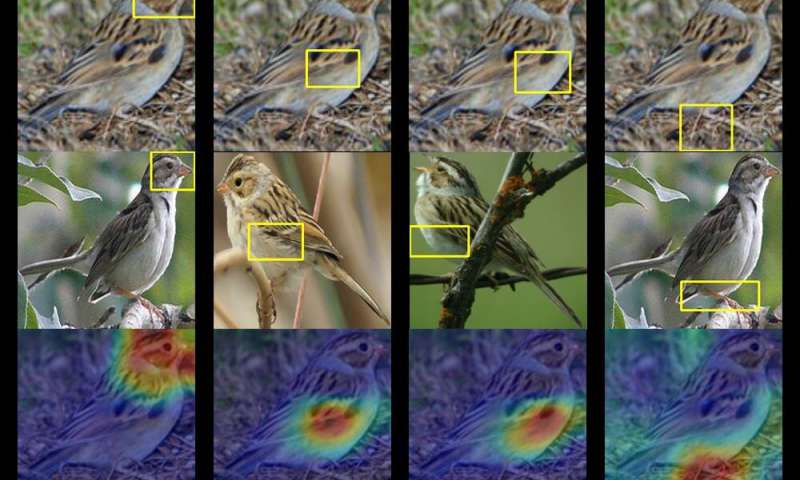 It can take years of birdwatching experience to tell one species from the next. But using an artificial intelligence technique called deep learning, Duke University researchers have trained a computer to identify up to 200 species of birds from just a photo.

The real innovation, however, is that the A.I. tool also shows its thinking, in a way that even someone who doesn’t know a penguin from a puffin can understand.

The team trained their deep neural network — algorithms based on the way the brain works — by feeding it 11,788 photos of 200 bird species to learn from, ranging from swimming ducks to hovering hummingbirds.

The researchers never told the network “this is a beak” or “these are wing feathers.” Given a photo of a mystery bird, the network is able to pick out important patterns in the image and hazard a guess by comparing those patterns to typical species traits it has seen before.

Along the way it spits out a series of heat maps that essentially say:

“This isn’t just any warbler. It’s a hooded warbler, and here are the features — like its masked head and yellow belly — that give it away.”

They found their neural network is able to identify the correct species up to 84% of the time — on par with some of its best-performing counterparts, which don’t reveal how they are able to tell, say, one sparrow from the next.

Rudin says their project is about more than naming birds. It’s about visualizing what deep neural networks are really seeing when they look at an image.

The problem, Rudin says, is that most deep learning approaches to computer vision are notoriously opaque. Unlike traditional software, deep learning software learns from the data without being explicitly programmed. As a result, exactly how these algorithms ‘think’ when they classify an image isn’t always clear.

Rudin and her colleagues are trying to show that A.I. doesn’t have to be that way. She and her lab are designing deep learning models that explain the reasoning behind their predictions, making it clear exactly why and how they came up with their answers. When such a model makes a mistake, its built-in transparency makes it possible to see why.

For their next project, Rudin and her team are using their algorithm to classify suspicious areas in medical images like mammograms. If it works, their system won’t just help doctors detect lumps, calcifications and other symptoms that could be signs of breast cancer. It will also show which parts of the mammogram it’s homing in on, revealing which specific features most resemble the cancerous lesions it has seen before in other patients.

In that way, Rudin says, their network is designed to mimic the way doctors make a diagnosis. “It’s case-based reasoning,” Rudin said. “We’re hoping we can better explain to physicians or patients why their image was classified by the network as either malignant or benign.”

The team is presenting a paper on their findings at the Thirty-third Conference on Neural Information Processing Systems (NeurIPS 2019) in Vancouver on December 12.

Other authors of this study include Daniel Tao and Alina Barnett of Duke and Jonathan Su at MIT Lincoln Laboratory.

Advertisement. Scroll to continue reading.
In this article:birdwatching, neural network 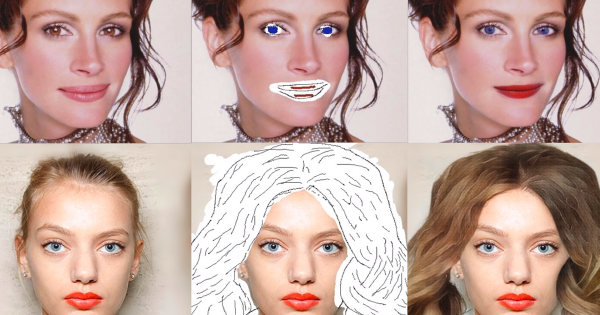 Touch Up Thanks to a new neural network, convincing photo edits that would have previously required extensive Photoshop expertise has become as easy as drawing...