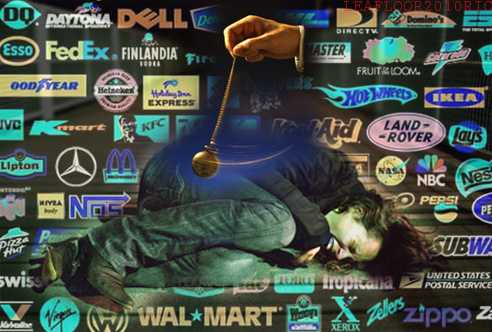 Studies have found that upon entering an office, people behave more competitively when they see a sharp leather briefcase on the desk, they talk more softly when there is a picture of a library on the wall, and they keep their desk tidier when there is a vague scent of cleaning agent in the air. But none of them are consciously aware of the influence of their environment.
There may be few things more fundamental to human identity than the belief that people are rational individuals whose behavior is determined by conscious choices. But recently psychologists have compiled an impressive body of research that shows how deeply our decisions and behavior are influenced by unconscious thought, and how greatly those thoughts are swayed by stimuli beyond our immediate comprehension. (See why dreams may mean less than we think.)
In an intriguing review in the July 2 edition of the journal Science, published online Thursday, Ruud Custers and Henk Aarts of Utrecht University in the Netherlands lay out the mounting evidence of the power of what they term the “unconscious will.” “People often act in order to realize desired outcomes, and they assume that consciousness drives that behavior. But the field now challenges the idea that there is only a conscious will. Our actions are very often initiated even though we are unaware of what we are seeking or why,” Custers says.
It is not only that people’s actions can be influenced by unconscious stimuli; our desires can be too. In one study cited by Custers and Aarts, students were presented with words on a screen related to puzzles  crosswords, jigsaw piece, etc. For some students, the screen also flashed an additional set of words so briefly that they could only be detected subliminally. The words were ones with positive associations, such as beach, friend or home. When the students were given a puzzle to complete, the students exposed unconsciously to positive words worked harder, for longer, and reported greater motivation to do puzzles than the control group. (See why gut decisions may not be so smart.)
The same priming technique has also been used to prompt people to drink more fluids after being subliminally exposed to drinking-related words, and to offer constructive feedback to other people after sitting in front of a screen that subliminally flashes the names of their loved ones or occupations associated with caring like nurse. In other words, we are often not even consciously aware of why we want what we want.
John Bargh of Yale University, who 10 years ago predicted many of the findings discussed by Custers and Aarts in a paper entitled “The Unbearable Automaticity of Being,” called the Science paper a “landmark  nothing like this has been in Science before. It’s a large step toward overcoming the skepticism surrounding this research.”
But Bargh says the field has actually moved beyond the use of subliminal techniques, and studies show that unconscious processes can even be influenced by stimuli within the realms of consciousness, often in unexpected ways. For instance, his own work has shown that people sitting in hard chairs are more likely to be more rigid in negotiating the sales price of a new car, they tend to judge others as more generous and caring after they hold a warm cup of coffee rather than a cold drink, and they evaluate job candidates as more serious when they review their résumés on a heavy clipboard rather than a light one.
“These are stimuli that people are conscious of  you can feel the hard chair, the hot coffee  but were unaware that it influenced them. Our unconscious is active in many more ways than this review suggests,” he says.
Custers says his work demonstrates that subliminal-advertising techniques  which some countries have outlawed  can be effective. But he says people concerned about being unconsciously manipulated “should be much more scared of commercials they can see, rather than those they can’t see.” Many soda commercials, he says by way of example, show the drink with positive-reward cues such as friends or beaches. “If you are exposed to these advertisements over and over again, it does create an association in your mind, and your unconscious is more likely to suddenly decide you want a Coke,” he says.
But he also says that, at least when it comes to unhealthy food, policymakers are beginning to understand that “personal choice” may be a weak counter to heavy advertising. “We are starting to talk about ‘toxic environments’ with food and to understand how easy it is to mindlessly reach for a bag of potato chips. Removing such stimuli from the environment can be very effective,” he says.
Both Custers and Bargh acknowledge that their research undermines a fundamental principle used to promote human exceptionalism  indeed, Bargh has in the past argued that his work undermines the existence of free will. But Custers also points out that his conclusions are not new: people have long sensed that they are influenced by forces beyond their immediate recognition  be it Greek gods or Freud’s unruly id. What’s more, the unconscious will is vital for daily functioning and probably evolved before consciousness as a handy survival mechanism  Bargh calls it “the evolutionary foundation upon which the scaffolding of consciousness is built.” Life requires so many decisions, Bargh says, “that we would be swiftly overwhelmed if we did not have the automatic processes to deal with them.”
For his part, Custers says that it is true that our conscious selves are sometimes voyagers on a vessel of which they have little control, but he does not see this as a cause for helplessness. “We have to trust that our unconscious sense of what we want and what is good for us is strong, and will lead us largely in the right direction.” 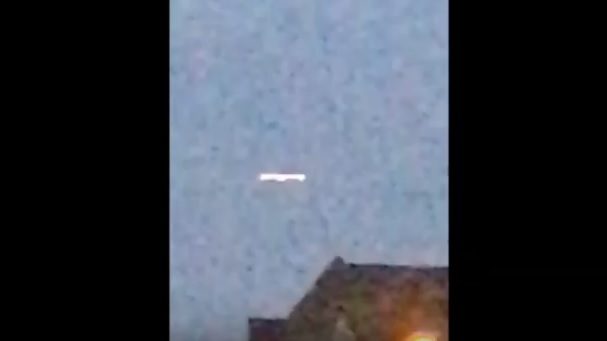 Cigar-Shaped UFO Recorded over The Netherlands Changes into Two Orbs

J. Krishnamurti Waking Times  None of the agonies of suppression, nor the brutal discipline of conforming to a pattern, has led to truth. To...