The bizarre statement came Wednesday as the betrothed woman’s lawyer identified the dead man as Jeffrey Alan Lash — almost one week after he was discovered rotting in his car parked on the street in the tony Pacific Palisades neighborhood.

They also discovered a Toyota SUV designed to drive underwater among the 14 vehicles registered in his name. The collection was as odd as Lash’s confessions to his soon-to-be-wife Catherine Nebron that he was working as an undercover operative for multiple unnamed government agencies, according to her defense attorney Harland Braun.

“The story itself sounds totally crazy, but then how do you explain all this?” Braun said. “There’s no evidence he was a drug dealer or he stole these weapons, or had any criminal source of income, no stolen property, all the stuff you’d look for.”

Lash was also believed to be an alien “sent to Earth to protect us,” according to Laura VadBunker, the mother of 39-year-old Dawn VadBunker, who used to work for Nebron.

“I can’t believe this,” Laura VadBunker told KTLA. “It’s worse than a Twilight Zone movie. He was part alien and part human and was out to save the world.”

Authorities are still working to confirm the man’s identity and figure out why he possessed so many cars and firearms, many of which were still in boxes or had price tags.

LAPD Deputy Chief of Detectives Kirk Albanese said he does not believe he was doing anything illegal with the weapons.

He had been decomposing inside his car for nearly two weeks before police found him on July 17.

Police do not suspect any foul play involved in his death, but there is an investigation into the cause.

Braun said Nebron parked him in a car down the street from the condo they shared after he died. He had trouble breathing but refused to go to the hospital or call 911, the attorney said. The longtime girlfriend of 17 years then left for Oregon, believing government agencies would come for his body and the items in his house.

In this article:alien hybrid, Los Angeles 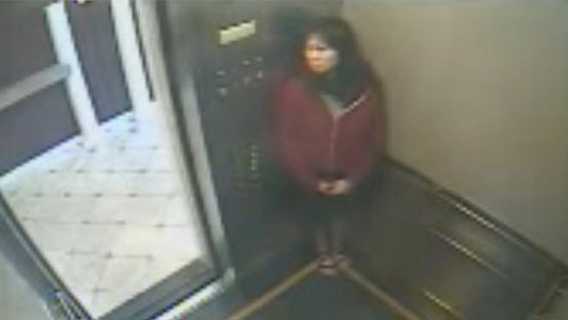