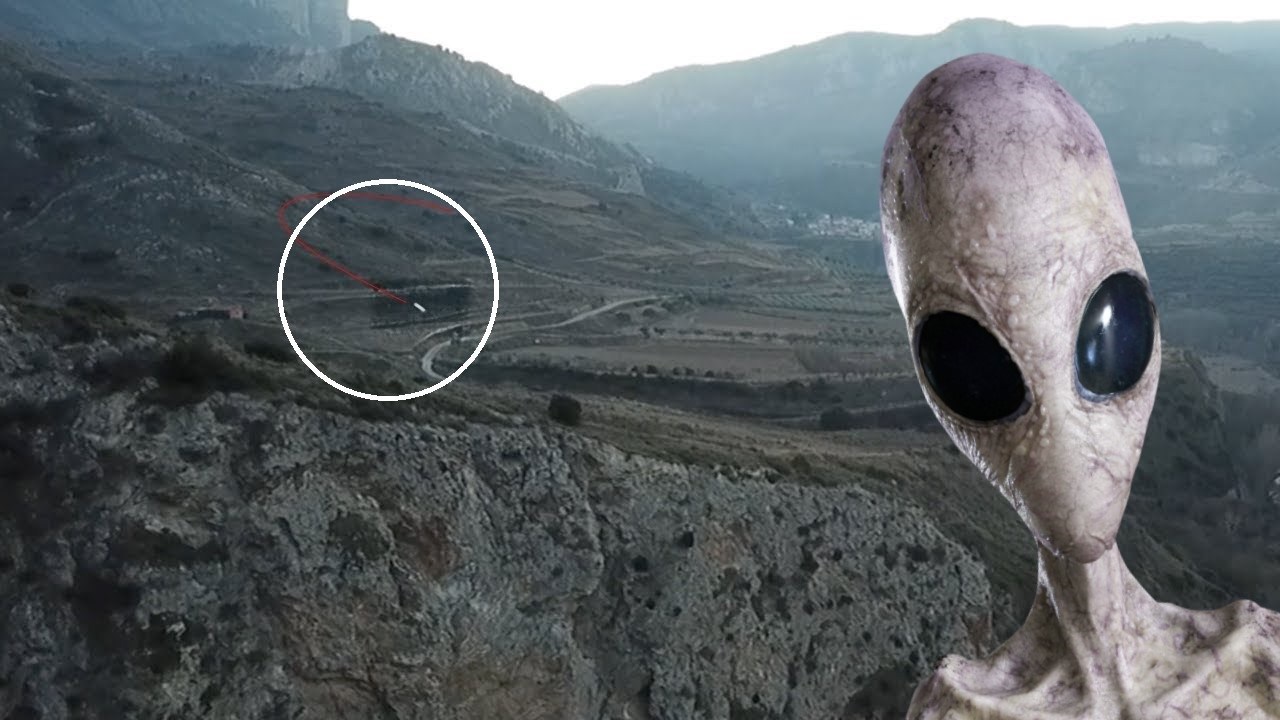 a few weeks ago, some images recorded with a drone in La Rioja (Spain) shocked the world of mystery. A UFO burst into the camera suddenly … and soon it went viral in the networks.

The Youtube channel “Hidden Truth” speculated that there was an extraterrestrial base in the vicinity of the town of Ribafrecha.

So they approached the scene and, accompanied by the authors of the original recording, investigated the field.

For this, they were equipped with two infrared cameras for what could happen. And it happened.

Beyond the “crack” from which the UFO allegedly took off at the end of January, a large grotto that opened on the ground, and the most interesting thing of the recording happens at night.

It was 7:15 p.m. when the infrared cameras captured “something that nobody was prepared to see”. “We did not give credit; It was not just a UFO, but two, and they crossed in the sky. “

Thus, two luminous points break with a constant movement in a firmament full of stars. “They are anomalies that shine like stars in a linear way, but they are not airplanes”, concludes the researcher of “Hidden Truth”.

In addition, he advances that “this is the first video-program of all the material we have and, believe me, the best is yet to come.”

In his farewell, he says that “many questions the veracity of the recordings and many believe that there is no extraterrestrial base, but our research suggests that this place is really extraordinary.”

What’s your opinion about it? Do we have an extraterrestrial base in Spain? Watch the mentioned video below, and leave us your comment below.

Advertisement. Scroll to continue reading.
In this article:extraterrestrial base, La Rioja