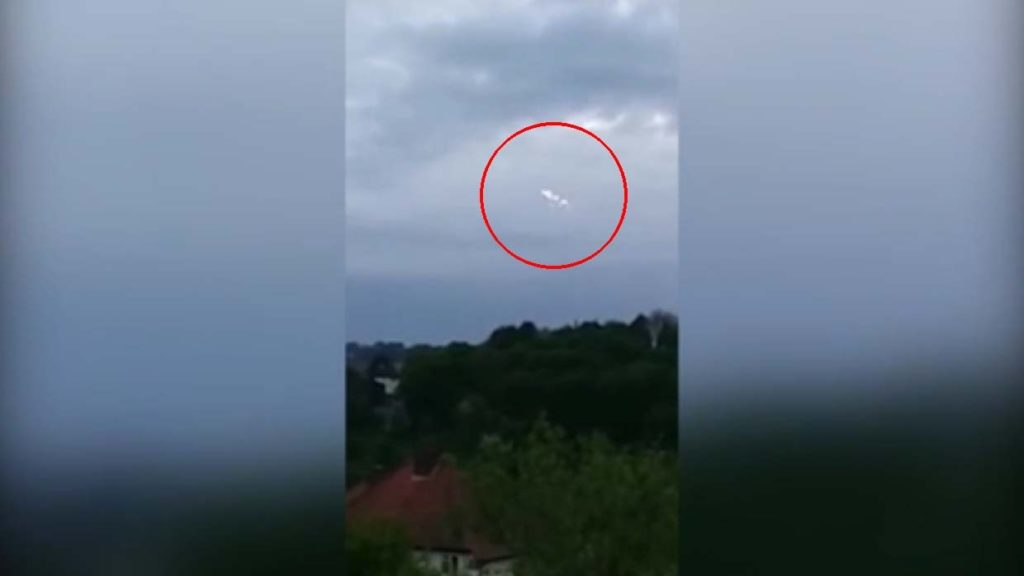 Half a century after the fall of the UFO in Roswell , New Mexico, the mania for UFOs took over our culture. But it was in the late 1990s that British defense intelligence personnel began receiving countless requests to investigate possible UFO sightings across the country. As a result, government analysts conducted a large study on sightings to discover if they could be a possible threat.

The report was finalized in the year 2000 and ruled out the existence of extraterrestrial spacecraft in the United Kingdom, which served to prevent the intelligence service from accepting more reports of sightings. But this caused the conspiracy theorists to ensure that the British government had destroyed the archives on which the report was based, and even the database in which the sightings had been compiled for analysis. Since then, the Ministry of Defense of the United Kingdom does not officially respond to any request related to UFOs. The UFO department was closed in 2009 after it was decided that it was not used for any defense purpose.

However, what the British intelligence service can not avoid is that they continue to spread evidence about the existence of extraterrestrial spacecraft in the airspace of the whole United Kingdom. Like the video that was recently recorded on the English district of Wycombe, near a base of the Royal British Air Force (RAF), which shows a UFO flying in the sky leaving behind a mysterious white trail.

Lucas Budel, a 19-year-old man, recorded a video showing a mysterious unidentified flying object  in Wycombe, the English county of Buckinghamshire, near an RAF base. Interestingly, the British government used this base to investigate alleged UFO sightings throughout the United Kingdom.

“I was sitting in my room in front of my computer when I saw an extremely bright light falling from the sky, ” Lucas told the British tabloid Daily Star . “Initially I thought it was a falling meteorite, which is quite unusual to see, until it stopped for a few seconds and left. I was so impressed that I did not have time to record it. Then it disappeared. “

“As the video went viral, most Internet users argued that it was a UFO of extraterrestrial origin . According to experts in the field, the mysterious object that can be seen in the images makes some unusual movements in the sky, something that no known aircraft can do with current technology.

However, other conspirators claimed that the object could actually be a secret military spacecraft created with alien technology.  But after analyzing the video, Lucas suggested that maybe the UFO could be hiding inside an electric cloud.

“The best way to describe it was like an electric cloud that moved in alternate directions continuously, ” Lucas explained. “At one point it looked as if red sparks or electricity were jumping. At another point, it seemed that whatever it was had lost its potency and began to fall to the ground before the ‘engines’ came on again. “

“I’m sure it was a strange phenomenon, whether it’s a thunderstorm, military tests or something extraterrestrial. It looked like a vaporizing electric cloud. Someone also said that it could be a drone, but from what I saw it did not seem like any of that. I’ve never seen anything like this, specifically in my area, “ Lucas concluded.

But the skeptics have a different opinion from that offered by the conspiracy theorists, believe that it is a cloud charged with electricity . Apparently, when the ground is hot, it in turn heats the air over it. This warm air rises. As the air rises, the water vapor cools and forms a cloud. When the air continues to increase, the cloud gets bigger and bigger. At the top of the clouds, the temperature is below the freezing point and the water vapor turns to ice. 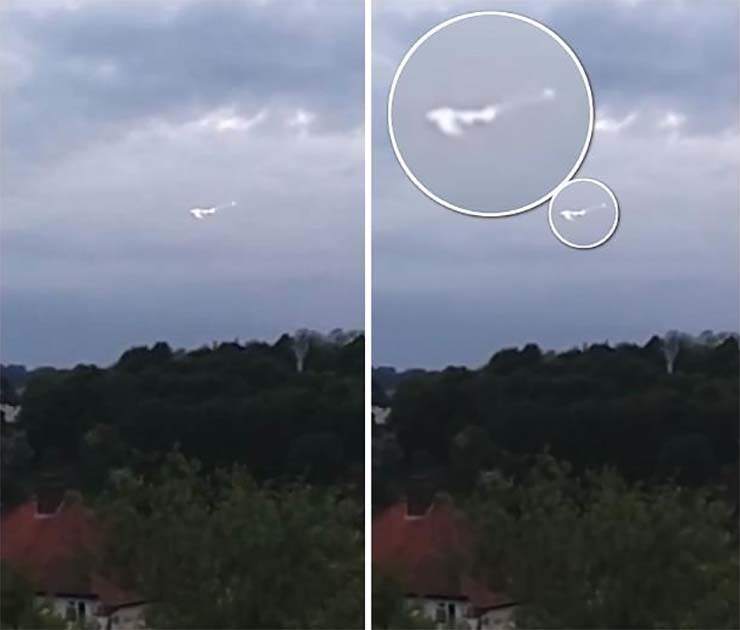 Now, the cloud becomes a stormy cloud. Many tiny fragments of ice collide with each other as they move. All these collisions cause an accumulation of electrical charge. Eventually, the entire cloud is filled with electrical charges. Lighter and more positively charged particles are formed in the upper part of the cloud. The heavier and negatively charged particles remain inside the cloud. Then, when the positive and negative charges grow enough, a giant spark (lightning) occurs between the two charges within the cloud. This is like a spark of static electricity, but much larger.

Well, the truth is that it is always interesting to know the skeptical version, however ridiculous it may be. Now, what do you think about the Wycombe UFO? An extraterrestrial ship or can it be a cloud charged with electricity in motion?