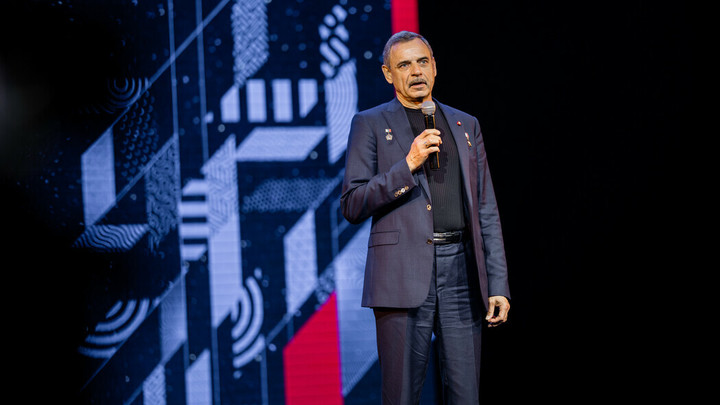 Russian Astronaut Mikhail Kornienko, although he did not see “little green men”, is firm of their existence, because the universe is infinite, and people are not the only inhabitants of it, which can be confirmed by a “Top secret” Soviet program.

Mikhail Kornienko is sure that aliens exist, which is confirmed by the stories of his colleagues who saw UFOs. Although he did not meet with alien creatures, the Russian astronaut admitted “It’s not a big secret” they exist.

“I didn’t see aliens from the station for quite objective reasons, but I’m sure that they exist. I was just unlucky,” Kornienko said in a TV program.

Moreover, he draws the conclusion from “pure mathematics.”

“If the universe is infinite, then it would be somehow presumptuous to suspect or think that we are the only ones. In addition, there is such a science as ufology. This has been confirmed by both our American colleagues and ours.”

At the same time, Mikhail Kornienko unwittingly revealed a little-known fact about the existence of a special USSR program called “Grid”, which studied UFOs. Most of the citizens did not know about it because of its “Top Secret” status.

The secrecy of the program was explained by the fact that the topic of researching anomalous phenomena was considered from the point of view of their influence on the army and the work of military equipment. The impetus for the creation of a special program for the study of UFOs was the so-called “Petrozavodsk Phenomenon” in September 1977, when a huge jellyfish-like object was seen in the sky of Petrozavodsk in Russia.

“The “Grid” program was funded by state money, Kornienko continued. However, its members were not the most talkative people, so all we know is a vague description of the “Grid’s” activities.”

The slightest mention of UFOs or aliens in the media was criticized by the KGB, a reason why the authors of the studies could not publish their scientific developments. Then the program changed its name to “Galaxy MO”, then received another – “Horizon MO”, but the tasks remained the same – the study of UFOs.

Unfortunately, all of Grid’s materials were sold for several thousand US dollars. The buyer was the CIA which received materials on 400 of the most mysterious cases of military collisions of Soviet aircraft with UFOs.

But as Kornienko explained, some of the information on the work of scientists in the framework of the “Grid” program still leaked to the press.

They, as a rule, did not advertise their research. And I know about them because a lot of the information has been leaked to the media. It is not a big secret that this program was real. They found something, systematized and summarized something.

In conclusion, Kornienko added that some of his colleagues saw some strange things. For example, Ivan Wagner, another Russian astronaut, published a video of the polar lights back in 2020, where it was possible to notice four unidentified flying objects passing “along the edge”, in a group formation.

Former CIA director James Woolsey, who led CIA from 1993 to 1995, admitted at the age of 79 that he believed in the existence of aliens, although he was previously skeptical of them. And all after a strange incident he had, where the plane in which he was flying hung in the air at an altitude of 12,000, and no efforts of the pilot could move the liner. Since the plane was completely fixed on air, Woolsey’s acquaintance did not find any other explanation, except an alien influence.

Gradually, US pilots also began to admit that they had encountered UFOs and the Pentagon was forced to officially publish a video with an unidentified flying object. In May of this year, the 44th US President Barack Obama announced the presence of alien objects in the Pentagon laboratories, but without any details.

“When it comes to extraterrestrials, there are some things that I just can’t tell you on the air,” Obama said.

In this article:Russia, top secret