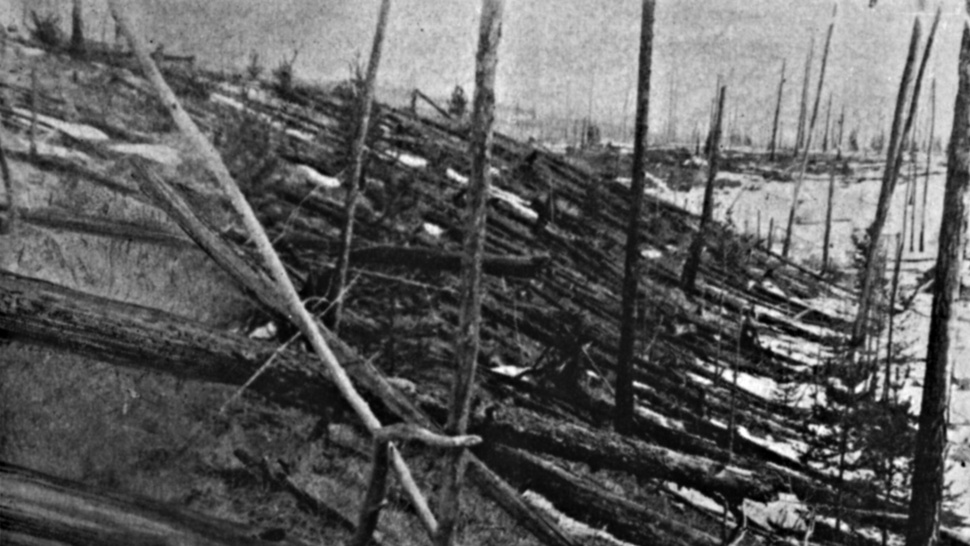 Americans and Europeans like to imagine that aliens will land in London, New York, or Washington, DC, but Russian history is filled with mysterious events that many have claimed to be the work of extraterrestrials. Here are a few of the freaky tales that have left many Russians watching the skies.

Russian scientist Dr. Yuri Lavbin claimed that an alien made a suicidal sacrifice to save the Earth from the giant meteorite. Lavbin says he found quartz crystals with holes and drawings, but “we don’t have any technologies that can print such kind of drawings on crystals” and “we also found ferrum silicate that can not be produced anywhere, except in space.”

Of course, there’s a different extraterrestrial explanation for the event.

(via Teach Astronomy and Universe Today) 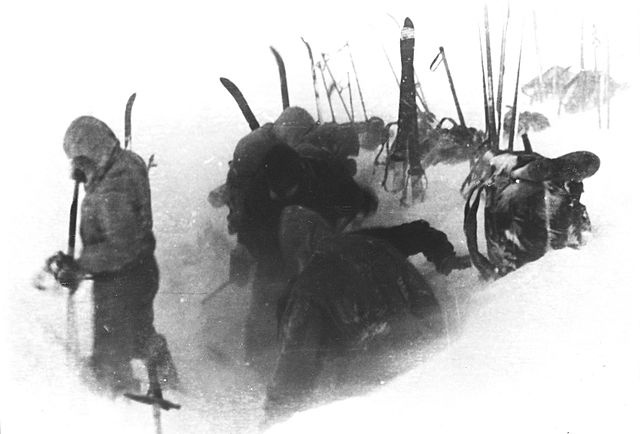 Nine experienced ski hikers died in a mysterious event while traveling to a mountain named Otorten. 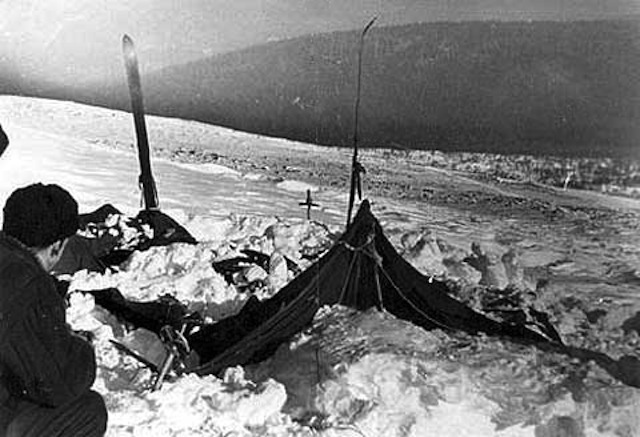 Their bodies were found on February 26 around their badly damaged tents, which had been cut open from inside. Most of them had fled in socks or bare feet in a temperature of -22 °F (-30 °C). Two hikers had broken ribs, two had fractured skulls, and one was missing her tongue. Two pairs of pants and a sweater were found to be extremely radioactive, and the corpses’ skin had a deep brown tan.

Large Arachnids are crawling on Venus, 1982

These photos were taken by the Venera 13 probe. 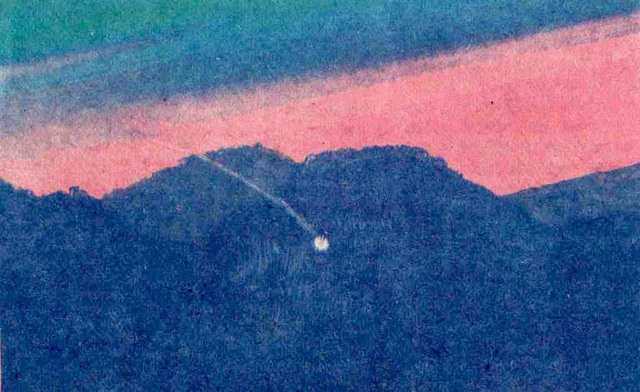 A bright ball was seen flying parallel to the ground without any noise and appeared to crash near the mountain Height 611 or Mount Izvestkovaya. Three days later, some ufologists discovered small black rocks containing lead.

(via Above Top Secret)

The M-triangle or the Perm Anomalous Zone around the village of Molebka, the best place in Russia to see a flying saucer

Brightly glowing and colored lightning has frequently appeared in the sky since the 1980s.

A three-eyed giant alien with a robot escort in a park, Voronezh, September 27, 1989 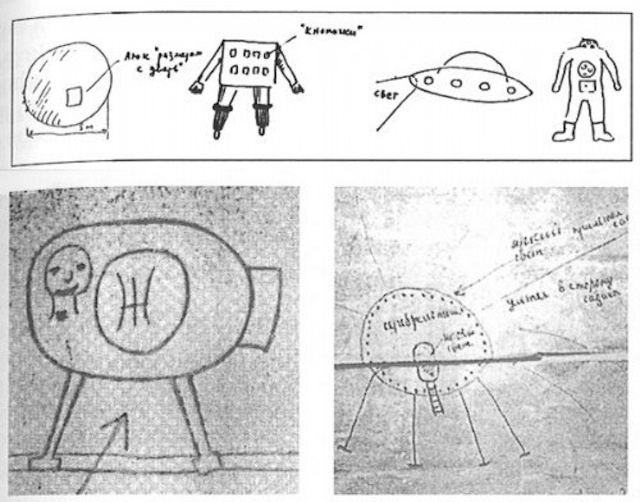 (via Phantoms And Monsters)

Bonus: A purring alien spoke with Russian flight controllers in 2011

Bonus: Prime Minister Medvedev said that aliens are among us, December 7 2012 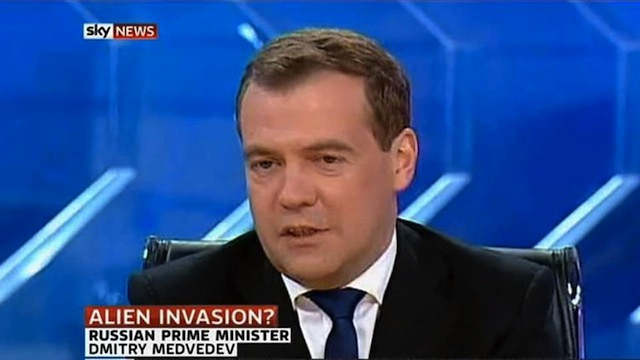 “Along with the briefcase with nuclear codes, the president of the country is given a special ‘top secret’ folder. This folder in its entirety contains information about aliens who visited our planet. Along with this, you are given a report of the absolutely secret special service that exercises control over aliens on the territory of our country . . . More detailed information on this topic you can get from a well-known movie called Men In Black . . . I will not tell you how many of them are among us because it may cause panic.” – said the Russian prime minister, according to The Telegraph.

In this article:Russia, stories, Strange