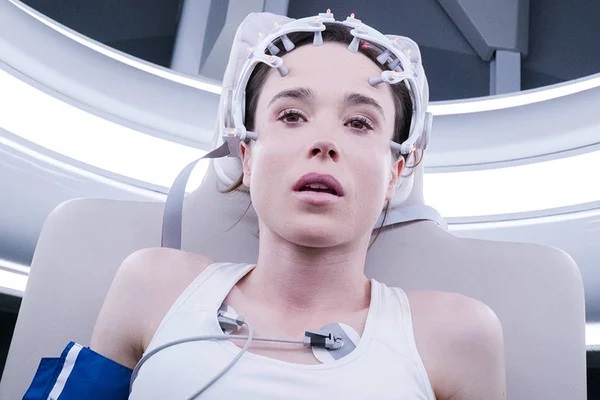 Due to the rare form of amnesia, Naomi Jacobs and Kim Denikola forgot their decades of life. From their point of view, they suddenly found themselves in the future and were able to look from the outside at the changed world and at themselves many years later.

Kim did not know how she ended up in the hospital. On the eve in high school there were final exams. She remembered how she left school and headed for her car – and nothing more. Perhaps an accident has occurred? If so, then everything worked out, because she felt no pain.

The nurse noticed that the patient woke up and spoke to her. “Do you know what year it is?” she asked. The question was part of a neurological test for unconscious patients. “Yes, ma’am,” Kim replied politely. “It’s 1980 now.” The world goes crazy with a Rubik’s cube, Michael Jackson and Blondie, and in theaters, Darth Vader explains to Luke Skywalker who his father is. Kim was 18 years old, she was finishing school.

The preoccupied nurse asked another standard question: “Who is the president now?” “Ronald Reagan,” Kim recalled. In November, a former actor won the Democrat election. Jimmy Carter has been at the head of the country since 1977, however, Reagan will enter into the rights only next year – after the inauguration in January. The answer did not at all have the effect that the girl was counting on.

The nurse left and returned with an unfamiliar old man. He turned to Kim as if he knew her well, although she definitely saw him for the first time. No one ever told her what happened. “I felt completely lost,” she says. – I kept waiting and waiting for when mom and dad appear. When you’re 18, it usually does. But they did not come.”

In the toilet, Kim looked in the mirror and saw herself in horror. “There wasn’t the girl I remembered, – “A 56-year-old woman was looking at me.” This was, in her words, the beginning of her “awakening.” She learned that almost 40 years have passed since school exams from her last memory. The unfamiliar old man is her husband, and they have children and even grandchildren, whom she completely does not remember. And the parents died.

According to the stories of relatives and friends, Kim Denikola restored the latest events before losing her memory. In October 2018, she returned from a weekly circle with her catholic church. On the street, her eyes clouded with a terrible headache. The woman called her husband. “He advised me not to drive, but to ask someone from the circle to take me to the hospital,” she says.

On the way, she lost consciousness – and the memory of everything that happened after 1980. Doctors believe that the woman survived transient global amnesia, but so far have not been able to determine the cause. “No one can say exactly what happened,” the woman complains. – It could be a microstroke that cannot be seen, or a small traumatic brain injury. Or perhaps a reaction to a cure for muscle pain that I took the night before the incident.”

People lose their memory in different ways. Soap opera characters who do not remember their name, past, or other people suffer from retrograde amnesia. With it, access to information about past events is partially or completely lost, but the rest of the memory is not disturbed.

Anterograde amnesia deprives people of the ability to create new memories. They remember everything that happened to them before the illness, but forget about what happened yesterday, an hour or even a minute ago. It was the suffering of the main character of the film “Memento”, directed by Christopher Nolan in 2000.

Transient global amnesia, which hit Kim Denikola, has the traits of both retrograde and anterograde amnesia. A person does not forget who he is and does not lose his skills (for example, the ability to drive a car), but loses his memory of the past and for some time loses the ability to create new memories. Fortunately, not forever. In most cases, transient global amnesia passes in a few hours or days, less often – weeks. Everything ends safely.

In 2012, the Dutch writer Daan Heerma van Voss faced transient global amnesia. The loss of memory was so short that it seems almost a curiosity.

“All day friends, relatives and former lovers came to me to talk about what, in their opinion, was part of my life. I listened, nodded and instantly forgot their words, –he told New York Times. Gradually, I calmed down, and all my memories returned to me (however, who can guarantee that it is really all of them?). I was told that I did not have a stroke, there are no signs of permanent brain damage either. According to the doctors, I was in great shape.”

Journey to the future

The story of Naomi Jacobs from the UK, who survived transient global amnesia in 2008, is much like the case of Kim Denicola. Once she woke up with full confidence that she was 15 years old – 17 years less than in reality. “I remember looking at myself in the mirror and screaming, –she writes . – From the point of view of a 15-year-old girl, what I saw was horror. Who is this aging woman with wrinkles, spots and bags under her eyes? ”

Jacobs compares her feelings with time travel. Everything was new to her – both the world and her own life. But she, unlike Denikola, forgot only 17 years. She was transported into the future by as many as 38 years. “It was very interesting to see how much everything is different now than in the 1980s, how much has changed,” she says. – I did not know about Donald Trump, did not know who Barack Obama or Bill Clinton are. “

The only computer that she came across in 1980 was in the school library. “It was a big white box in which you had to insert a floppy disk to record information,” the woman says. “The last TV I remember was a drawer on the floor.” To switch the channel, I had to get up and go up to it. And now our TV is hanging on the wall, it is very narrow and thin. When you watch it, it’s a completely different sensation. ” She liked the video chat on the phone, the social networks were rather perplexing (to her taste, there are too many unnecessary disputes), and the television got better, but the dominance of advertising spoils everything.

Jacobs was more shocked by the meeting with himself. In her youth, she had no doubt that she would do something creative. Perhaps she will become a journalist and will travel around the world. “At 15, you don’t know who you will be at 32,” she admits. – When I woke up in the future, I wanted to say: “Wait, it’s not like I wanted.” I turned out to be a single mother, who vegetates with a cat in a tiny apartment and drives some kind of pimped. I had no work, I studied as a psychologist and lived on handouts from the state. How could this happen? I was terribly disappointed. “

At first, Jacobs did not want to go to the doctors. It seemed to her that the next day she would wake up in the past, and everything would be fine. When this did not happen, the woman took out a diary that had been kept for almost 20 years and began to read it. There were answers to all her questions.

For Kim Denikola, the diary was replaced by a box of old photographs. “I’m slowly learning to connect names and faces, learning to live in 2019,” she says. Her amnesia has not passed for three months, and doctors do not exclude that the memory is lost forever.

Jacobs was lucky: her memory recovered after seven weeks. Seeing herself from aside, she decided to start her life anew. “Now everything is different,” she writes. – When I wake up, I focus on what is really important. I try to do something at least once a day that makes me like to be me. I used to be surrounded by people, because of which I thought of myself badly. After amnesia, I realized that you don’t need to think like that. This has become the foundation on which I am now building my life. ”