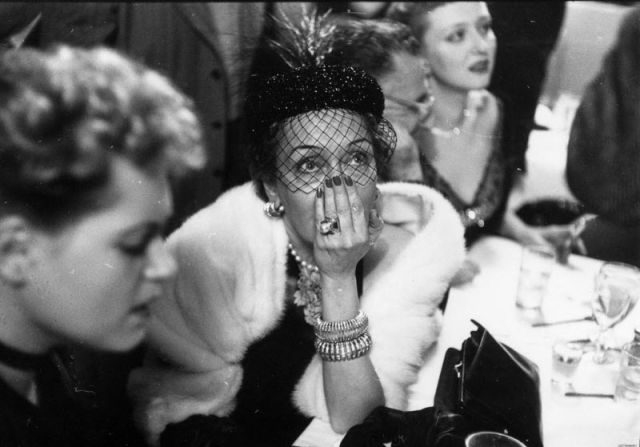 These stunning photos reveal relationships and sides of famous people you’ve never seen before and capture the essence of eras that have come and gone. I’m sure more than a few of these will surprise you…and some might even make you laugh.

Barack Obama on his high school basketball team
Arnold Schwarzenegger in New York for the first time in 1968
Bill Gates’ mug shot for driving without a license 1977
Muhammad Ali talking someone out of jumping – 1981
Audrey Hepburn shopping with her pet deer, Ip, in Beverly Hills, CA -1958.
Jimi Hendrix and Mick Jagger – 1969
Madonna, Sting and Tupac hanging out.
Paul McCartney, John Lennon & George Harrison performing at a wedding reception, 1958.
The Rolling Stones circa 1963
Ernest Hemingway’s passport photo – 1923
President FDR’s funeral in 1945
Robin Williams dressed like a cheerleader – 1980
The original Star Wars cast seen just before filming
Cameramen recording the lion roar for the MGM logo
Elton John at the piano bar aboard his private plane – 1976
Charlie Chaplin and Albert Einstein
Queen Elizabeth during her WWII service.
Elijah Wood & Macaulay Culkin – 1993
John Travolta & Olivia Newton John rehearsing for “GREASE”
A young Osama Bin Laden with his family in Sweden during the 1970s. Bin Laden is second from the right in a green shirt and blue pants.
Diane Keaton and Al Pacino on set for The Godfather 1972
Steven Spielberg and Drew Barrymore on set of E.T
Bruce Lee dancing
Actors portraying President John F. Kennedy and Marilyn Monroe and their rumored affair

For the past 40 years, Americans has been enthralled by rumors that Kennedy never gave up his playboy lifestyle, even after marriage and his presidency. These photos, created by photographer Alison Jackson with look-alikes, portray what someone may have seen from the night Monroe performed ‘Happy Birthday Mr. President’ at JFK’s 45th birthday at Madison Square Garden.

The Japanese dog was famous for his incredible loyalty. His owner passed away and didn’t come home on his usual train one evening in 1925. Hachiko returned to the station every day and waited for him to come home for 9 years until his own death.

In this article:famous people, History, images