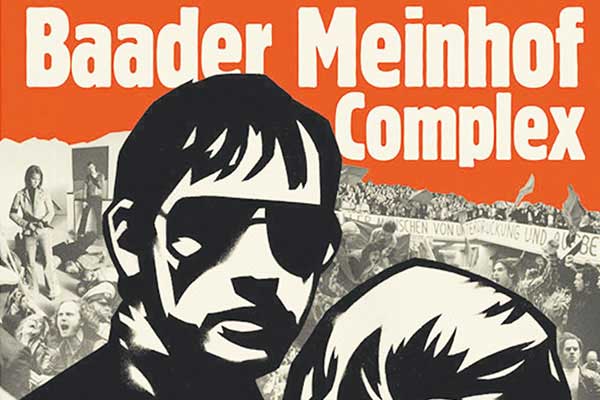 When a thing you just found out about suddenly seems to crop up everywhere.

Your friend told you about that obscure bluegrass-electro-punk band yesterday morning. That afternoon, you ran across one of their albums at a garage sale. Wait a minute—that’s them in that Doritos commercial, too! Coincidence … or conspiracy? More likely, you’re experiencing “frequency illusion,” somewhat better known as the Baader-Meinhof phenomenon.

Stanford linguistics professor Arnold Zwicky coined the former term in 2006 to describe the syndrome in which a concept or thing you just found out about suddenly seems to crop up everywhere. It’s caused, he wrote, by two psychological processes. The first, selective attention, kicks in when you’re struck by a new word, thing, or idea; after that, you unconsciously keep an eye out for it, and as a result find it surprisingly often. The second process, confirmation bias, reassures you that each sighting is further proof of your impression that the thing has gained overnight omnipresence.

The considerably catchier sobriquet Baader-Meinhof phenomenon was invented in 1994 by a commenter on the St. Paul Pioneer Press’ online discussion board, who came up with it after hearing the name of the ultra-left-wing German terrorist group twice in 24 hours. The phrase became a meme on the newspaper’s boards, where it still pops up regularly, and has since spread to the wider Internet. It even has its own Facebook page. Got all that? Don’t worry. You’ll hear about it again soon.