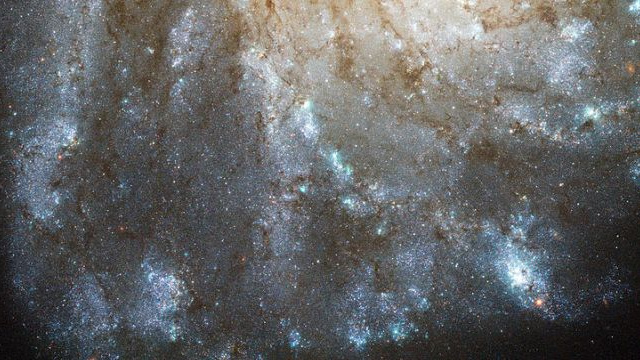 There’s a yellow-orange light fading in the top left corner of this picture, and nobody knows what it is. It’s not a nova or a supernova. It’s not a regular star. What is it?

For those of you squinting at your screens, here’s a larger version of the picture below, with a faint red circle around the one bright dot in the thousands of bright dots pictured that you should be looking at. The galaxy is Messier 99, and the dot is… well… we don’t know. It is called PTF 10fqs, and it was first captured flaring up in 2010. It’s pictured here dying down again, but more in focus than it was when it was brighter. Scientists have ruled out what it is not, but have few ideas on what exactly it is. According to the ESA:

What is unusual about PTF 10fqs is that it has so far defied classification: it is brighter than a nova (a bright eruption on a star’s surface), but fainter than a supernova (the explosion that marks the end of life for a large star). Scientists have offered a number of possible explanations, including the intriguing suggestion that it could have been caused by a giant planet plunging into its parent star.

Well, at least we now know that if the Earth falls into the sun, we’ll puzzle some alien astronomers somewhere as much as this puzzles us.

In this article:galaxy, light, Messier 99 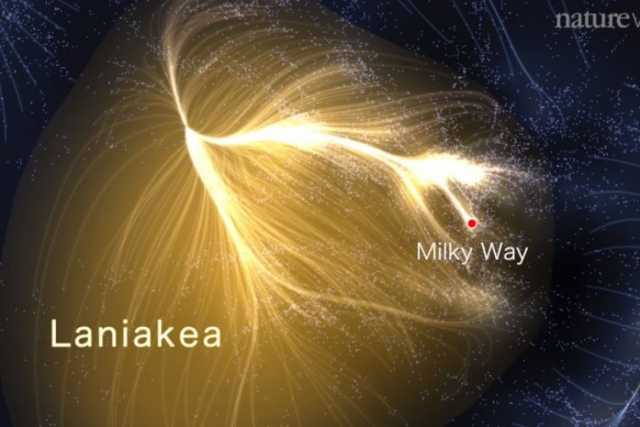 Where are we in the universe?: Most detailed map yet released. Wow!

What?! The Universe Appears to Be Missing Some Light

By Charles Q. Choi, Space.com Contributor An extraordinary amount of ultraviolet light appears to be missing from the universe, scientists have found. One potential...