As a nomadic cultural historian, my subjects have led me in wildly different directions. I spent every Friday for five years in a dim, dusty reading room in West Orange, New Jersey, formerly a laboratory on the second floor of Thomas Edison’s headquarters, deciphering the blunt-penciled scrawls of the celebrated inventor. Two years after my biography of Edison appeared, I found myself laboring up vertiginous stairs at daybreak in Mexico, photographing the faded ocher outlines of winged snakes etched into stone temples at the vast ruins of Teotihuacán. The daunting treks led to a book on Mesoamerican myth, Legends of the Plumed Serpent.

Those two disparate worlds somehow collided unexpectedly on a recent afternoon in the hushed, temperature-controlled precincts of the National Museum of the American Indian storage facility in Suitland, Maryland. There, staffers pushing a rolling cart ushered one of the museum’s greatest treasures into the high-ceilinged room. Nestled in an acid-free corrugated cardboard container was the earliest known example of telephone technology in the Western Hemisphere, evoking a lost civilization—and the anonymous ancient techie who dreamed it up.

The gourd-and-twine device, created 1,200 to 1,400 years ago, remains tantalizingly functional—and too fragile to test out. “This is unique,” NMAI curator Ramiro Matos, an anthropologist and archaeologist who specializes in the study of the central Andes, tells me. “Only one was ever discovered. It comes from the consciousness of an indigenous society with no written language.”

We’ll never know the trial and error that went into its creation. The marvel of acoustic engineering—cunningly constructed of two resin-coated gourd receivers, each three-and-one-half inches long; stretched-hide membranes stitched around the bases of the receivers; and cotton-twine cord extending 75 feet when pulled taut—arose out of the Chimu empire at its height. The dazzlingly innovative culture was centered in the Río Moche Valley in northern Peru, wedged between the Pacific Ocean and the western Andes. “The Chimu were a skillful, inventive people,” Matos tells me as we don sterile gloves and peer into the hollowed interiors of the gourds. The Chimu, Matos explains, were the first true engineering society in the New World, known as much for their artisanry and metalwork as for the hydraulic canal-irrigation system they introduced, transforming desert into agricultural lands.

The artifact’s recent past is equally mysterious. Somehow—no one knows under what circumstances—it came into the hands of a Prussian aristocrat, Baron Walram V. Von Schoeler. A shadowy Indiana Jones-type adventurer, Von Schoeler began excavating in Peru during the 1930s. He developed the “digging bug,” as he told the New York Times in 1937, at the age of 6, when he stumbled across evidence of a prehistoric village on the grounds of his father’s castle in Germany. Von Schoeler himself may have unearthed the gourd telephone. By the 1940s, he had settled in New York City and amassed extensive holdings of South American ethnographic objects, eventually dispersing his collections to museums around the United States.

The sophisticated culture was eclipsed when the Inca emperor Tupac Yupanqui conquered the Chimu king Minchancaman around 1470. During its heyday, the urban center of Chan Chan was the largest adobe metropolis in pre-Columbian America. The central nucleus covered 2.3 square miles.

Like the Inca, Matos says, the Chimu were organized as “a top-down society; this instrument would have been made only for, and used by, a member of the elite, perhaps a priest.”

Walls within walls and secluded apartments in the ciudadelas preserved stratification between the ruling elite and the middle and working classes. The NMAI telephone, Matos says, was “a tool designed for an executive level of communication”—perhaps for a courtier-like assistant required to speak into a gourd mouthpiece from an anteroom, forbidden face-to-face contact with a superior conscious of status and of security concerns.

Contemplating the brainstorm that led to the Chimu telephone—a eureka moment undocumented for posterity—summons up its 21st-century equivalent. On January 9, 2007, Steve Jobs strode onto a stage at the Moscone Center in San Francisco and announced, “This is the day I have been looking forward to for two and a half years.” As he swiped the touchscreen of the iPhone, it was clear that the paradigm in communications technology had shifted. The unsung Edison of the Chimu must have experienced an equivalent, incandescent exhilaration when his (or her) device first trasnsmitted sound from chamber to chamber.

In this article:phone, Smithsonian Collections 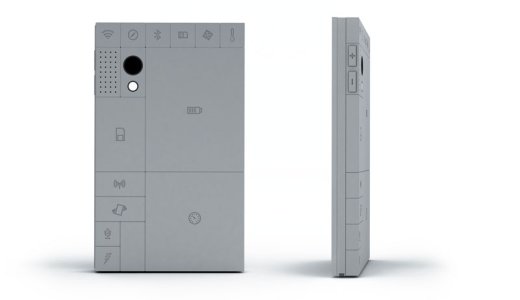 Phonebloks : The Future Of Mobile Phone

THE PROBLEM A phone only lasts a couple of years before it breaks or becomes obsolete. Although it’s often just one part which killed...