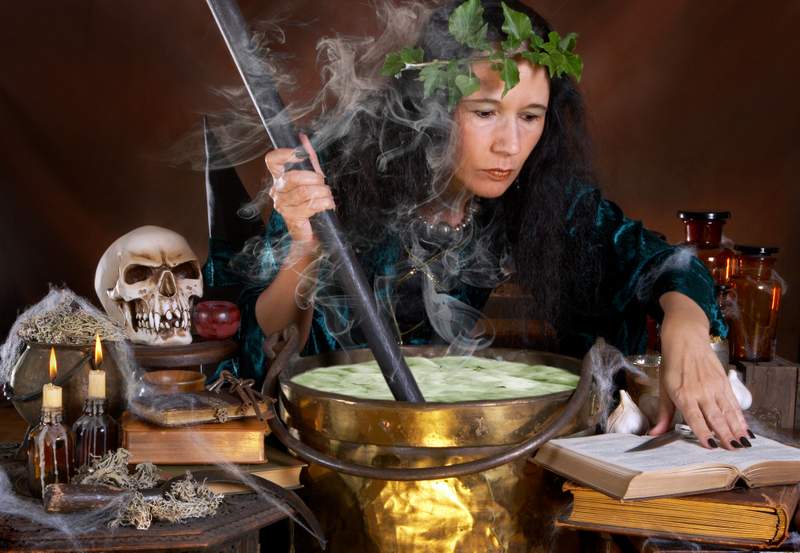 In the popular witcher saga, boys go through trials, gaining inhuman strength, magical abilities, and longevity. A major role in this is played by herbs, supposedly changing the metabolism and basic systems of the body.

From a scientific point of view, phytotherapy does not cause such radical mutations, but to get poisoning and even a tumor is quite real.
Herbal medicine has been known since time immemorial, when classical medicine was in its infancy. And now many are convinced that the infusions of herbs, different types of tea, plant extracts benefit more than tablets, because it contains only natural ingredients. It is widely believed that herbs are environmentally friendly raw materials, they have a mild effect and are safe for the body. However, we are dealing with a myth that has no scientific evidence.

Unlike drugs manufactured by industry, plants contain hundreds of chemicals, each of which may have a biologically active effect. Homemade herbal preparations or those purchased as dietary supplements are not standardized, not cleaned, often have not passed laboratory and clinical trials, and therefore it is not known how they act on the body, are combined with other medicines, do they give side effects, in which doses are safe, and in which are toxic.

Scientists from India in 2017 described such a case. A 73-year-old man came to one of the hospitals with complaints of pain in the lower abdomen and throughout the body, fatigue, vomiting, and constipation. Eight months earlier, he had been diagnosed with diabetes mellitus, and he was taking the herbal powder prescribed to him by an Ayurveda specialist, traditional Indian medicine.

Doctors examined the patient and prescribed conservative treatment, but vomiting did not pass. The next course also did not bring relief. Then they sent Ayurvedic powder for analysis and found there an increased content of lead – extremely toxic to humans. It was what caused the poisoning and inflammation of the intestines in the patient. It has been known for a long time that plants, especially roots, accumulate heavy metals and other toxic compounds well. Scientists use this feature to monitor soil pollution. The reverse side of plant susceptibility is the real risk of poisoning.

Since ancient times, plants of the genus Aristolochia have been used in obstetrics and treatment after snakebites. The acids of the same name contained in them have anti-inflammatory properties, and until recently, aristolochia extracts were part of the preparations for arthritis, rheumatism, gout, suppuration.

In the late 1980s, scientists discovered that aristolochic acids cause cancer in rodents. They are discontinued everywhere. However, in traditional medicine they are continued to be used.

In 1991, about one hundred cases of kidney damage due to prolonged use of Chinese traditional medicine for weight loss containing Aristolochia fangchi were revealed in Belgium. Several hundred people in different countries of Europe and Asia suffered from such “treatment”. It has now been proven in experiments on mammals that aristolochic acids cause mutations in genes, provoking the synthesis of abnormal proteins in cells. This phenomenon is called mutagenesis. In 2012, the International Agency for Research on Cancer added these substances to the group of proven carcinogens, and in 2017, the Chinese authorities announced the names of 43 patented drugs and 24 plant species containing aristolochic acids.

According to rough estimates, about a third of people in the Western world use herbal and other folk remedies for colds, fever, inflammation, indigestion, constipation, cirrhosis of the liver, heart disease, diabetes, diseases of the central nervous system and even AIDS. In the United States, from 1993 to 2012, the number of herbal medicine products on the market increased tenfold. WHO recommends phytotherapy with proven efficacy in the medical insurance. All these trends, apparently, are associated with a strong belief in the healing properties of herbs that have been tested by folk medicine for thousands of years. At the same time, as American researchers note, the more widely the herbal medicine is used, the more cases of liver damage are associated with it. This is a slight increase in the level of liver enzymes and cirrhosis, and the accumulation of adipose tissue in the liver cells.

Now several natural components of herbs have been identified that have toxic and carcinogenic effects. For example, pyrrolisidine alkaloids are found in more than six thousand plants, including licorice, coltsfoot, and cucumber grass. In comfrey medicinal – 14 compounds of this type, considered genotoxic. The most famous are symphytin, 7-acetyllicopsin, 7-acetylintermedin and intermedin. These substances can cause mutations in genes, damage DNA, chromosomes, micronuclei. Many medicinal plants (Sassafras officinalis, Chinese cinnamon) and spices (nutmeg, cinnamon, anise) contain compounds of the phenylpropanoid group. For some, for example, carcinogenic effects has been proven.

Among the huge variety of potentially useful plants, the genotoxic properties of plant compounds and extracts have been studied in a very small part, the authors of the review note. To many experiments there are questions. Most were made on cell cultures, in rare cases on animals, the doses at which negative properties are manifested have not always been studied, and the results are often contradictory. Little is investigated about the manifested qualities of the compounds in complex mixtures, and this is how they are most often used in folk medicine. But the very fact that compounds dangerous for DNA are found in plants used by humans, requires studying this category of traditional medicine more carefully.