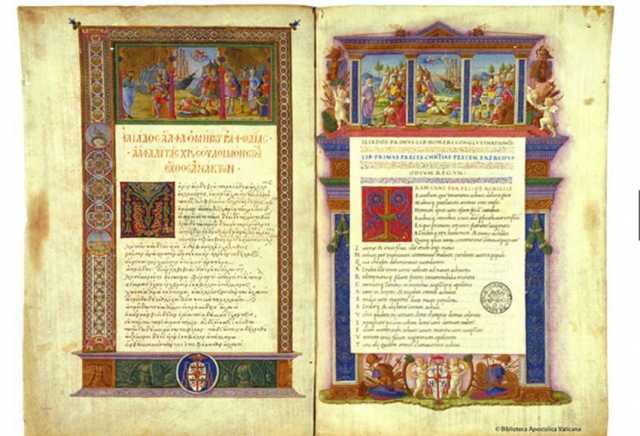 Almost 600 years after Pope Nicholas V founded the Vatican Apostolic Library, the Holy See is now turning to 50 experts, five scanners and a Japanese IT firm to digitize millions of pages from its priceless manuscripts, opening them to the broader public for the first time.

When the project is finished, one of the richest and most important collections of historical texts in the world will be available with a click of the mouse – and free.

The plan marks a revolution for an institution known as the Popes’ Library, which houses more than 82,000 manuscripts, some dating back to the second century. Scholars must now submit a detailed request to gain access to the library, which sits within the Vatican walls. The most precious works of art, such as a 1,600-year old manuscript displaying Virgil’s poems once studied by Raphael, have been mostly off-limits.

“This restriction was wise to protect such valuable manuscripts from hordes of visitors,” said Alberto Melloni, a church historian who has used the Vatican library several times. “If anybody could visit, it would be like putting a child with a paintbrush in front of the Mona Lisa.”

By digitizing its archives, the Vatican library, established in 1451, joins the ranks of illustrious institutions such as the British Museum, Bibliothèque Nationale de France and the Cambridge University Library. The Vatican is offering “a service that we provide all mankind,” said Msgr. Cesare Pasini, prefect of the library, at a recent presentation of the project.

For the past year, Vatican officials have worked closely with experts at Japanese IT firm NTT DATA Corp. 9613.TO -2.39% to test special scanners designed to handle particularly delicate documents. Glove-wearing operators, who must remove watches and jewelry to prevent scratching the texts, made sure that the scanners wouldn’t damage the documents.

A scanner operator helps digitize material from the library’s collection of more than 82,000 manuscripts.

The machines have a protective screen to limit the manuscripts’ exposure to light, and windows must remain shut and curtains drawn during the scanning procedure to keep dust and extraneous light out of the room.

With the test phase finished, about 50 Italian and Japanese operators will soon begin the process of digitizing the first batch of 3,000 manuscripts under the watchful eye of Vatican librarians. That process, which will take place entirely inside the library, is expected to take four years.

After each document is scanned, it will be formatted for long-term storage and then released onto the library’s website. The first digital images are expected to be put online in the second half of this year. All of the manuscripts, including the most delicate ones, will eventually be scanned, and viewers will be able to examine them from a variety of angles.

Digitalizing the library will be a mammoth task, involving 43 quadrillion bytes. (A byte is a unit that is used to represent an alphanumeric character.) In the end, about 40 million pages will be available for all to see. The Vatican won’t say how long the whole project will take.

Disaster recovery mechanisms will be put in place so that images of the manuscripts will be conserved should anything happen to the originals.”If something horrible happens – and I pray to God it doesn’t – at least all this won’t be lost,” said James R. Ginther, professor of medieval theology and director of the Center of Digital Humanities at St. Louis University in Missouri.

NTT DATA has agreed to front the €18 million ($25 million) cost of the first, four-year phase, but it is seeking sponsors to recoup that figure. To encourage donations, the Vatican Library’s website will display the sponsors’ logos next to scanned images.

Even when the digitization is complete, Vatican officials expect scholars and researchers to still seek access to the library to view the originals in person.

“It is really important to have a physical feel of the manuscript…and this can only happen when you are there,” said Candida Moss, professor of New Testament and Early Christianity at the University of Notre Dame, who has used the library in the past.

The opening of the library might be a letdown for Vatican conspiracy theorists. The alleged secrets housed in the Vatican’s archives have sometimes featured in mystery novels, such as those penned by Dan Brown.

When asked if any compromising or embarrassing documents will emerge when the digital archives are thrown open to the public, Archbishop Jean-Louis Bruguès, librarian of the Holy Roman Church, chuckled.

“We have nothing to hide,” he said.