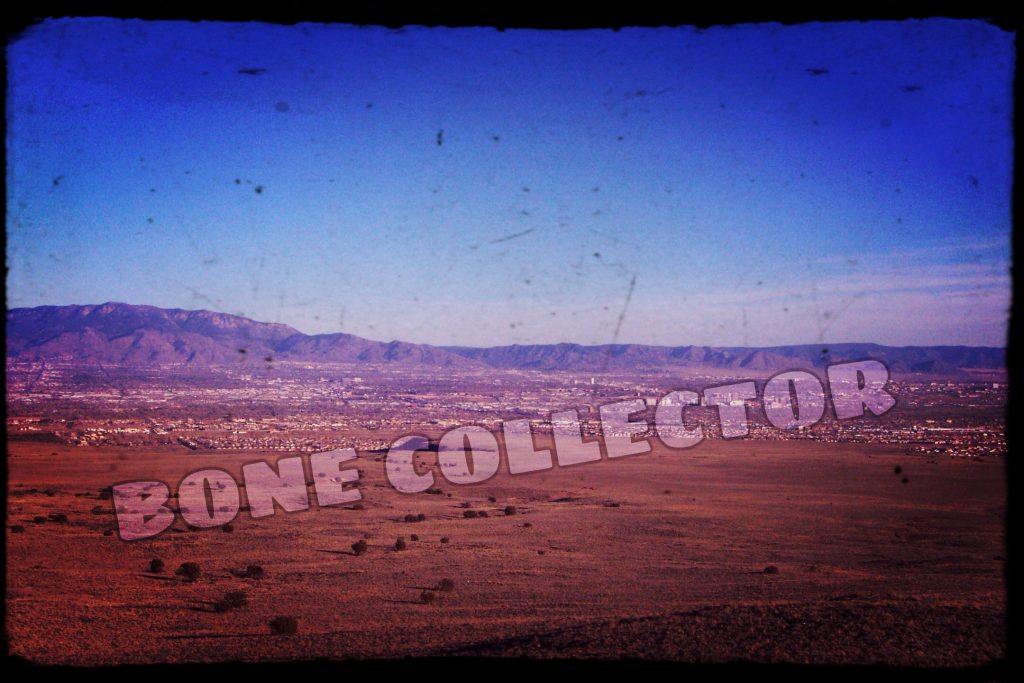 Between 2002 and 2005, a serial killer who became known as the West Mesa Bone Collector murdered and buried 11 women in the outskirts of Albuquerque, New Mexico. To this day, law enforcement officials have been unable to discover the true identity of the murderer, despite the fact that they have a list of potential suspects, two of whom are already dead. The stuff of a mystery television show, the Bone Collector’s saga will leave you with goosebumps.

Eleven Bodies Were Found Scattered Over The 92-Acre Site

When a collection of bodies was discovered in the desert outside of Albuquerque, NM, it wasn’t just the number of bodies that were found that stunned investigators, but the way in which they were buried. The bodies of 11 women and one unborn child were found not in a single mass grave, but rather they were found scattered across a desolate, empty plot of land.

Because of this, it took law enforcement officials quite some time to recover all of the bodies. Then, they started the arduous process of identifying each of them, quickly coming to realized that many of them had been missing for years. By the end of their investigation, the bodies of 11 women had been identified: Jamie Barela, Monica Candelaria, Victoria Chavez, Virginia Cloven, Syllania Edwards, Cinnamon Elks, Doreen Marquez, Julie Nieto, Veronica Romero, Evelyn Salazar, and Michelle Valdez.

One Suspect, Lorenzo Montoya, Died In 2006, At Which Point The Murders Mysteriously Stopped

Lorenzo Montoya had a rather suspicious criminal background. He not only lived near the burial site, but he was arrested in 1999 for attempting to strangle a prostitute that he’d picked up and taken to a secluded area. In 2006, Montoya died after the boyfriend of Sherick Hill, another prostitute, murdered him. Montoya had hired Hill, and then tied her up and strangled her. But when she didn’t emerge from Montoya’s home at the time she said she would, her boyfriend, whom she’d brought with her, approached the house and killed Montoya in self-defense. Suspiciously, the West Mesa murders stopped after Montoya was killed, leading the authorities to conclude that he may have been the killer.

When law enforcement officials began searching for other bodies strewn across the plot of land in West Mesa, they had compiled a list of 20 potential victims. All of those women had been missing for some time, and they all shared characteristics with the known victims. Of that list, 11 were found buried in the serial killer’s dumping ground, and 3 others were luckily found still alive. However, the remaining 6, all of whom remain unnamed even though their pictures are available, are still missing, and might have fallen prey to the murderer as well.

The West Mesa burial ground was first discovered in February, 2009, by a woman who lived in the area. Allegedly, she had been out walking her dog in this particular 92-acre deserted scrubland known as West Mesa – a section of Albuquerque, NM – when she came across a bone sticking out of the ground and promptly called the police.

Joseph Blea Was Another Potential Suspect, According To His Current Wife And His Ex-Wife

Two things led Cheryl Blea, Joseph Blea’s wife, to suspect that he may have been the West Mesa Bone Collector. First, there was a large collection of jewelry found in their home that didn’t belong to either her or their daughter, and then a stash of women’s underwear was found in their backyard shed.

Blea had already been on law enforcement’s radar thanks to his habit of stalking prostitutes in Albuquerque’s East Central neighborhood. Plus, he had also been arrested for exposing himself in public. When the police finally caught up with him to bring him in for questioning, they discovered electrical tape and rope in his car. In fact, after the bones were found in West Mesa, Blea’s ex-wife, April Gillen, promptly called the police to inform them that she believed her ex-husband was the killer. However, so far nothing has definitively connected him to the crimes.

Blea is currently in prison serving a 36-year sentence for raping a 13-year-old girl.

After studying satellite imagery of the area where the bones were uncovered, law enforcement officials were able to pinpoint the approximate years that the ground had been disturbed in the area. They were even able to identify tire tracks leading up to and around some of the burial sites that appeared between the years 2003 and 2005. Those photos also showed evidence of soil movement, most likely from when the graves were dug.

In 2010, George Walker, a private investigator in the Albuquerque area, began receiving messages from someone who claimed to know the identity of the West Mesa Bone Collector. In fact, the emails and phone messages are suspected to even be from the killer himself. However, law enforcement still hasn’t determined who has been leaving the messages, and they aren’t sure if that person even knows anything reliable, as none of the information provided has been verified.

Fred Reynolds, who died in early 2009 of natural causes, left quite a mystery behind. Reynolds was a former heroin addict who was supposedly looking for several missing women before he passed away – one of whom was Doreen Marquez, whose body was found buried in West Mesa. According to Lori Gallegos, a friend of Marquez’s, Reynolds might have been operating an escort service that employed many of the victims. The real question here is why did he have pictures of Marquez and the other missing women before the body dump was even found? Did he know something that the police didn’t, or was he actually the killer?

A Lack Of Evidence Has Hindered The Progress Of The Case

The main obstacle in the West Mesa Bone Collector case is that there is a surprising lack of evidence. The bodies decomposed drastically while they were buried, and any reliable physical evidence, including DNA, decomposed right along with them. In fact, the coroner couldn’t even definitively tell how the victims were killed, beyond defining it as “homicidal violence.” Additionally, no one has come forward with any eye-witness testimonies that suggest the victims were ever seen with the murderer.

Scott Lee Kimble, A Former FBI Informant And Top Suspect, Had Ties To The Albuquerque Area

In 2002, Scott Lee Kimball was released from prison early after having agreed to work for the FBI as an informant, but instead he went on a killing spree causing him to wind up back in prison by 2005. Since then, he has been accused of murdering his former cellmate’s girlfriend, Jennifer Marcum, as well as a 19-year-old woman named Kaysi McLeod, who would have technically been his stepdaughter, as he married her mother after she “vanished.” Kimball also reportedly killed his uncle, Terry Kimball, and a woman named LeAnn Emery. He is currently serving a 70-year prison term.

In 2011, the authorities listed Kimball as a suspect in the West Mesa killings. He allegedly visited the area regularly between 2002 and 2005 for his job, and has a history of violence. However, he denies being the killer, and no direct connections have been made between him and the victims.

Unfortuntely, this case has gotten little attention from media outlets, and many suspect that this could have to do with the occupation of the victims. All of the victims were known to work as prostitutes and others had known drug problems. Each of these factors are believed to have played an important part in the amount of attention that the case has so far received. People living in the area continue to be dismayed that the police haven’t given more attention or provided more answers and continue to hope for a future break in the case and peace for the women who were killed.