German physicists Jörg P. Rachen and Ute G. Gahlings have recently discovered evidence of a Universal Conspiracy and have just published their results in a brilliant exposé published in the highly esteemed Journal of Comparative Irrelevance: 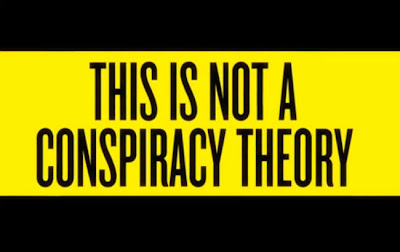 Abstract: “Based on the cosmological results of the Planck Mission, we show that all parameters describing our Universe within the ΛCDM model can be constructed from a small set of numbers known from conspiracy theory. Our ﬁnding is conﬁrmed by recent data from high energy particle physics. This clearly demonstrates that our Universe is a plot initiated an unknown interest group or lodge. We analyse possible scenarios for this conspiracy, and conclude that the belief in the existence of our Universe is an illusion, as previously assumed by ancient philosophers, 20th century science ﬁction authors and contemporary ﬁlm makers.