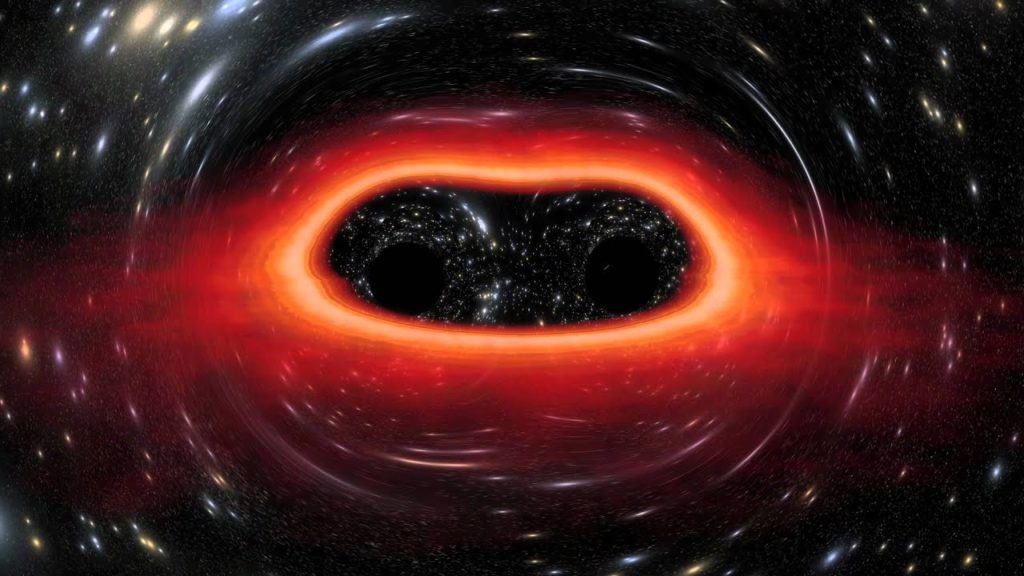 New evidence suggests that, instead of being flat like a leaf, the universe can actually spin on itself.

What would happen if you could go drive with your spaceship faster than light and walked away in a perfectly straight line, never slowing down and never changing direction? Would you reach the edge of the universe or end up just where you started?

The idea that the universe is curved and curves over itself has existed for a while, however, it is a theory that is not really compatible with conventional ideas about how the universe works.

The study, which is based on the research of an international team of physicists, re-examines the data of the cosmic microwave background radiation (CMB), a remnant of the birth of our universe.

The key is in the discovery of an anomaly that suggests that there are significantly more “gravitational lenses” of the CMB than expected – more than can be explained by conventional physics.

According to the team’s findings, if the universe is really curved, then the curvature is very smooth, which means that on a planetary scale or even on a galactic scale it is unlikely that we will really notice. The cosmic microwave background is the faint echo of the Big Bang (Image: ESA/Max Planck Institute)

On a cosmic scale, however, this curvature becomes increasingly frequent until someone who moves through the entire universe in a straight line finally ends just where it began.

However, there is a long way to go to prove once and for all that this is really the case.

“I don’t want to say that I believe in a closed universe,” said study co-author Alessandro Melchiorri. “I am a little more neutral. I would say wait for the data and what the new data will say. ”

“What I think is that there is a discrepancy now, that we have to be careful and try to find what is producing this discrepancy.”

In this article:curved universe, gravitational lenses