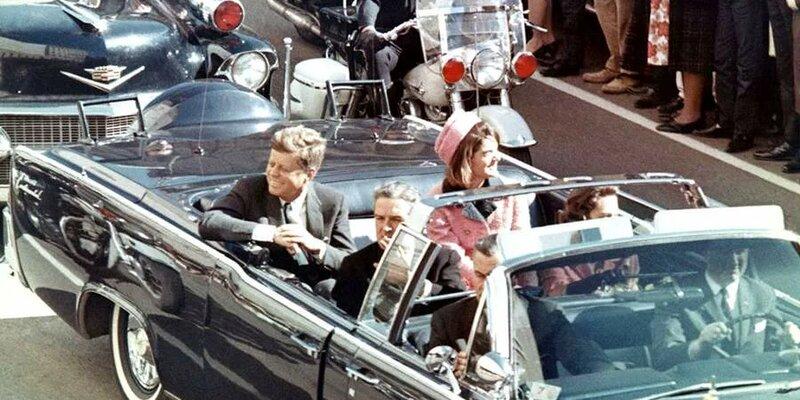 The US National Archives and Records Administration has published nearly 2 thousand previously classified documents related to the assassination of the 35th US President John F. Kennedy.

The files were sealed shortly after the assassination, with the prospect of opening in the middle of the 21st century because of potential threats to US national security and the protection of members of the Kennedy family. The prolonged secrecy threw oil on the fire, strengthening the legend of John Kennedy, the end of which was an important and integral part of it.

Indicative of the interest are the hundreds of books, shows, movies, series and documentaries that have been released with great or less success and impact.

Oliver Stone’s political thriller “JFK” belongs to the first category. In fact, the director returns with a second film, this time a documentary on the “cover-up” that he claims followed the assassination of John F. Kennedy on November 22, 1963. He said in anticipation of the film’s release that after a decades thorough investigation, he “knows the real killer of the president.”

John Fitzgerald Kennedy was shot dead on November 22, 1963. According to the official conclusions of the commission investigating the murder in 1964, Kennedy was killed by 24-year-old Lee Harvey Oswald, he acted “alone and without any advice or help.” The killer was shot and killed two days after the crime and therefore was never convicted.

According to CBS, the declassified documents discuss the previously known, but never found an explanation of Oswald’s visits to the USSR and Cuban embassies in Mexico City, as well as the version of official Havana’s involvement in the assassination of the president.

Some notes indicate that Oswald contacted these embassies to obtain a Soviet visa. One of the documents, dated the day after the murder, mentions a telephone conversation between Oswald and a KGB officer in September of the same year.

In addition, the archive contains several reports on FBI surveillance of major Italian American mobsters – Santo Trafficante Jr. and Sam Giancana, whose names often appear in various versions of the Kennedy assassination and conspiracy theories around this crime, CBS notes.

At the same time, the channel indicates that the published materials contain little new information, and recalls that in the fall the US President granted the request of a number of federal agencies and postponed the publication of 14 thousand classified documents until December 15, 2022.

In the corresponding decree, Joe Biden said that the delay “is necessary to protect against apparent damage to defense, intelligence operations, law enforcement agencies or the conduct of international relations.”

The White House further explained that the archivists were late in examining the files due to the Covid-19 pandemic and need more time. Experts on the subject keep a small basket in solving the mystery. They insist that disclosure cannot be limited to a specific and selected part of the files. They warn that this is a gimmick and not an answer to the questions that are still pending today.

The intervening decades from the moment Kennedy was shot dead have not calmed the global interest in the premature end of the charismatic politician, but also the frenzied movement of various scenarios – irrational and not – as to who actually killed him and under what circumstances.

After all, it is one of the most high-profile and tragic events of the 20th century. It is one of the most important moments, as it was the Second World War, but certainly the most shocking. There is no doubt that it influenced the course of the United States and, by extension, the world. By exterminating the democratically elected leader of what was then called the “free world”, the “Kennedy chapter” that might have led to other historical paths in America, was left unfinished.

In this article:CIA, Kennedy assassination

CIA Uploads Millions Of Classified Documents To Its Website, Including Information On UFOs And Psychic Powers

The ‘STAR GATE’ remote viewing programme aimed to explore whether humans could be taught to be psychic The CIA is putting its secret history...