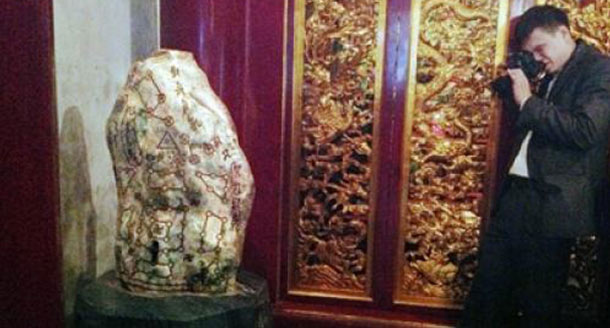 Vietnamese netizens have been talking about a rock of about 50 cm high, in the form of a sail, placed on a platform in the Thuong Temple. The front and back of the rock have complicated ancient hieroglyphics and square patterns. Some said that this rock is a kind of strange enchantments that is not good.

Mr. Nguyen Xuan Cac, director of the Management Board of the Hung Kings Temple Relic, said this rock was donated by a Hanoi man named Kham in 2009, when the relic was repaired.

Cac’s predecessor, Mr. Nguyen Van Khoi, previously had to submit a written explanation to the authorities of Phu Tho province for admitting the strange rock.

Cac said there is no ground to identify the rock as good or bad. Phu Tho will establish a scientific committee to “study” the rock. The committee will release its scientific conclusions and recommendations towards the strange stone after this year’s festival. 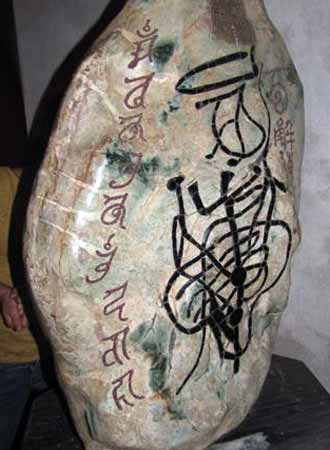 The strange rock removed from the Hung Kings Temple

VietNamNet Bridge – A Phu Tho province’s official has confirmed that the “strange rock” was moved out of the Hung Kings Temple. However, some...