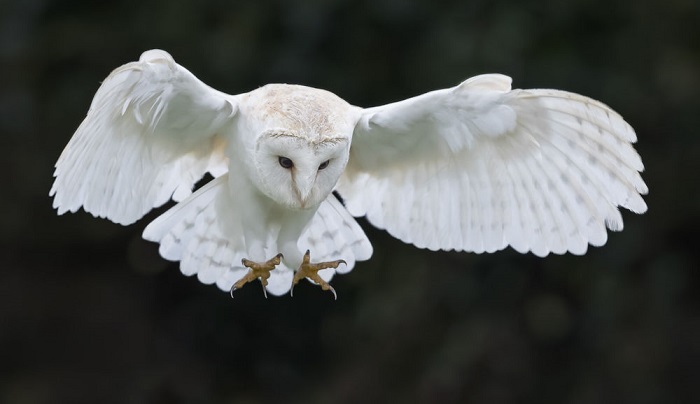 Owls are common characters in thrillers and horror movies. And the phrase “Owls are not what they seem!” is probably even known by those who have never watched the Twin Peaks series (Twin Peaks). There is something frightening in their appearance that writers and directors have long noticed.

There is a theory that owls are in some strange way related to aliens. Many eyewitnesses indicate that they saw owls in their recollections of abductions, and that it was likely that alien images were mentally “hidden” beneath owl images.

There are many cases where eyewitnesses have seen owls and these cases have been in very unusual circumstances.

Below is a selection of unusual encounters with people with white owls.

Recently, a US resident tells this story that happened to her and her friends 4 years ago. One day, around 7:00 pm, she, along with her roommate and another close friend, set off on a forest road near an abandoned railroad.

“We like to explore the various deserted places near our city and this was not new to us. We were 5 miles out of the city, among the trees, walking along the path. It gets dark here quickly, and this time we had forgotten to take the lanterns.

Suddenly a very strange feeling came over me and I started to feel very sick. I looked at my friends and by their appearance it became clear to them that they were not feeling well either. We stopped and started looking around with our eyes wide open. ” Let’s go back! “I said, and they agreed with me.

We were frightened by this sudden nervous sensation that encompassed all three of us. It was a feeling of intense fear, as if there was something nearby that we should be afraid of. And this nausea … Suddenly, a very loud and sharp sound came from us. When we turned around, we saw a very large white owl-like bird flying low above us.

She flew completely silent, fluttering her wings slowly, and disappeared behind the trees. After that, we quickly started walking back down the path. Strange clicking sounds continued to be heard behind us. It was as if something were moving quickly behind the trees and stepping on small branches.

At one point, my friend and I looked back and immediately noticed a white humanoid silhouette coming from behind a tree nearby, which disappeared immediately. We both managed to spot his round face. Everything was so scary that I immediately told my friend, ” Don’t tell her anything! “Given my roommate.

Meanwhile, my roommate looked at us incredulously. She didn’t see this creature, but she was scared like us. Then I told her we had to run home quickly, which we did.

I told this story to many friends and acquaintances, but no one believed me. Someone said that it was probably just an owl and everything seemed to us because of the dreaded dark forest environment. But I remember perfectly what that creature looked like.

When he peeked from behind the tree, it was obvious he was not a bird or owl. Because it was high and his neck and upper body were clearly visible.

Unfortunately, because of the darkness, I did not see his face well. I remember it was completely white. He was as tall as a man. ”

White owls on the road

“About 10 years ago, I was traveling late in the evening with my girlfriend, as I was driving on the road that passed by the lake. Suddenly, in the middle of the road, I saw a large white owl landing. I had to completely stop the car so I wouldn’t drive over it.

I started pushing the horn and flashing the headlights to scare the owl away so it would fly away. But, she was just looking at the car and didn’t move. So I decided to slowly approach her.

As we started to approach, we both clearly saw that there was no white owl on the road, but something weak, white and tall, apparently humanoid. It lay on the road, occupying almost two lanes. I could clearly see the humanoid limbs and shoulders.

My girlfriend and I were shocked. She called out:

But as I got closer, in some incomprehensible way, this creature again became an owl, or rather two owls. One owl was sitting in the middle of the road and the other was lying dead next to it. The living owl spread its wings wide in a menacing pose to us.

In order not to come across them, I was forced to get out of the way, practically driving on the grass. Shocked, my girlfriend kept saying:

I find it all very strange. First, in our area a white owl is rarely seen, but here – two at a time.

Secondly, it is impossible to explain the transformation of the owl into a weak tall alien, and then into two owls through pareidolia , dusk or something else. My eyes could see clearly, and my brain was well aware that it was just a humanoid, and I really didn’t like it all. My brain has never played such “games” before.

Third, even if you explain everything with the words “it just looks like it” and explain the length of the “humanoid” with the wings of the owl that are widely spread, this still does not explain how the owl could occupy almost the entire width of the road as it did the body of the humanoid.

Three weeks after the incident, I was traveling with two friends on the road in the same area, and my window was open. At one point, a large white owl flew out of a tree branch and flew very close to my window. A little more and he would get in the car!

A few days later I felt ill. One night I got home from work and my throat started to hurt a lot. When I looked in the mirror, I saw a small, even wound in the back of the throat, just behind the palatine tongue.

It had a smooth circular shape and looked deep, without bleeding or inflammation. When I showed it to my mother, she was horrified and immediately said I should go to the hospital. But when we both arrived at the hospital and the doctor examined me, he found nothing in my throat … The wound was gone.

When I began to insist that there was a wound, the doctor looked at me as if I was crazy and then said that if there was really a wound, it would not have been able to heal in such a short time. However, both my mother and I saw it.

In the years that followed, I continued to be harassed by the thought of this wound. I stopped smoking and it became a habit for me to check my throat every morning. I didn’t see the wound anymore, but it still worried me a lot. ” 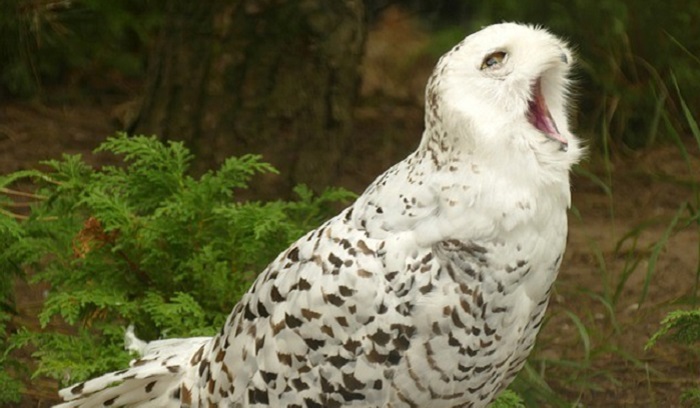 “It happened at 3:00 pm in Georgia. Three of my friends, my girlfriend and I were returning by car from a party. On the way out of the event, we were taking my girlfriend home. I was driving, one of my friends was sitting next to me in the front seat, the other two friends and the girl were in the back seats.

Suddenly my friend in the front seat and I simultaneously noticed a bright blue light coming from the night sky. He pointed to an object hidden from the clouds, so it was impossible to get a good look at its shape.

By the time we knew what it was, the object had already disappeared behind the trees. We told the others about what we saw. We soon arrived at the girl’s home and left her there. The boys and I were driving back the same way, and I was driving at about 55 mph. Suddenly out of nowhere, a large white owl appeared.

Within seconds, the owl flew very low over the road, parallel to our car, and was so close that you could reach out and touch it. Then she flew away, but a mile later a second white owl appeared, just like the first. She was just flying parallel to our car, low above the road.

When the white owl appeared for the second time, everyone in our car could no longer contain their fear. They shouted like savages, at the same time asking me to slow down so the owl could fly away. I stopped the car and saw the same strange blue light in the sky again. By the time we knew what was happening, everything was gone and neither light nor owl appeared again.

And so far, we have no explanation for what happened that night.

In this article:white humanoids, white owls