If you grew up in the 1980s, you were probably traumatized by the work of Whitley Strieber—the author whose work inspired the ultraviolent werewolf movie WOLFEN (1981), the prurient vampire movie THE HUNGER (1983), and the supposedly true-to-life alien abduction movie COMMUNION (1989).  That’s right…. Strieber not only wrote about terrifying otherworldly creatures; he claims to have actually encountered them.

The author’s real-life horror story began one night in December 1985 when he was awakened by a peculiar noise.  He opened his eyes to see a small inhuman creature rushing toward his bed.  The next thing he knew, it was morning and he was feeling disoriented and angry—but he didn’t know why.  A few months later, he recalled (under regressive hypnosis) a series of terrifying events.  His memories became the basis for the 1987 bestseller Communion, in which Strieber asserted that he was abducted and physically assaulted by unknown Visitors.  What has haunted him ever since that night is the never-ending search for meaning: Who were these Visitors?  What did they want from him?  Were they trying to tell him something?  Maybe warn him about something? 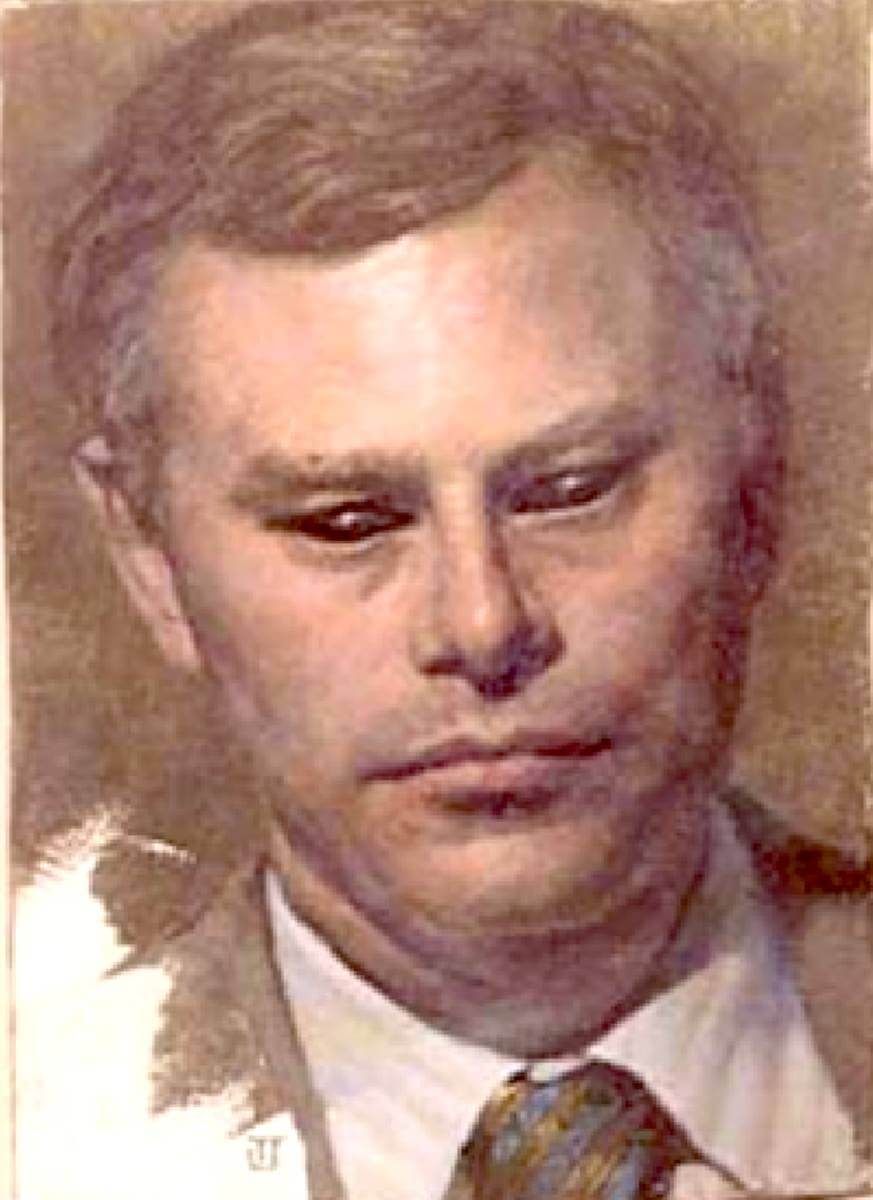 Communion posed the questions, and subsequent books offered speculative answers.  In 1988’s Transformation, Strieber embraced mystical philosophy, aligning himself with occult figures like George Gurdjieff and P.D. Ouspensky, and concluding that the important lesson to be drawn from his experience was about overcoming fear.  “Fear confuses us and holds us back,” he wrote.  “It is our primary obstacle.  Successful confrontation with it is the breakthrough that leads to understanding.”  It was still too soon for understanding, but he presented a compelling theory about the existence of a half-world between the demonstrably-real world we live in and the intangible world of thought and imagination.  In essence, he suggested that fictional creations may have more physical substance than we normally assume.  He cited his own fiction as his example. 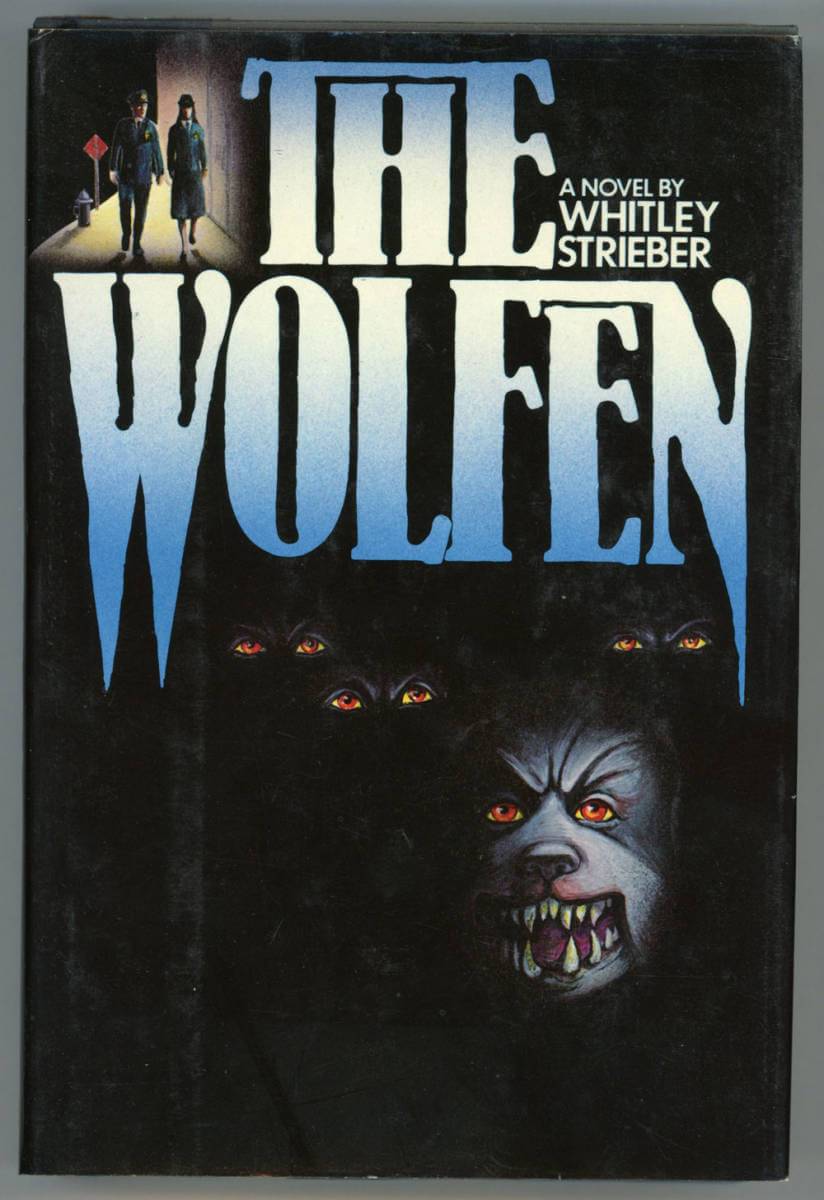 In 1978 Strieber published his first horror novel, The Wolfen.  The book is about a pair of NYPD detectives who stumble upon a secret society of ancient wolf-like creatures.  The author describes these creatures as “serene in their deadliness,” “not even a little human but… clearly intelligent,” with pale gray eyes and a “cruel beauty.”  A minor character in the novel, a scientist named Carl Ferguson, concludes that they are not mythical werewolves (half-human, half-wolf) but rather a “completely separate species,” “a virtual alien intelligence right here at home.”  While studying them, Ferguson recovers a repressed memory of a childhood encounter with them, and concludes that not only have the Wolfen existed alongside men for many thousands of years, but they have also been with him personally for his entire life.  This discovery prompts a profound awakening to a new perception of the world around him.  Ferguson reflects: “Throughout all of history mankind has been living in a dream, and suddenly we’re about to discover reality.”

In 1981 Strieber published his second horror novel, The Hunger.  This one is about an ageless female vampire (a member of “another species, living right here all along”) named Miriam Blaylock, who feeds her insatiable hunger by creating vampire lovers.  Her latest target is a scientist named Sarah, who will soon become fascinated by her own transformation into a vampire.  As she develops super-human senses, Sarah reports “somebody or something moving with her, walking as she walked, breathing as she breathed.  Something not quite of this world.”  She hears “a stirring in the air all around her, like the sound of enormous wings.”  Is it a bird?  A plane?  A UFO?   Strieber doesn’t offer an answer, but he does provide a glimpse of Miriam in her true form as she promises to show Sarah the “secrets” of “the kingdom.”  Here’s the description: “The eyes were not pale gray at all, but shining, golden, piercingly bright.  The skin was as white and smooth as marble.  There were no eyebrows, but the face was so noble, so much at peace that just seeing it made Sarah want to sob out the pretty passions of her own humanity and have done with them forever.” 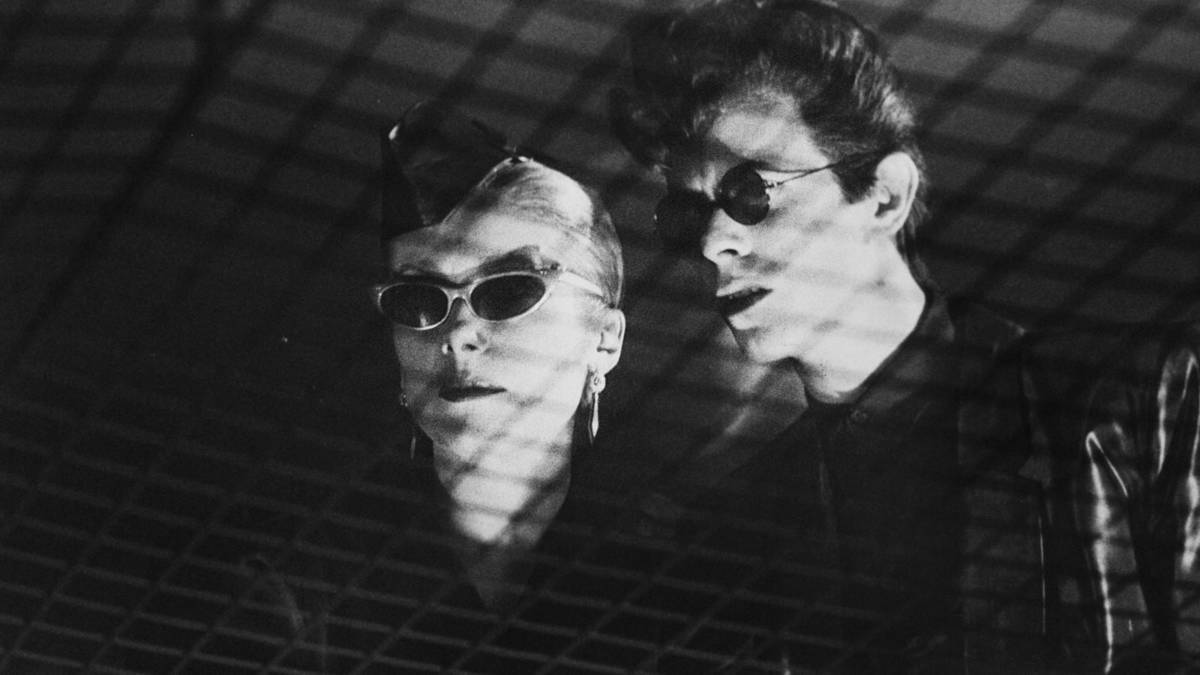 More than one observer noted the similarities between Strieber’s descriptions of werewolves and vampires and his description of The Grays, the alien race depicted on the cover of Communion—prompting some readers to assume that Communion was just another work of fiction, sold to gullible readers as nonfiction.  Strieber emphatically denies that Communion was a hoax, but concedes that his imagination has played a significant role in his experiences with the unknown.  As to the specifics of that role, he is uncertain….. Did his early horror novels in some way predict what would happen to him in 1985?  Did they perhaps even cause what happened to him in 1985?  Did they help to feed an elaborate self-delusion… or did they make him aware of something that is usually hidden but demonstrably real?

In his 1995 book Breakthrough, Strieber offered a new theory: “Imagination can become a time machine.”  Like Carl Ferguson in The Wolfen, the author now claimed to have recovered repressed memories of early childhood encounters with his Visitors.  They came, he concluded, to teach him how to time-travel.  In his books he is doing just that, using imagination to prompt readers to overcome their fears of the unknown.  Those who can grant only limited reality to such worlds of imagination will inevitably regard Strieber’s work as—at best—a series of extended metaphors and allegories, but the author himself cautions us not to dismiss horror fiction too quickly.  Often, he suggests, worlds of imagination overlap with our own.

In 1987 director Philippe Mora, who helmed the film adaptation of COMMUNION (as well as THE HOWLING 2 & 3), had an experience that suggested how close these two worlds can be.  While visiting Strieber’s cabin in upstate New York, Mora had particularly vivid nightmare that he described as follows: “I had the experience of lights blasting through the bedroom window, lights blasting under the crack under the door of the bedroom—I tried to turn the light on in my room, and I couldn’t turn it on and I was pushed back into bed.  […] Then I remember being outside the guestroom door, in the kitchen area, and the whole cabin lit up—every opening, every exterior opening, the whole thing was lit up with moving lights.”  In the morning, he told his host what he’d seen.  In Transformation, Strieber reflected: “What happened to him?  A vivid dream because of where he was sleeping?  I wouldn’t deny the possibility.  But I would also think it foolish to consider that the only possibility.”