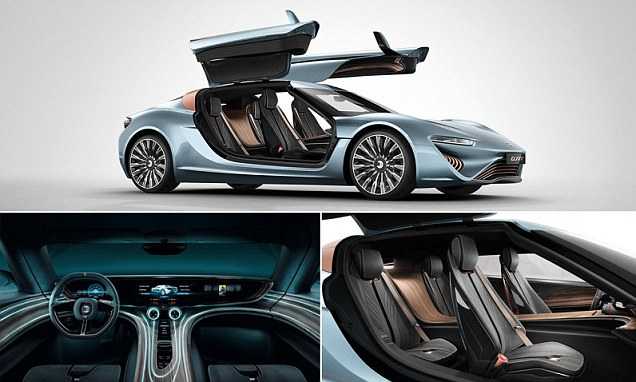 Sports cars may not have the best reputation for being environmentally-friendly, but this sleek machine has been designed to reach 217.5 mph (350 km/h) – using nothing but saltwater.

After making its debut at the 2014 Geneva Motor Show in March, the saltwater technology has now been certified for use on European roads.

The 920 horsepower (680 kW) Quant e-Sportlimousine uses something known as an electrolyte flow cell power system to power four electric motors within the car.
It works in a similar way to a hydrogen fuel cell, however, the liquid used for storing energy is saltwater.

The liquid passes through a membrane in between the two tanks, creating an electric charge. This electricity is then stored and distributed by super capacitors.

The car carries the water in two 200-litre tanks, which in one sitting will allow drivers to travel up to 373 miles (600km).

Inside is a full-length interactive dash, with wood-theme features and an Android-based entertainment system.

No price or sale date has yet been revealed, but some experts suggest it could cost more than £1 million ($1.7 million)

NanoFlowcell AG, a Lichtenstein-based company behind the drive, is now planning to test the car on public roads in Germany and elsewhere in Europe as the company prepares for series production.

It claims the technology offers five times the energy capacity of lithium-ion batteries of the same weight.

‘We’ve got major plans, and not just within the automobile industry,’ says NanoFlowcell AG Chairman of the Board Professor Jens-Peter Ellermann.

‘The potential of the NanoFlowcell is much greater, especially in terms of domestic energy supplies as well as in maritime, rail and aviation technology.’