Blogger MrMBB333 shared an image of a “mysterious creature.” It was discovered 80 kilometers off the coast of Antarctica in a remote region of Antarctica, according to the Sun.

According to the blogger, the pictures are screenshots from the Google Earth service, which were sent to him by his subscriber and conspiracy theorist under the nickname BONKERS.

They estimate the length of the remains at 3.6-6 meters.I don’t know if it was frozen for thousands of years or appeared recently,- the blogger said.

MrMBB333 believes the skeleton belonged to a dinosaur. He came to this conclusion by examining the front and hind limbs of the creature. His subscribers are sure that these are the remains of a seal.

A google search for seal skeleton images shows a pretty good match,- one of them wrote.

Other subscribers call the skeleton “suspicious”. They explain that “seals have no hind legs.” Another wrote that the remains belonged to an alligator or some other reptile.

In the comments, conspiracy theorists also expressed their opinion that “Antarctica is full of unexplained phenomena that may be related to ancient aliens.”

It is also believed that most of the “discoveries” made by users of Google Earth can be explained by the unusual shape of ice or other natural phenomena.

MrMBB333 uploaded his investigation video to YouTube on January 5. Since then, the video has been watched more than 200,000 times.

Advertisement. Scroll to continue reading.
In this article:Antarctica, Google Earth 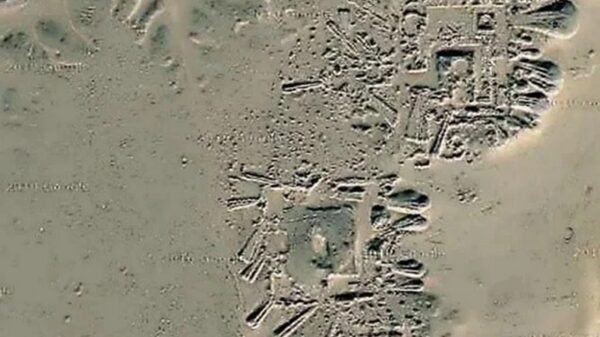