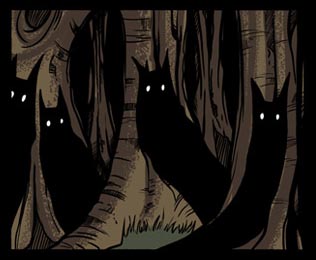 For those who look, they will find. I remember when I was very small that some friend has told me that he sees some “shadow man” from time to time. and that man did nothing, just passing by. But I remember I was scared at that time and asked for the light to be on. And as the time passed I forgot all about this, and than couple a days ago I’ve remembered this story and searched the net for this. To my surprise, this friend of mine is not a lonely one out there. There is a lot of people who had similar experiences.

Who are these Shadow People? The term “Shadow People” is a catchall for entities that exhibit certain characteristics – but their origins can be wildly different. There are different kind of Shadow People: Benign Shadows, Negative Shadows, Red-eyed Shadows, Hooded Shadows and the Hat Man. As I was reading more, I got to realize that most of the encounters people had with these Shadow People were harmless. Like these shadows are tormented and just passing by in a search for something or someone. There was no contacts with them but the constant unpleasant feeling and fear. For the type of red-eyed and negative shadows there are stories written where people felt like they are feeding on their fear. Shadow People may be demonic entities, ghosts, inter-dimensional travelers, or other denizens of the dark realm we call the Unknown. Regardless of their label, Shadow People could very well be more than just one type of being. Brad Steiger, author of “Shadow World,” has studied the paranormal for more than 50 years and agrees – there are many possible explanations for Shadow People. “I would say that experiencers are seeing all of the above and giving them/it the name of Shadow People.”

My thoughts are different on this subject. If these are people who are just passing from one place to another or dimensions as some like to call it, how can’t we all see them? I am sure that there are so many thing we are disabled to see or hear, just for being limited with our senses. We know that there are animals which can detect tones and see things we are not able to, and all of them are around us. So this brings me to a question, if some people can see these Shadow People, why can’t we all? And can our senses be trained to see or hear more?

See what science has to say on this topic: “I’ve been visited by what I presume to be the same Shadow three times in my life, and the memories have haunted me ever since. When I was six, I saw it at my dad’s new house, towering over my bed. I couldn’t move, and I don’t remember what happened next. All I remember is trying to scream, but there was this horrible weight on my chest.” – Luke Purdy

Most of the Shadow People encounters I’ve collected over the years are readily explainable. The experiencer wakes to find a black, human figure standing in the doorway of their bedroom, or leaning over their bed, just watching. A tightness grips their chest like the weight of a person is upon them. They can’t breathe. Suddenly the choking eases, and the Shadow being is gone. This type of encounter is common, and psychology has a name for it – sleep paralysis.

April Haberyan, a psychology professor at Northwest Missouri State University, said most Shadow People encounters are probably the product of dreams. When people sleep and enter the REM phase, “it’s very common for them to see things,” Haberyan said. The fear, the paralysis, and the entities are normal. “There are hormones in REM sleep that paralyze the major muscle groups and it’s called paradoxical sleep,” she said. “(Although) this happens during REM, these people don’t stay asleep and the hormones are still in their bodies. It can last up to eight minutes and they feel pressure on their chest and can see people.” When the experiencer becomes fully awake, the Shadow Person encounter is over – all that’s left is the fear.

From a religious view: Bishop James Long, pastor of St. Christopher Old Catholic Church in Louisville, Kentucky, has studied demonology for years and knows Shadow People well – to him they are something evil. “Shadow People must be taken seriously and they can be quite dangerous,” he said. “When a human spirit tries to manifest itself, its form is black, or otherwise known as Shadow. It is energy trying to manifest itself so that it can appear to have the physical characteristics it had when living on earth.” These entities can move, communicate, and attack, drawing energy from their human victim. “Certainly Shadows that attack are demonic in nature and should be avoided at all times,” Long said. “I would strongly encourage anyone who witnesses a dark Shadow to be careful.”

Most Shadow People encounters are benign, a dark figure lingering in the corners of your life, watching. Could these entities simply be watching us from a realm barely removed from our own? Marie Jones, author of books exploring science and the paranormal, thinks other dimensions could be homes of Shadow People. “In my research into quantum and theoretical physics, I came across … concepts that really opened up the possibilities to me that entities from somewhere else could be coming here” Jones said.

At the end I am still not sure what this is all about. Are these ghosts, travelers from other dimensions, demons or just our dreams? Who can tell with a certainty what is happening and who or what this is? Is it just a vivid imagination?

In this article:shadow man, shadow people 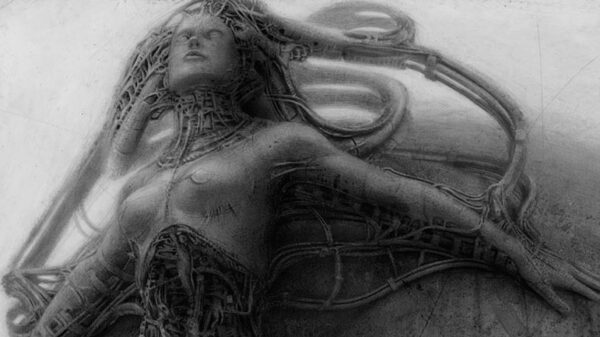 The beginning of the great pandemic and, especially, the subsequent treatment for this global scourge was marked by the appearance of a number of...