That fabled moment when Eve, the first mythic wife of man and mother of all living, accepted fruit from the serpent will remain in infamy as the first great deceit of man by the snake. Of course, despite a rich history of symbolism attained by the lowly belly-crawler amidst its ancestry on Earth that predated his encounter with Adam’s wife, this incident, according to the Western mind, became the very summation of the snake’s establishment as a wary foe to mankind. And yet, even beyond the realm of myth, there are many who hold fast to the notion that a strange interconnection may somehow exist between man and reptile; one which could yield more, perhaps, than a mere myth-association. 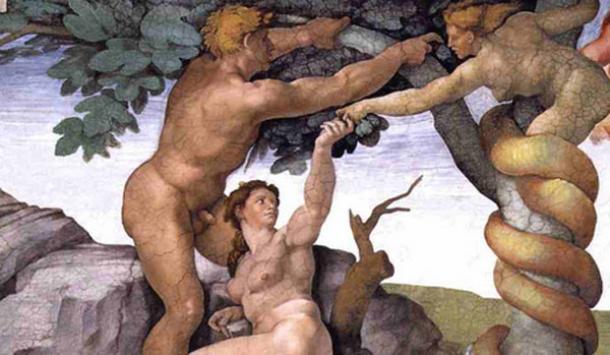 In terms of that prevalence of the serpent-human hybridization myth and the bloodline of the Serpent in human history, we can indeed depart from this primarily Christian mythos altogether, looking abroad at a variety of traditions around the world in which the lowly serpent rises and, rather curiously, appears in therianthropic, half-human form that is suggestive of this intermingling between the species. To examine only a few examples of such serpentine representations found in world traditions, we find the sibling folk heroes of ancient China, Fu Xi and Nuwa, each of whom bore snake’s tails below the waist. Fu Xi is often accredited with the passing of fundamental knowledge and skills such as handwriting and food gathering, while his sister, Nuwa, is credited with the literal creation of mankind.1, 2 In other words, these half-snake deities of Chinese folklore are both responsible for the creation and education of mankind. Thus, humanity is created, and knowledge gained, from those bearing close associations with the serpent. Similar traditions arise from study of ancient Greek mythology, where Cecrops, mythical first king and founder of Athens, similarly bestowed knowledge of writing and reading unto mankind.3 Greek mythology also featured Echidna, mother of all monsters and human-snake hybrid, appearing virtually identical to the aforementioned serpent deities. And again in Lamia, the Libyan queen and child-eater, this preponderance of Greek snake-people is again made evident. 4 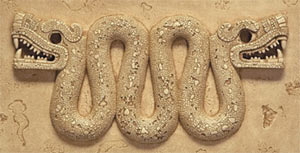 Moving across the great waters, Aztec mythology features a similar hybrid representation of the snake-woman among its gods with the appearance of Cihuacoatl, a goddess of motherhood and fertility whose work alongside Quetzalcoatl (who was himself often serpentine in appearance) resulted again in the creation of mankind.5 Both the passage of technical knowledge, as well as mankind’s creation, remain fixtures amidst the mythos surrounding snake people in early mythologies from all over the world. […] Read the full article at: ancient-origins.net