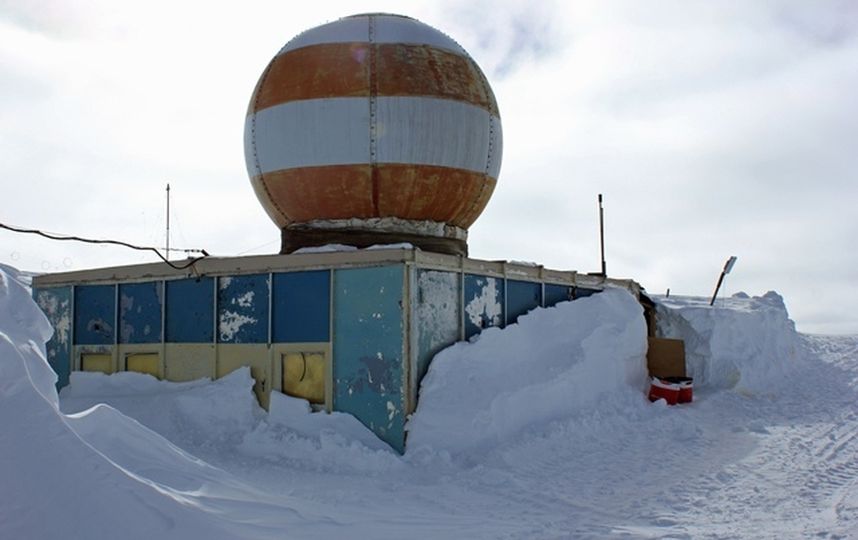 In Antarctica, at a distance of 480 km from the South Pole, there is the huge Lake Vostok, which is not inferior in area to Lake Chad. The ice thickness above the lake is over 3.8 km, its greatest depth is 1200 meters, and in the area of ​​the Russian Antarctic, station “Vostok” is located just above it – at 680 m.

Scientists around the world consider the study of this unique lake one of the most interesting and intractable problems of science in the 21st century. When data was obtained from the orbiting US spy satellites that a cavity with a height of 800 m covered with a continuous ice dome existed above the water surface of the lake, and the instruments recorded high magnetic activity, further implementation of the American research program was suddenly curtailed, and all civilian specialists were removed from it.

The management of further work passed to a special government department – the National Security Agency (NSA). Until 2002, a US organised international team of scientists was involved in the lake research. The NSA then took over entirely. It was announced that such a step was dictated by the country’s security considerations. Since then, not a single journalist has been able to find out what kind of security was meant in the announcement.

So what, under the ice shell of Antarctica, can so attract the US government, as well as Russia, that they send scientific expeditions equipped with super expensive and top secret equipment to the sixth continent, namely to the region of Lake Vostok?

According to available information, the devices installed on the satellites showed that the water temperature in the lake ranges from + 10 to + 18 degrees C!

This means that there are geothermal or some other sources of heat in the depths of the lake. Scientists have suggested that a self-cleaning atmosphere may exist in the cavity between the ice dome and the surface of the lake, and plants may live.

What is so dangerous here?

According to information from various sources, in February 2002, two groups of scientists, carrying out a joint research program funded by the US and British governments, intended to lower special probes equipped with different sensors into the waters of the lake. Suddenly they were instructed to stop all work. No explanation followed.

At the same time, a new contingent of researchers arrived at the Russian Vostok station, along with which a large amount of very expensive ultra-modern equipment was delivered. All this happened in deep secrecy.

Some time after all these events, two extreme sportsmen set off from the Australian station “Casey” towards the lake with the intention of crossing the icy continent on skis. When they reached the lake and while already walking on its ice cover, a US Air Force plane landed nearby and some “plainclothes” invited the team to board, explaining that they had come to rescue them.

Meanwhile, the travelers had serviceable means of communication and did not ask for help. It is known that during the hike, these extreme sportsmen informed their relatives and friends by satellite phones that upon their return they would tell them about something absolutely incredible. However, when they returned home, they did not tell anyone of this, did not give any interviews, and the attempts of journalists to meet with them invariably failed.

Recently, at the Vostok station, biologists of the St. Petersburg Institute of Nuclear Physics carried out analyzes of a core sample taken from deep layers of ice on the lake. A bacterium was found in it that can live at a temperature of +55 degrees C. So, once there was such a temperature in the lake. Or maybe there is now? It turns out that the hypothesis that the water in the lake is somehow heated, for example, by geysers, does not look so unreal?

According to Valery Lukin, head of the Vostok station, in recent years a superdeep well has been drilled in the ice mass, and only 130 m are left to the water surface of the lake, a “flask” sealed for millions of years, of ordinary earthly mud. Where this will lead, no one knows.

Maybe some terrestrial bacteria will destroy all life in the lake – fish, algae, molluscs … But there is no sterile drill yet. And what will burst to the surface in this case, and what the consequences will be, is also unknown. After all, there is no guarantee that creatures or microbes that people on Earth have never encountered will not appear from Lake Vostok!

It was created to study glaciers on Europa, the moon of Jupiter, which is also covered with a multi-kilometer layer of ice. There is water under it, and the temperature on the planet’s surface is minus 70. The same Lake Vostok, only in space! The ice caps of Mars are similar to the East.

The author of the article “Cryo-robots are exploring Antarctica”, published in the magazine “Space”, claims that “this robot has already dived several times in the thickness of the glacier at the South Pole and reached a depth of 1226 meters.” Without much publicity, NSA also shows interest in the work on the creation of a cryorobot and the study of the subglacial lake.

Rumors about Lake Vostok are very different, even among polar explorers. Rumor has it that some pangolins and unknown ancient monsters are found in the lake. Scientists call all this reasoning philistine speculation, but they themselves cannot answer many questions.

Al Sutherland, expedition leader at the McMurdo station in Antarctica, a spokesman for the US National Science Foundation, says:

“Lake Vostok is interesting because any discovery related to it will pose far more questions than answers.”

Different countries are increasingly classifying the work associated with this unique lake, “lurking” under the ice. It looks like something very strange is happening there.

Antarctica now looks like a huge safe that several teams of burglars are trying to open at once, says Dr. Ed Harvey Lou, a glaciologist in England. The trouble is that no one knows what new attack can suddenly emerge from under the ice, which is millions of years old.

The Weekly World News magazine published a report that Norwegian scientists from the Amundsen-Scott station discovered a tower of completely mysterious purpose and unknown origin deep in the Antarctic continent at a distance of 160 km from Mount McClintock.

The structure is 28 m high, built of hundreds of ice blocks and resembles a “watchtower of a medieval castle”. Until very recently, it was hidden inside giant snowdrifts, and appeared to the eyes of amazed researchers only after powerful hurricanes cleared the area around it of snow drifts.

“We have no idea who could have built this tower or how long ago. It could be 100 or 1000 years old,” says Kjel Nergaard, a member of the expedition that made the discovery.

In this article:Antarctica, Lake Vostok