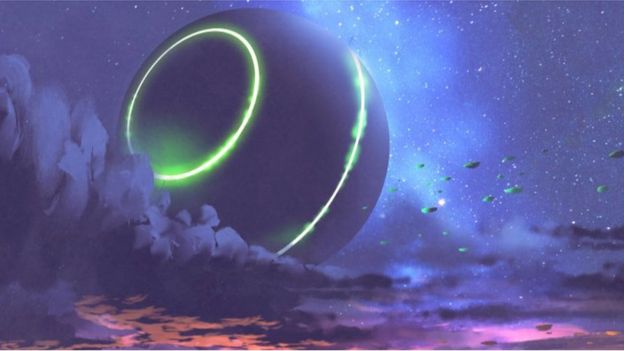 Despite the ongoing stream of UFO reports, science does not currently confirm the existence of extraterrestrial civilizations. However, the search for extraterrestrials is actively conducted, and this search is conducted not only by scientists, but also by businessmen.

42 radio telescopes nest in the heart of California mountains. These gigantic ears listen to the universe, looking for signs of life beyond Earth. The keeper of this unusual research center is Alex Pollak. He makes sure that the antennas work and pick up electromagnetic signals from space.

This is our receiver, similar to the television receivers that people have at home, but much more sensitive. With it, we point to sources (signals. – InoTV) in the sky, where, in our opinion, there may be alien life and there may be techno-markers. At the moment, we know that technology accompanies intelligent life. Billions of information units are stored here on computers, then analyzed with machine-learning tools by Silicon Valley scientists. IT industry entrepreneur Yuri Milner and Facebook CEO Mark Zuckerberg created Breakthrough Listen. The project raised $ 100 million to search for evidence of intelligent life beyond Earth.

Over the past 10 years, we have witnessed an incredible discovery in astronomy in general: exoplanets, planets orbiting other stars, are incredibly common. Almost every star in our galaxy has a planetary system. We have no reason to believe that our galaxy is unique in any way compared to others. That is, there is a lot of space for life, and before we were not so sure about this. Most companies focus their research in outer space, but one studies the phenomena visible on Earth. The United States Navy for the first time declassified three videos with unidentified flying objects made by pilots on a mission.

LUIS ELIZONDO, Director for Global Security and Special Programs at the Academy of Science and Art “To the Stars”:

We cannot repeat this. Usually, if you rotate at an angle of 90 degrees, you lose height. You do not remain in place. And if you are in a helicopter, you are probably not at an altitude of 25 thousand feet! And usually we see heat and jet from the rotor. This is unlike the aircraft we know. And we have studied it the best analysts. Before joining this private initiative, Luis Elisondo led the US Navy’s Advanced Aerospace Threat Identification Program (AATIP).

We want to avoid surprises. Whether it be Russian technology, or Chinese, or enemy … Any other technology that could overtake us in the long run. We are naturally interested in understanding this technology. Each year, the United States receives over ten thousand reports of unidentified flying objects. But so far, neither the scientists nor the 800 satellites now observing the Earth have confirmed any alien phenomena.

In this article:electromagnetic signals, search for aliens