Within the framework of the global mystery of the UFO phenomenon, there is another, still not solved puzzle. Why are many reports referring to a strange triangular ship, often dark in color, virtually silent, and the size of a football field or larger? What exactly are they?

And why are so many people watching them. In 1952, after the United States Air Force coined the term “unidentified flying object”, UFOs were frequently referred to in reports as flying saucers. But witnesses have since described a wide variety of shapes: saucers (or two saucers stacked together), eggs, hats, cigars, boomerangs, light bulbs, and even Tic Tac candies.

The most common shapes were V-shaped, arrow-shaped, or triangular. David Marler, a UFO researcher and author of Triangular UFOs: An Assessment of the Situation, says he has handled over 17,000 cases involving unidentified triangular objects, sometimes called “black triangles.” Whether the sightings represent forward-looking American spy ships, as some have suggested, or of unknown origin, their purpose remains mysterious. Marler says that given their frequent freezes, they can do “observation or scanning, topography analysis.”

“There have been many instances of these vehicles being observed over bases operated by Strategic Air Command,” says Chris Mellon, a former deputy assistant secretary of defense for intelligence during the Clinton and Bush administrations whose career has focused on unconventional threats to American security.

In the 1950s, “60s” and “70s”, reports of triangular UFOs sounded from all over the United States and beyond. During the 1960s, at the height of the Cold War UFO fever, mysterious flying triangles were reported over Connecticut, Georgia, Pennsylvania and Texas, as well as London, Madrid and Czechoslovakia.

In 1969, two National Guard pilots floated on the tail of a “triangular object 50 feet in diameter” over San Juan, Puerto Rico for 20 minutes until they ran out of fuel and had to return to base. Many of these incidents would have been attributed by officials to atmospheric events, weather balloons, or other daily occurrences, but some remained unexplained.

Between 1983 and 1986, there was an outbreak of mass sightings in New York’s Hudson Valley, about 50 miles north of New York. One witness, Kevin Soravilla, a retired lieutenant with the Yorktown Police Department, described a huge, silent vessel, with a wingspan of 100 yards, Soravilla said he called Stewart Air Force Base in nearby Newburgh to see if it was one of transport planes C-5, then the largest and heaviest aircraft in the world, in the sky that night; none were in the sky.

Later that year, a triangular UFO hovering on the Taconic Parkway section of New York’s railroad caused a huge traffic jam when dozens of motorists stopped to watch the UFO. Similar incidents have continued in the region for several years.

‘Exceeded the limits of conventional aviation‘

Many witnesses describe the extraordinary abilities of these ships. One evening in late November 1989, two police officers patrolling Eupen, Belgium, near the border with Germany, noticed a strange triangular object overhead. In the days that followed, hundreds of Belgians reported similar UFOs, described in news reports as “a triangular object with a bright red central fire” or as a “flying ground” with three huge searchlights.

In March 1990, the Belgian Air Force dispatched two F-16s to get a closer look at one triangle that was seen on radar. Their on-board computers recorded the object’s remarkable maneuverability and its ability to accelerate from 1,000 kilometers per hour (about 621 miles per hour) to 1,800 kilometers per hour (about 1,120 miles per hour) in seconds. “What the computers registered exceeded the limits of conventional aviation,” a Belgian air force colonel told reporters.

In March 1997, Phoenix, Arizona, USA, became a UFO hotspot when about 30,000 locals saw something strange in the sky. Some reports said the mysterious object was V-shaped, but many described it as triangular. “He was in the shape of a triangle and had three lanterns. He moved very slowly,” the 11-year-old scout was quoted as saying.

The recordings show the shock expressed by various law enforcement groups, who were all in radio contact with each other. The National UFO Reporting Center, which has cataloged over 8,100 triangular UFO sightings since the early 1960s, counted over 200 in the first half of 2020.

Many of these UFO sightings have been investigated repeatedly. The Belgian triangles were explained as stars, planets, balloons or bubbles, a small mass hallucination. Fires over Phoenix were ruled out because rockets were dropped by the Air National Guard during the exercise, although this theory has many skeptics.

Some say the New York sightings were a hoax perpetrated by local stunt pilots. One explanation concerns the possibility of an “airship effect”. This theory states that people who see unrelated lights in the sky can lead themselves to believe that they are all part of the same object. Three lights? Probably a triangular spaceship. Three lights hundreds of yards apart? Probably a very large triangular spaceship.

Other speculation focused on top-secret aircraft. While the US government has remained silent on the matter, it is common knowledge that the Air Force has experimented with triangular and V-shaped aircraft for decades, including the B-2 Spirit and F-117 Nighthawk stealth bomber and possibly other classified models. Sightings of the triangular aircraft near the secret test site Area-51 in Nevada may indeed be associated with test flights of some of these vessels.

However, the unusual size that many witnesses describe is puzzling. And for Marler and others, the amount of sightings and sane behavior of ships, combined with their inexplicable sudden accelerations, point away from known military technology.

If they are not local, then who are they? One theory suggests that these vessels are mapping specific areas. The sightings in southern Illinois took place within 1 to 2 miles of Scott Air Force Base, home to the US Air Mobility Command, which coordinates all global transportation for US forces.

“An adversary planning a future attack would like to know every inch of the battlefield,” he says. However, the mystery of the black triangle remains. “There is a lot of data,” says Marler. “But there are no answers.”

Advertisement. Scroll to continue reading.
In this article:Area-51, triangular UFO 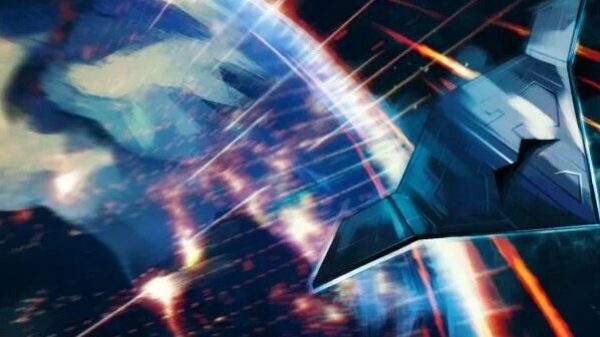 A commercial satellite discovered an aircraft in “Area 51” that almost completely matches the description of the sixth-generation NGAD (Next Generation Air Dominance) US...