Since 1776, the Illuminati have murdered millions of people. Most of them have died as a result of hunger, disease and war, the instruments that the Illuminati normally use to eliminate people, whom they consider little more than cattle. 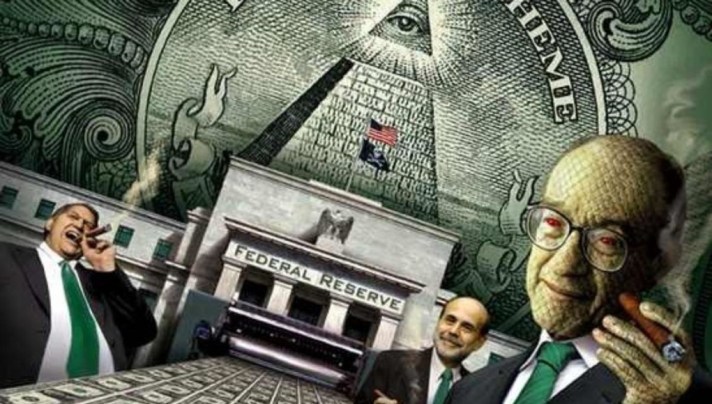 But some murders attract attention because of the prominence of the murdered individuals. The most worrying fact in recent years is that they can cause cancer in a person without anyone noticing with a directed energy weapon without anyone ever knowing who it was. For example, Aaron Russo (February 14, 1943 – August 24, 2007) was an Anglo-American filmmaker and libertarian political activist. He received numerous awards for his achievements, a Grammy, a Tony, an Emmy and six Oscar nominations. He described himself as a “freedom fighter.” His political career began in the 1990s and he died on August 24, 2007.

In a historical interview with Aaron Russo in 2005 and shortly before dying of cancer, he deepened the knowledge of privileged information given him by a member of the Rockefeller family.

Russo told him – before 9/11 – of the plans to carry out terrorist attacks, invade foreign nations, and give impetus to a state-of-the-art police grid control that would account for populations, every movement with implantable RFID microchips. This presentation full of information, is full of images never seen before. Throughout the film, Alex Jones breaks the latest activities of the New World Order and the way relations in what Russo predicted.

Aaron explained how the elite has created the women’s liberation movement to break up the family and receive a woman’s work tax. Russo is opposed to the deception of democracy – which is no more than the law of the street guaranteed to produce tyranny. Russo also exposes the Federal Reserve and the IRS. The explosions of the unconstitutional and predatory institutions that have paralyzed the North American republic and crushed the people with false taxes, inflation and the loss of privacy.

Russo explains that he himself was persecuted in the 1980s by a criminal “retroactive” tax regime that tried to impose new taxes on the years that have passed. At nightfall on the Republic, Aaron Russo offers a strong appeal to the forces of freedom to rise up and crush tyranny. Only then can the Republic be restored.

Russo also comments that “many people in Hollywood know the truth, but they do not do what they should do because they lack courage, they are afraid of losing their materialistic life”. “The key to hope is that THEY need us, the population, to cooperate with their plans, so they wash our brain daily with TV, if we do not collaborate, they are lost.”

Finally Aaron Russo reminds us of a wise phrase “Evil can only prosper if good men do nothing” (Edmund Burke). We must stop these bankers and liars thieves, we have to unite all good people to overthrow evil. “If you do not fight against corruption and for what is right in life, you end up being a servant, a slave, you are worthless and you leave your children a world in which you would be ashamed to live”

Advertisement. Scroll to continue reading.
In this article:Aaron Russo, illuminati