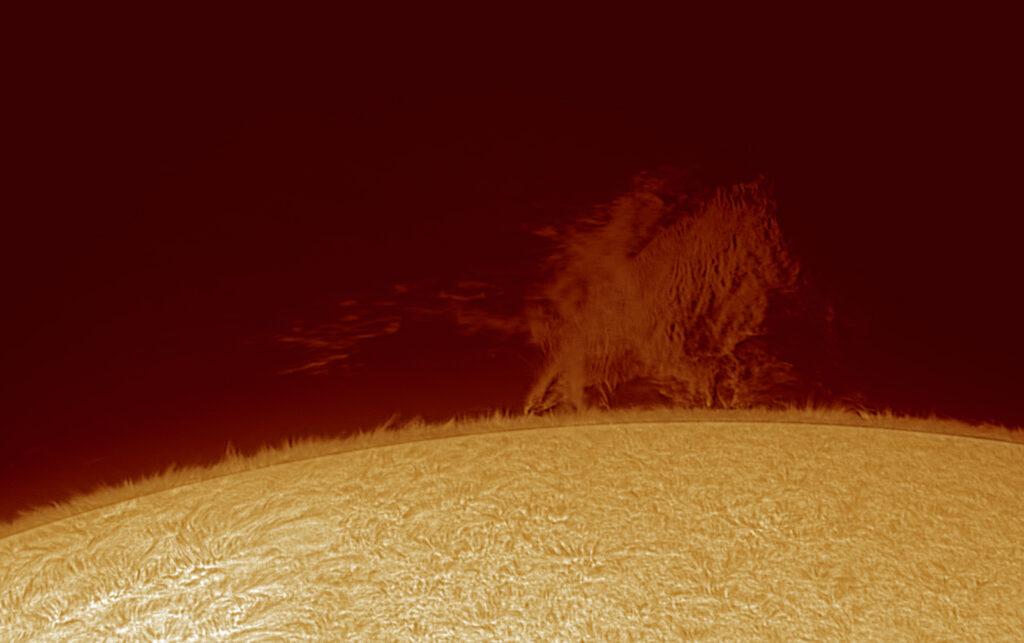 For the third day in a row, astronomers around the world have been tracking very unusual solar prominences that have emerged along the sun’s northeastern edge, spaceweather.com reports. Education is growing every day and is constantly changing shape.

Solar prominences are relatively dense clusters of material ejected by the Sun, which are held above the surface by magnetic fields. The height of these formations is tens of diameters of the Earth, and if this or that planet somehow falls into this area, it will become part of this prominence, that is, it will turn into a cloud of gas.

Fortunately, this prominence will not reach the Earth in any way and the concern of astronomers is caused only by solar activity itself, however, today a mystical component has been added to these concerns.

As the solar photographer Maximilian Teodorescu, who took a new photo of the anomalous prominence, writes, “it looks like a ghostly rider on a horse”:

Professional photographers and artists are, of course capable of seeing a future sculpture in a piece of stone, but here, even without a grain of imagination, the rider is obvious. And he is fiery red, which immediately brings to mind the famous quote from Revelation:

1. And I saw that the Lamb had removed the first of the seven seals, and I heard one of the four animals, speaking as if in a thunderous voice: go and see.

2. I looked, and, behold, a white horse, and on him a rider with a bow, and a crown was given to him; and he went out victorious, and to conquer.

4. And another horse came out, a red one; and it was given to him who sat on it to take peace from the earth, and that they should kill one another; and a great sword was given to him.

The eschatologists conspiracy theorists have long dealt with the first horseman. The first rider was given a crown – this is exactly what it is written in the original, which was slightly subtitled in translation. The second rider must be red, with his appearance the war must begin.

On the evening of August 17, the beloved clairvoyant of Poles, Krzysztof Jackowski, went on the air to answer subscribers’ questions about the situation in Afghanistan. According to him, everything is just beginning there and the world is on the verge of a very big conflict. Then everything will happen quickly, scary and harsh.

Yesterday, when someone asked me about Afghanistan, I had a vision that what is happening there is only a spectacle in the foreground, and what happened in the depths is actually very dangerous. According to my feelings, the global situation is reaching a new level – more severe. After what happened, the world will soon be on full alert – the jokes are over.

Now a certain familiar and obvious order is being destroyed. In my opinion, the United States has either become weaker, having ceased to play the role of the gendarme of peace, or on the eve of events in the Middle East, America washes its hands and for some secret reason leaves its bridgehead. The Americans left Syria, abandoned the Kurds. Now they are leaving Afghanistan, followed by the rest of NATO. It doesn’t look good – as if America does not want to be in the midst of some big and bad events.

And I’m not talking about Afghanistan – I’m talking about Iran and the Middle East. And what is happening in Afghanistan is not a victory for the Taliban, but rather a provocation. The Taliban are just a tool in the foreground, but they themselves obviously do not know this. The closest thing I see is an army on the border of Afghanistan and this army will not be Afghan. Then Kabul will be surrounded and soon there will be great chaos.

After that, something big will happen and it won’t be in Afghanistan. I am thinking about some other conflict, perhaps there will be more than one conflict. At first, no one will believe that all this can lead to something serious, but the development of events will scare everyone and all countries will begin to mobilize their armies, everyone will be ready for something. Poland and Europe in general will not be directly affected by the conflict, but everyone in Europe will be terribly frightened.

What will happen and where I cannot say for sure yet, but the conflict or conflicts will be a continuation of the global plan – after all, you need to start somewhere. Remember, I once said that a “dirty bomb” would go off in the vicinity of Israel , that there would be some kind of yellow dust in the Middle East. These events are coming. As I said, the turbulent period in the world will stretch for three and a half years. So far, only one and a half have passed.

In this article:Four Horsemen, Sun 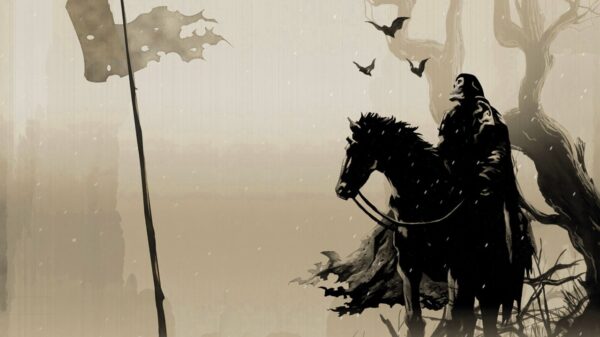