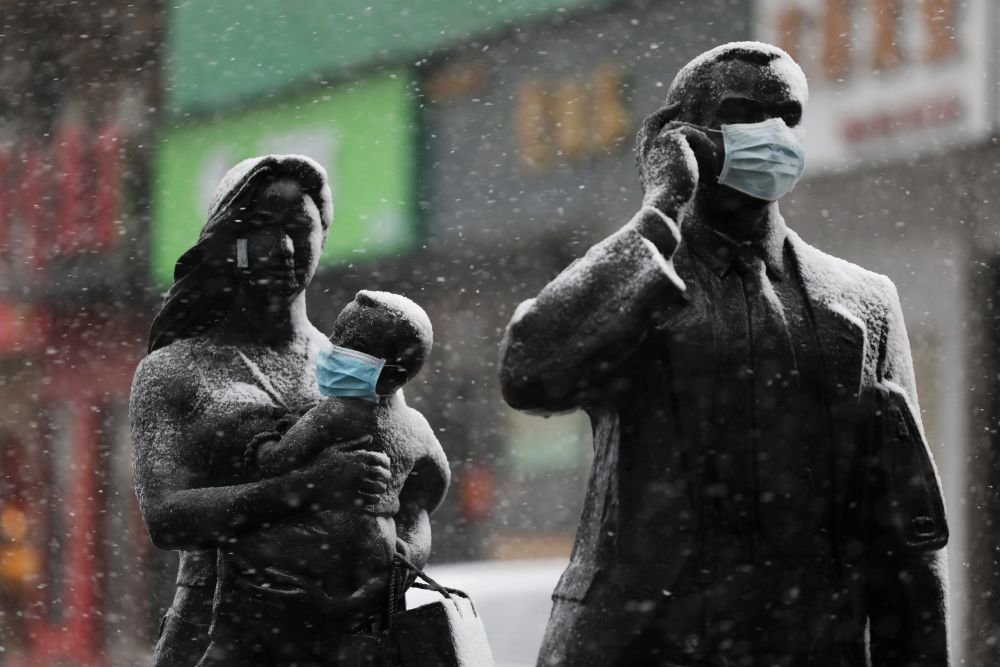 In the beginning of January, when the coronavirus was a little-known problem in a far-off backwater in China, Rabbi Yosef Pinto, an internationally acclaimed Israeli mystic rabbi who currently lives in Morocco, announced that he had a vision. He told his followers:

“Everyone knows that I am very careful in my statements, but soon something terrible is expected in the world. The world will be shocked, which will go down in history as one of the worst. It will start in a few days. We must start preparing and praying right now.”

And now, when everyone saw that the rabbi was absolutely right, people begin to listen to his other words.

Last week, Rabbi Pinto made a statement confirming that his vision really concerned the coronavirus:

“We must be prepared. What is happening in China is developing into a global catastrophe and the consequences will reach almost all corners of the world. This will soon become clear to all.”

“I am not trying to scare anyone. I am only coming to tell the truth. Since the outbreak, tens of thousands have died in China, millions are being held in quarantine, for several weeks. Those who don’t die from the disease are dying of hunger. Soon, the supply of food will run out and the security forces will realize that they are also in quarantine and they will try to save themselves.“

“Very soon, people will begin to realize that so much information is being hidden from the public about how the government is locking people in their houses. We are entering the hardest period the world has experienced in several centuries.”

“The economy of the world is balanced on China but China is on the verge of total collapse. All of the stores that sell Chinese products will have to close. There is no more China as we know it. This has already happened. The only Chinese products we have in the stores are what was in the warehouses before the virus. And there will be even more plagues, more epidemics. China will be entirely quarantined.”

The rabbi cited a prophetic source for the coronavirus.

I will pour out my anger upon Sin, the stronghold of Egypt, and I will destroy the wealth of No. I will set fire to Egypt; Sin shall writhe in anguish and No shall be torn apart; and Noph [shall face] adversaries in broad daylight Ezekiel 30:15-16

In modern Hebrew, “sin” (סין) is the name of China. Since this prophecy is not entirely applicable to Egypt, it is possible that it is precisely about China.

“I know that what I am saying is frightening but every single one of us has to pray for the entire world, to light candles, and to seek God’s forgiveness. We need to pray for redemption like never before.” says the rabbi.

However, the rabbi assured his followers that Israel will be affected by the plague far less than the rest of the world, so the Jews who have not yet returned have very little time left to do so.

“Every nation has its appointed angel who is responsible for what happens to the nation, whether for good or ill. When the angels fight, there are wars on earth between those nations.” said Rabbi Pinto in a separate statement, recommending that Jews traveling during this difficult time pay special attention to reading sections of the Torah regarding Jewish wanderings in the desert.