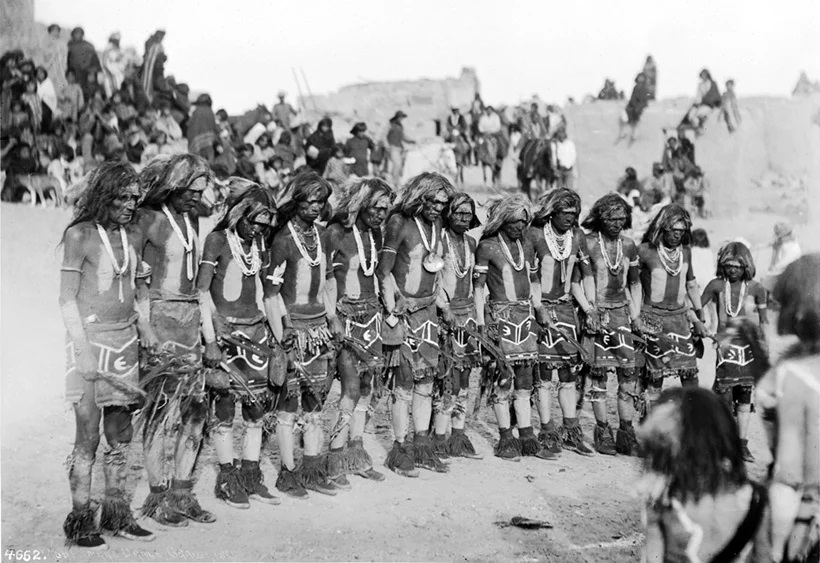 Hopi is an Indian nation that currently resides in Arizona. To date, the tribe is very small, lives on a reservation with the name “Hopi”.

The ancestors of this Native American people were representatives of ancient culture, according to legend, initially the Hopis consisted of various representatives of other tribes, united over time into a separate nation. The Hopi tribe has preserved ancient traditions, including one of the most interesting cultural monuments is the Hopi stone tablets that symbolically depict the history of the tribe, as well as the predictions for future times. And the Hopi tablets, among other things, contain direct predictions of the end of the world.

Native American culture implies a special proximity to the earth, to nature. Therefore, Hopis often claim that they feel a certain responsibility for what is happening now with the ecology on our planet. Meanwhile, the spirits in which the Hopi Indians believe, according to the tribe itself, literally sound the alarm, predicting terrible cataclysms.

Hopi spirits report that a global climate change will soon begin around the globe, there will be a widespread increase in air temperature (which, however, is already beginning to come true).

Also, the prophecies of Native American spirits say that soon the waters of the ocean will rise, and the Sun will shine so brightly and strongly that its light will begin to be destructive to people. Here it must be said that the Hopi themselves interpret the last warning not verbatim, but speak of some possible global explosion, possibly the use of nuclear weapons. This is not surprising, since the Hopi tribe in the last century suffered from the explosion of an experimental atomic bomb, which was carried out at a military training ground in Arizona in the immediate vicinity of the Hopi reservation.

In general, the predictions of Indian spirits about global cataclysms cover the period until 2035, by which time, according to the indicated prophecies of spirits, the number of people on our planet will noticeably decrease, including due to strange diseases also predicted by spirits. Native American predictions speak of a mysterious virus that will plague the entire planet like a plague and noticeably harm the world’s population.

After this, a final change will occur, the climate will change, maybe even the poles of the planet will change, cold and warm regions will change places, both the landscape and the outlines of the continents will change. According to the predictions of the Indian spirits, a very small part of the world’s population will be in the new surviving world. And only this handful of survivors will have a second chance to create a new civilization, which will get another opportunity to arrange life on earth correctly.

Believe it or not in the predictions of the Indians is a purely individual matter, but perhaps there is some truth in them. Share your opinion about this in the comments.