Why does the virus suddenly massively kill stars, actors, footballers, managers, ministers, politicians and is already getting close to the top officials of states? According to probability theory, this is hardly possible. This is some indicative flogging.

Trump was surrounded by an infected person. Brazil’s president (rumored) is sick, and yesterday the news said it in plain text. Bashir al-Assad with his wife in quarantine. Why?

The wife of the Canadian Prime Minister is also infected.

Why close the most important and largest commercial mass events – football matches, car dealerships, symposiums, fashion shows, etc., but allow schools to remain open? Are they not sorry for the children?
We are not talking about Italy. There, yes, everything is quarantined. But in Europe, where statistics are growing like a snowball, why does everything work? Children go to school as usual.

The British government says it’s impractical to close universities, where do we get foreign students from dormitories? They have nowhere to go.
Strange logic. If there’s nowhere to go, it’s better to get infected with the virus in these hostels, but at the same time they will infect the local ones?

Trains, planes from Italy to Europe arrive on schedule. No one is quarantined. What is it like?! Yesterday 17 (!) Planes landed at London airports from Milan, affected by coronavirus plague. And nobody checked anything, neither temperature, nothing. Passengers were advised to self – destruct themselves to isolate for two weeks and, on parole, they were released on all four sides. Did they all went crazy there?

Or maybe because of such a nonsense that they know that coronavirus is something else ?

Well, in China, Iran, we saw all these scary videos about people falling on the streets, bags of corpses, walled up houses, police arbitrariness, pits for mass graves … Mobile crematoria, sulfur smoke over Wuhan, visible from the satellite …

Was it? But the cause of death in China could be completely different. What about the mass test of the 5G system, which was carried out exactly at that time in Wuhan?

Some call it “galloping schizophrenia” and connects the outbreak of the virus in Wuhan with a mass test of 5G technology (genetic weapons, killer rays) in the population. At the same time, all other countries are forced to “sing along” and show their domestic epidemics, harm their economies by canceling major commercial events, even such as Switzerland and the United Arab Emirates. Otherwise, they can be hacked through 5G towers with radiation tuned to their own genetic code.

And most importantly, why invent 5G and spend so much money, with the goal of just killing the population? For sure, there are more economical methods than that.

Well, here’s Dana Ashley from California and she talks about the same thing, only cleverly:

“Is coronavirus really a disease, or is there a connection with the 5G technology company (60 GHz in China) using Wuhan as a pilot city . Testing ground for its system? Incredible coincidence of coronavirus symptoms with symptoms of 60 GHz waves in humans, namely the effect on oxygen uptake through hemoglobin. This particular frequency is absorbed by oxygen in the blood. A frequency of 60 GHz causes the electrons to rotate around the oxygen molecule, which inhibits the ability of hemoglobin to yl absorb oxygen molecules.”

In the video, Dana provides a detailed technical explanation. But the bottom line is that some of the symptoms of coronavirus surprisingly coincide with the symptoms of oxygen starvation. People choke, they are tormented by dry cough without any sputum, dizziness, pallor, weakness, shock, muscle convulsions, diarrhea …

High fever, however, is not included in this list.

Perhaps 5G and a bunch of real viruses are launched simultaneously.

In Wuhan, there really was a 5G mass test. They installed 3 thousand large and 27 thousand small transmitters. The test time coincided with the spread of the coronavirus.

Dana notes that the Diamond Princess cruise ship was also equipped with the latest 5G satellite-related system, which allows uninterrupted high-speed internet, despite the fact that the ship is constantly surrounded by water. This innovation was especially emphasized in commercials. Passengers were exposed to massive radiation, 24 hours a day, even during quarantine!

Partial connection to the 5G system was also carried out in many other cities and countries that are now suffering from an elidemia – Hong Kong, South Korea, some cities in Italy, Germany, Britain …

Dana says about another interesting point: China recently completed the construction of a giant antenna, 5 times the area of New York City !

The official purpose is to detect earthquakes and minerals, other sources call the implementation of communication with submarines. The exact purpose of this mega plate is not known. Wuhan is located in the antenna radiation propagation zone!

Yes, the virus is most likely real.
Perhaps there are several.
Perhaps it is manageable.
Perhaps mutated or out of control.
It is possible that other programs are being implemented in parallel, with the support of 5G technology.
Perhaps something went wrong with the Chinese during the tests.

We believe the virus was planned. Who are the authors and architects? Could a third force intervene?.

We see what is happening as a global “dismantling” of elites for world domination.

A ball of intricacies, mutual attacks, retaliatory actions and related errors.
There is no and cannot be a simple and clear picture. This is a multi-layered pie of truth, half-truths and lies, where one simple and clear fact is depicted on the surface for the public, but under it lies a whole series of others that contradict the main one. A sort of Napoleon from geopolitics and the struggle of the various parts dividing this world cake.

In this article:5G, coronavirus China, featured 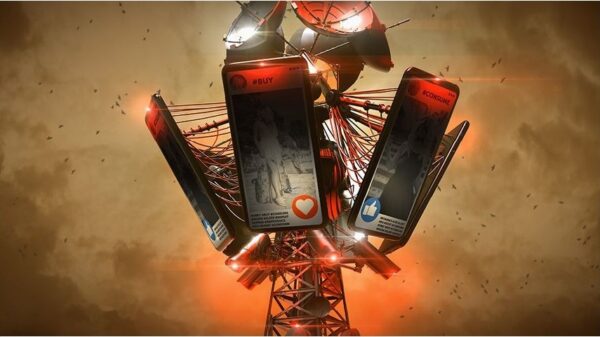