If there’s anything to this controversy, Christians have pulled off the largest hoax against mankind in the history of the world. Two organizations have arrived at this conclusion: the Priory of Zion, and the followers of Islam.

Quran on the Crucifixion

According to the Quran, the holy book of Islam, Jesus was not crucified and there was no resurrection. This goes right to the heart of Christianity, whose members believe that the death of Christ paid for the sinners who needed redemption. If this is not true, there is no hope for Christians to achieve eternal life.

Muslims believe that Allah rescued Christ and took him to heaven, and possibly someone else might have been crucified in his place. That person was likely to have been Judas Iscariot, one of the disciples of Christ.

A quotation from the Quran points out that the Jews thought they killed Christ. “And because of their (the Jews) saying: We slew the Messiah, Jesus son of Mary, Allah’s messenger–they slew him not nor crucified him, but it appeared so unto them….but Allah took him up to Himself.”

The Gospel of Judas offers some support in this theory. It was first discovered in Egypt in 1978 and is considered to be a part of the group of Gnostic Gospels not officially recognized by Christianity because the church has deemed them to be heretical. It suggests that Jesus orchestrated his own death and assigned Judas to turn him over to the authorities.

This elusive French organization is a 900-year-old secret society which may hold the conclusive proof that the crucifixion was a fake. Here may be the repository of the underground secrets found in a small French village, Rennes-le-Chateau, and the truth of Christianity. But as Dan Brown hints in his book, The Da Vinci Code, the members of this society guard their secrets well.

Possibly the Priory of Zion also guards a link to the Knights Templar, which indicates that the organization has a long history in European power since the days of the Crusades. It may also be strong enough to have influenced various Popes across the centuries.

The Priory’s past grand masters include Leonardo Da Vinci, Sir Isaac Newton, Victor Hugo and even the famous medieval alchemist, Nicolas Flamel of Harry Potter fame in The Sorcerer’s Stone. Jean Cocteau, the twentieth century writer-artist, now serves as the current grand master. The official list of grand masters includes 26 over the past 700 years.

However the rest of the secret guarded by the Priory may be that Jesus Christ married Mary Magdalen, fled to France after the crucifixion and their descendants live in France today. Whether or not there is any truth to this controversial story remains to be seen.

When Henry Lincoln, a BBC documentarian, and Michael Biagent with Richard Leigh (both historians) published this book in1982, they set off fireworks which are still blazing across the skies today.

In their book, Holy Blood, Holy Grail, the authors addressed a riddle about the crucifixion of Christ which has been perplexing Europe and France, in particular, for at least 100 years.

They set out to discover what happened in a small village, Rennes-le-Chateau, in the Pyranees Mountains in 1885. While restoring the ancient church, the parish priest, Berenger Sauniere, found an important secret cache of papers containing codes and ciphers and delivered it to the church. Now those papers reside with the Priory of Zion.

From that point on, the simple priest’s life took a dramatic turn. He resumed the church restoration and discovered a burial crypt and possibly gold. In turn, he made a number of strange changes in the church design and religious art, some of it gruesome, and spent a fortune on rare antiques and artifacts.

Sauniere never revealed his secret. There is some suggestion that the gold was a Templar treasure hidden away by the Christian heretical sect, the French Cathars.

So what was the grail? The Priory suggests that the grail wasn’t a cup, but the womb of Mary Magdalene who carried Christ’s child to France when she escaped Jerusalem after the crucifixion. It was the literal direct lineage of Christ as it resulted in the Merovingian dynasty.

Under Hitler’s orders during World War II, Otto Rahn of the Nazi SS searched Europe and the Middle East for the Holy Grail. His men excavated various sites in the vicinity of the village Rennes-le-Chateau but their search was futile. The movie “Indiana Jones and the Last Crusade” with Harrison Ford dramatized the exploration. 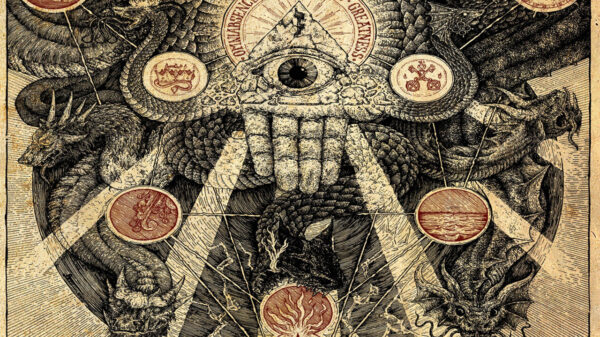 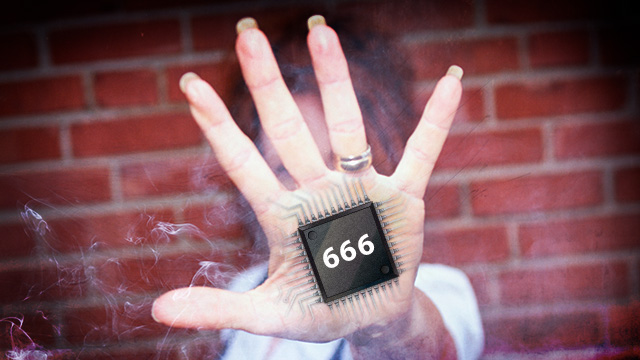 Cathy don’t go to the supermarket today! There’s a very strange man at the checkout stand and there’s a laser scanner where you place...