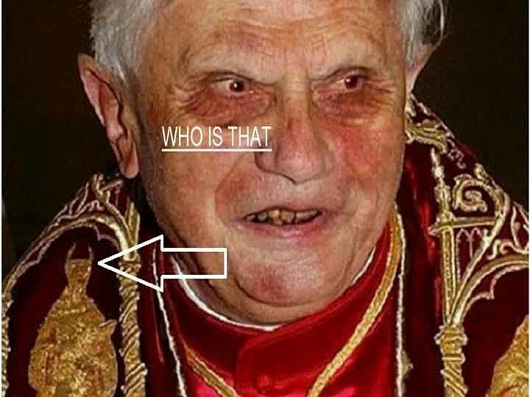 CHILD sex scandals rocking the Catholic Church are proof of the Devil living in the Vatican, the Pope’s chief exorcist claims.
Father Gabriel Amorth, 84, who has carried out more than 70,000 exorcisms in 50 years, said that Pope Benedict “fully agreed” with him in “casting out evil”.
In the last few months, the Catholic Church have been rocked by a series of sex scandals in Ireland, Holland and, most recently, Germany.
Even the Pope’s brother, Father Georg Ratzinger, has admitted he hit choir boys.
Italian priest Fr Amorth said: “His Holiness fully believes in casting out evil.
“The Devil lives in the Vatican. Naturally it’s difficult to find proof but the true consequences are visible.
“We have cardinals who don’t believe in Christ, bishops connected with demons.
“Then we have these stories of paedophilia. You can see the rot when we speak of Satan’s smoke in the holy rooms of the Vatican.”
Fr Amorth was speaking yesterday during the launch of Memoirs Of An Exorcist, written by Italian journalist Marco Tosatti.
Fr Amorth, the basis for the priest in hit horror movie The Exorcist, said he had “six or seven assistants” to help him hold down possessed people while carrying out exorcisms.
He thinks the 1981 attempt on the life of the late Pope John Paul II and the recent attack on Benedict were the work of the Devil.
He also criticised JK Rowling books, saying: “Behind Harry Potter hides the signature of the king of the darkness.”

Fanatical religious nutter or is there any truth to the Devil lives in the Vatican?