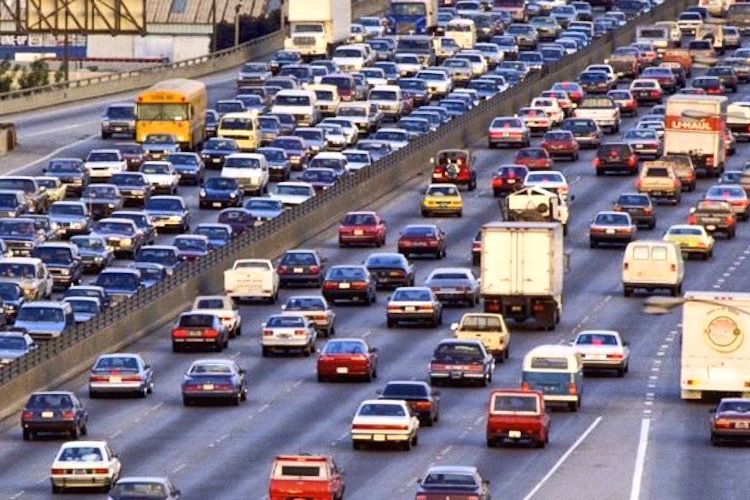 First let’s define the differences between a soft-slave statist and a free-range human.

A soft-slave statist is anyone who believes they need a ruler to rule over them, who thinks they need permission to be free, who blindly worships a flag, and who believes violence is the answer to solving problems.

A free-range human, on the other hand, rules over him/herself, does not need permission to be free, does not worship a flag, and thinks that violence is only necessary when used in self-defense or in defense of those not capable of defending themselves. Besides that, free-range humans practice the following core principles…

“Live simply so that others may simply live.” ~Gandhi

Nobody exists in a vacuum. We are social creatures. As such, we need each other to be free in order to remain free. I remain free for you and you remain free for me. We maintain our freedom and the freedom of others by being kind, compassionate, tolerant, and by treating others the way we would like to be treated.

The golden rule is in alignment with the universal laws that dictate what’s healthy and what’s unhealthy for human survival. As social creatures, we need each other more than anything else other than oxygen, water, food and shelter. So it behooves us to keep each other healthy, despite unhealthy man-made laws. And the first step toward remaining socially healthy is keeping and maintaining a good conscience.

Nothing maintains a good conscience better than practicing the golden rule. The best way to practice the golden rule is to live in moderation. If everyone lives in balance with nature, and each other, and only takes as much as they need, the tragedy of the commons can be avoided. Otherwise, it leads to structural violence.

The Non-Aggression Principle (and the Art of Fighting without Fighting)

“Absolute freedom mocks justice. Absolute justice denies freedom. To be fruitful, the two ideas must find their limits in each other.” ~Albert Camus

Whether it’s an overreaching individual or the overreaching state, violence seems to be the dividing line. Freedom is primary up until the point that a person, or a group of people (like the state), becomes violent and thus violates the non-aggression principle. Freedom trumps justice up until the point someone uses their freedom in a violent way, then justice must trump freedom. “Your freedom to swing yours fist ends an inch from my nose.”

At that point one must either decide to be a coward/slave, and just take the abuse, or practice courageous self-defense, and rebel against the abuse. The ideal is to practice the art of fighting without fighting up until the point that you absolutely must fight to defend what you love. As Gandhi said, “When there is only a choice between cowardice and violence, I would advise violence.”

Freedom must find its limit in justice and justice must find its limit in freedom. Otherwise, we either find ourselves living in a free-for-all state where anybody can do anything without any consequences (think the movie The Purge), or we’re living in a violent authoritarian state with oppressive laws and little freedom (think statism). Ideally, freedom balanced with justice and justice balanced with freedom is the healthiest way.

“If you can fall in love again and again, if you can forgive as well as forget, if you can keep from growing sour, surly, bitter and cynical, you’ve got it (a life well-lived) half licked.” ~Henry Miller

Radical forgiveness is forgiving yourself for having once been deceived. It’s also proactively forgiving others for their own deception.

Free-range humans understand that most humans are not free. They realize what it takes to become free and how difficult it is to maintain. Cultural conditioning must be re-conditioned. Societal brainwashing must be washed off. Political claptrap must be transcended. And the residue left over from a profoundly sick society must constantly be cleansed.

Radical forgiveness is proactive forgiveness on the fly. It’s a deep, visceral acceptance of the way things are, regardless of our need for it to be a certain way. It’s a decisive acceptance of what we can and cannot control. It gives us permission to authentically and sincerely deal with the world the way it is, despite what we’ve been conditioned and brainwashed into believing.

It creates a fearlessness and a willingness to transform whatever negative, counterproductive, unhealthy, violent shit gets thrown at us into something positive, progressive, healthy and nonviolent. It gets us out of our own way so that we can finally get down to the nitty-gritty of creating meaning despite meaninglessness.

It is a giant sigh, saying, “Okay. Time to make the best of it.” It gives us the insurmountable courage to transform demons into diamonds, fear into courage, anger into strength, and wounds into wisdom.

“It is not society that is to guide and save the creative hero, but precisely the reverse. And so every one of us shares the supreme ordeal––carries the cross of the redeemer––not in the bright moments of his tribe’s great victories, but in the silences of his personal despair.” ~ Joseph Campbell

Radical interdependence is the deep understanding that everything is connected. Free-range humans are keenly aware of this, because they have overcome their own nature-deprivation (and all the anxiety, neurosis, and stress that comes from it) by becoming free-range. They are in sacred alignment with the universal laws that govern all things and dictate health.

We can use this re-conditioning strategy to update almost any precondition. From statist indoctrination to worldly cosmopolitanism. From fear-based perspective to courage-based perspective. From irrational belief to rational thought. From an unhealthy stagnant lifestyle to a healthy progressive lifestyle. From a fixed and rigid psychology based on outdated ideals, to an open and flexible psychology based on updated ideas.

From codependence through independence and into interdependence, free-range humans are constantly in the process of self-overcoming. They realize that the very evolution of the species is at stake, and they are willing to die to make that evolution a healthy one.

Gary Z McGee, a former Navy Intelligence Specialist turned philosopher, is the author of Birthday Suit of God and The Looking Glass Man. His works are inspired by the great philosophers of the ages and his wide awake view of the modern world.

This article (The Philosophy of the Free-Range Human) was originally created for The Mind Unleashed and is published here with permission. It may be re-posted freely with proper attribution and author bio.

Advertisement. Scroll to continue reading.
In this article:Non-Aggression, simple life